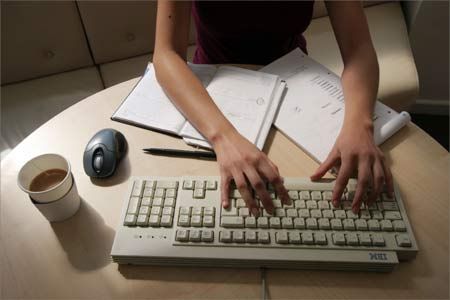 Is the Airtel Zero plan really a big blow for net neutrality? Will it end the ‘free’ internet as we know it? Amidst the hullaballoo over the issue, Sudhir Bisht provides a contrarian view.

Before I put forth my position on net neutrality, I would like to draw attention to the commonly held perceptions about the two main components of the subject -- the ‘Internet’ and the concept of ‘neutrality’

While Webster’s may have the more exact definitions of the two words in question, my own assessment of the view of society-at-large towards the concepts of ‘Internet’, ‘neutrality’ and ‘Internet neutrality’ singly and jointly, can be summarised as under:

Internet: The new hygiene factor in our lives. It is seldom appreciated when it works fine but leads to mass frustration when it becomes unavailable

Neutrality: As long as I am not the one who is asking for sides to be taken, I want the world to be neutral.

This is how Internet neutrality can be best described:

The service provider is giving me few free gifts?

What did you say please?

The provider will decide what gifts I will get free?

This is against the law of free selection.

I should be allowed to choose my free gift!

How the Hullaballoo started

As soon as Airtel announced its marketing programme, a major online retailer and many others welcomed the concept with open arms and announced its support for the Airtel initiative. Almost within 24 hours of this announcement a campaign started against the Airtel initiative. Within hours it was termed as ‘unfair’, ‘unjust’, ‘anti-small enterprises’ and finally the opponents of the programme decided upon the narrative that the market initiative goes against the tenets of ‘net neutrality’

The doomsayers have the following arguments against Airtel Zero

The principal opposition party too has joined the net-neutrality bandwagon

This argument is completely invalid as Airtel has no control over the mind of the Internet user. For the sake of argument, if we assume that rediff.com is my favourite website for purchasing books, then there is no way I am going to purchase my books from any other site just because to access the other site I don’t have to pay the data charges. This kind of argument is an insult to the internet consumer.

Airtel is just offering some apps free. Just as the the Hindustan Times gives Brunch free every Sunday. The operator is not charging any data fees when certain apps are accessed. It is completely up to the user to download these apps or not.

My counter to this argument is very basic. I as a consumer or a customer want the best deal for myself. I as a customer believe that there are small business enterprises and there are big business enterprises. Just as small businesses can’t afford the centrespread of the Times of India, it is likely that a small enterprise may not be able to participate in Airtel Zero plan. However, just as businesses survive and thrive even when they don’t advertise in the ToI, small businesses will survive even if they don’t participate in Airtel Zero.

In any case the smaller enterprises can still have their webpage which will be accessible by the users. The only difference is that the user will pay for the data usage at the normal rate. Why should I, the user, be dragged into the injustices and inequalities that exist between big and small businesses?

Just as by giving Brunch free with every Sunday edition of the Hindustan Times the newspaper can’t force its readers to read Brunch, the operator has no way of forcing the user to use the apps paid for by the app providers. Many readers of the Hindustan Times would tell you that they really look forward to reading the Brunch magazine every Sunday but there may be some readers who may just not be interested in reading it.

To give strength to my counter-argument, let me give another example. When Mint was launched by HT, I received a trial copy free for a few days. Now I am an HT fan but when it comes to business and economics, I rely upon the Economic Times. Just because I was given a copy of Mint free, I didn’t stop buying ET.

The same would be true for Airtel Zero. Just because a free app would cajole me to go a certain travel site, I wouldn’t stop visiting my usual travel site, say, makemytrip.com.

Unless of course I will find that the travel site that Airtel keeps recommending is much better than my usual travel site.

This would indeed be a very ugly situation but Airtel has declared that it will neither block nor throttle the speed of those enterprise websites who don’t participate in Airtel Zero.

Tough measures exist to deal with such anti-consumer and monopolistic practices. And if they don’t then an appropriate mechanism has to be set up before any such marketing initiative is launched by Airtel.

My own belief is that the Competition Commission Act 2002 has adequate provisions that could take care of such malpractices.

The newly-elected state government in Delhi is giving free water supply up to a particular consumption level. It is also giving a big rebate on the initial few units of electricity consumed. The Delhi government is giving this relief from the state budget. This is called subsidy.

The Airtel Zero plan is somewhat like that. It is asking marketers to pay data charges on behalf of consumers. The consumer is the end beneficiary. My own assessment is that Airtel will soon realise that only free data will not lead them into a monopoly situation.

Airtel will have to compete with other ISPs who may not offer any free app to anyone but may reduce the overall price of their data services to the users.

And what would happen if the Delhi government is able to make the capital a free WiFi zone? Who will bother about the free apps, at least in Delhi?

This to me is the lamest of all arguments. The proponents of net neutrality are really being sarcastic. They must know that freebies are best doled out by political parties. And even in the case of these so-called freebies by the state governments, the money comes from us, the tax-payers. There are no freebies in the final analysis.

My response to the main arguments above should take care of the criticism of the free apps initiative by the oldest political party of the country. In addition, I would humbly submit that the party which sold spectrum for a song can sing any tune, any time. And it is free to do so.

Sudhir Bisht is an author and columnist. Feedback welcome at sudhir_bisht@rediffmail.com

Also read:
FAQ: What's net neutrality? How does it affect you?
Splitting India into many Internets
Telecom operators can't make rules for the Internet
Net neutrality: Lessons from cable TV