The Bengal Tiger, the Asiatic Lion and the more widespread leopard have had to swallow their pride.
Rarely has the prime minister turned up in person, sun hat and camera at the ready, to welcome a member of the big cat family, notes Shyam G Menon. 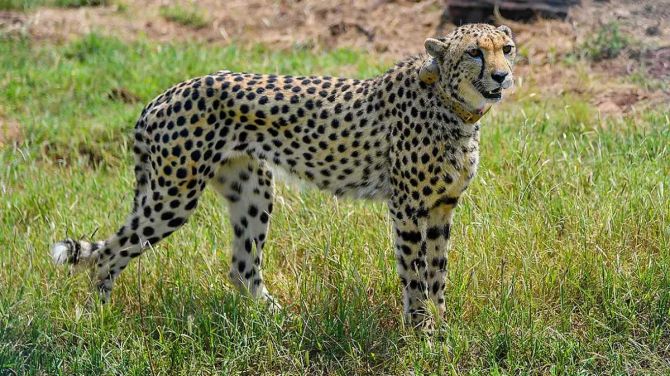 IMAGE: A cheetah is seen after being released inside a enclosure at the Kuno National Park in Sheopur, Madhya Pradesh. Photograph: PTI Photo

Aasha, Sasha, Saisa, Savannah, Cibili, Obaan, Freddy and Alton -- learn the names by heart for they may soon be the stuff of quiz competitions.

For competitive edge, master the variations in spelling too that appeared in the media; there was Siyaya, Freddir, Tbilisi and Elton.

Knowing our government, the eight may make it the education syllabus. But that could take time.

Given the culturally sensitive times we live in, the original names of India's Namibian cheetahs needn't sit well.

Aasha is alright. But the rest?

The self-appointed guardians of Indian culture may force their say on the matter.

Whatever, the cheetahs have arrived and whether India likes it or not (which is the style preferred by the BJP to do business) they are here to stay. 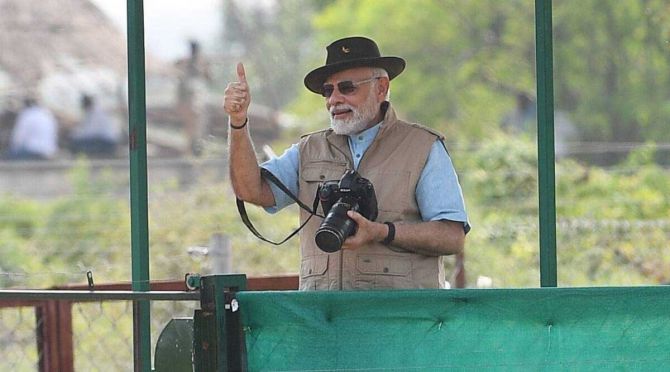 The Bengal Tiger, the Asiatic Lion and the more widespread leopard have had to swallow their pride.

Rarely has the prime minister turned up in person, sun hat and camera at the ready, to welcome a member of the big cat family.

Rarely has a cat's advent courted the publicity blitz of a VIP presence and its following on social media.

Shortly after the cheetahs arrived, we were treated to media reports of how 'cheerful' they seemed in their new habitat, how they were in 'good spirits', how they had 'enjoyed' their first meal and how they could be seen 'frolicking' in their quarantine enclosure. 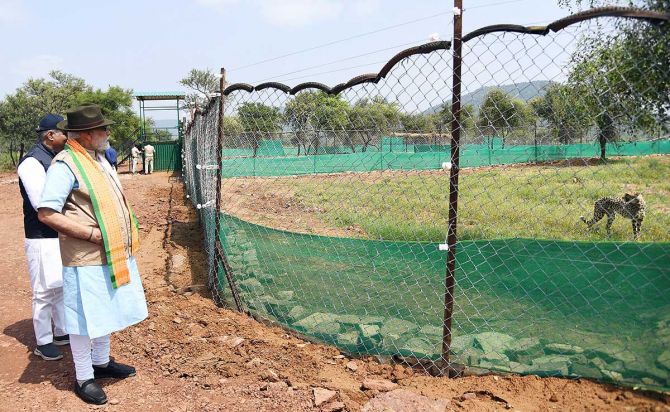 With all the publicity so far, the park the cheetahs were released into can expect becoming a pilgrimage of sorts. It's the typical outcome when cults high on social media, decide to do something.

Stories, real and unreal, will proliferate.

The cheetah is excellent raw material for that as its main attributes are speed and the title of being the fastest land animal.

Expect it to fly. IMAGE: A photograph of the last three Asiatic cheetahs (on record) shot dead in Surguja district, Madhya Pradesh, along with Maharaja Ramanuj Pratap Singh Deo who reportedly shot them down at night as reported in the Journal of the Bombay Natural History Society by his private secretary.
The Asiatic Cheetah has never been recorded in India after this. Photograph: Kind courtesy Private Secretary to Maharajah Ramanuj Pratap Singh Deo/wikipedia.org/Creative Commons

The 1948 killing of three cheetahs by the maharaja of Surguja is usually considered the end of the animal's previous existence in India. Wikipedia mentions a 1951 sighting as well.

After that, the Asiatic cheetah was deemed extinct in India.

Seventy one years later, eight African cheetahs from Namibia have been brought to rekindle the animal's presence in the wild.

What should capture our attention are the unchanged elements of the story. 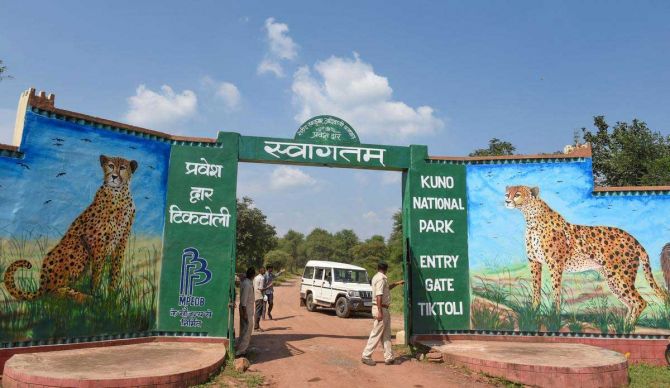 The cheetah remains the most delicate-looking of the big cats and at the same time, the fastest land animal. This is the exact quality that made it sought after by generations of royalty and aristocracy.

A cheetah on a leash, while no comparison to a lion or a tiger in similar predicament, was still a big cat as fashion accessory.

Given its ability to hunt, it was employed in coursing, the sport of hunting game animals using the tracker's strength in sight as opposed to scent.

Adult cheetahs that had already been trained by the parent to hunt were trapped and kept in captivity to assist in royal hunts.

A problem was that the animals reproduced poorly in captivity. It is said to have been among factors causing the Asiatic cheetah's extinction in India.

Wikipedia says that by the early twentieth century, sightings of the Asiatic Cheetah in the wild had become rare in India and the animal was being imported for use in coursing.

This is what human vanity gifted the Asiatic cheetah.

The question to ask is: What happened to that vanity; did it die like the cheetah did? 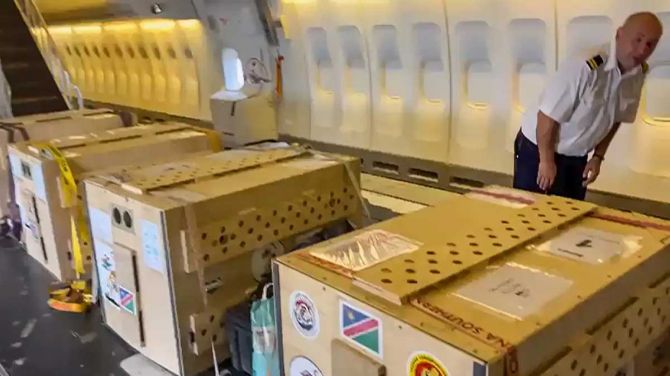 Its vanishing acquiring pace in the years of royalty and colonisation, the cheetah went extinct in India just after independence.

Politically, once the British left, India set itself on the path to being a modern democracy.

We wished for a country authored by the values enshrined in the Constitution.

Seventy five years later, while India has grown tremendously in several sectors, what has also grown alongside is a strong sense of vanity.

There is the quest to manufacture an impressive identity for the country and a lot of that burnishing -- fuelled as it is by tradition, money and marketing -- includes indulging new and old aristocracy.

With millionaires, billionaires and powerful politicians around (besides the old royals), the ranks of those seeking an exotic India for address have arguably multiplied.

Distracting the public through entertainment, as at old Roman arenas, has become an established tactic in governance. Thanks to modern laws, coursing and keeping wild animals as pets may be impossible. 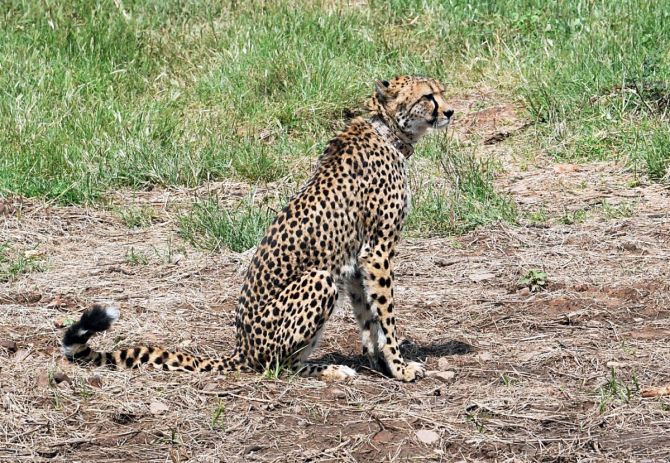 But just as we demand the return of the Kohinoor to complete the idea of a resurgent, regal India or take pride in some of the wealthiest persons on Earth now hailing from the country, a cheetah in the frame would be nice.

Does it hold anything meaningful for the common man?

All one wishes is that Aasha, Sasha, Saisa, Savannah, Cibili, Obaan, Freddy and Alton, relocated by humankind to a place that once exterminated their Asiatic brethren, fare well.