India should remember that Pakistan-Saudi Arabia relations will remain special due, not least, to bonds of all Muslims with The Holy Land.
They would also be strategic enough, irrespective of whether the ambassador is a military man or a career civilian appointee., notes Rana Banerji, who headed the Pakistan desk at the Research and Analysis Wing, India's external intelligence agency. 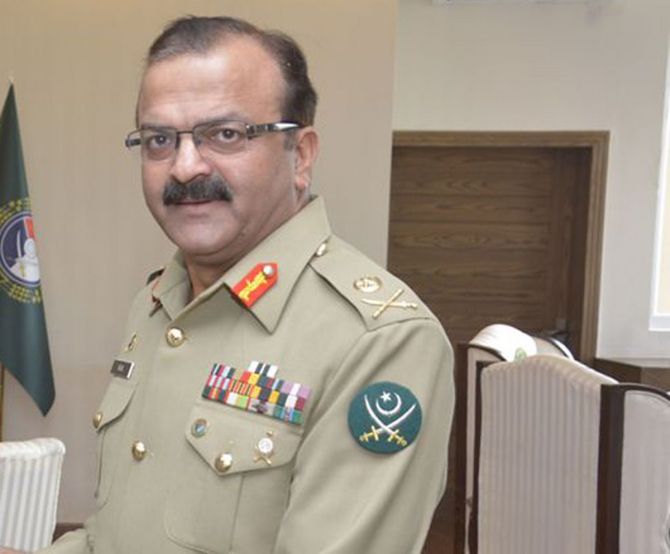 As Pakistan seeks to rebuild ties with Saudi Arabia, which have been frayed in recent months over the oil loans repayment schedule and perceived lukewarm support on the Kashmir issue in fora like the Organisation of Islamic Conference, Lieutenant General Bilal Akbar (retd)'s appointment as Pakistan's new ambassador in Riyadh is being sought to be projected as an attempt to restore age-old close ties, including a trusted defence relationship.

If possible, the Pakistani media would have us believe, this may help also to erode or reverse Saudi Arabia's developing warm relations with India.

In August last year, the Pakistan-Saudi Arabia spat came to a boil when Pakistan's Foreign Minister Shah Mehmood Qureshi called on the OIC to do more to resolve the Kashmir dispute.

The statement was seen as an unprecedented low in relations.

Though in the past, the Pakistan army deployed infantry brigades in Saudi Arabia, currently only a small contingent of about 2,000 military personnel may be located there on short term security and training jobs.

Though the Saudis had asked for a larger assignment of troops, for possible deployment in the war in Yemen, this was not considered politically desirable in Pakistan, for fear of annoying Iran.

The Saudis also look warily on Pakistan's cementing of ties with Turkey.

The Pakistan ambassadorship to Saudi Arabia has always been regarded as a prestigious assignment, both for career diplomats of the Pakistan foreign service as well as for well-networked defence services personnel, after retirement.

Whenever defence services personnel have been appointed to this plum post, the approval of Pakistan's army chief has been a sine qua non, given the Pakistan military's disproportionate clout over the foreign policy establishment during at least, roughly half of its 74-year history.

The Imran Khan government had appointed a high profile career diplomat, Raja Ali Ejaz to this post in January 2019.

Ejaz was consul general in New York, had served as director, United Nations and on the India desk at the Pakistan foreign servce headquarters as well as at Pakistan's high commission in London.

He had taken over from Vice Admiral Khan Hasham bin Siddique (retd).

Though Pakistan army generals have been appointed ambassadors to Saudi Arabia in the past, the last general to serve as Pakistan's ambassador in Riyadh was Lieutenant General Asad Durrani (retd) (September 2000-September 2002), lately much in the news for his fictionalised tome, Honour Among Spies.

For Pakistan's defence services, the kingdom of Saudi Arabia assignment appears to have been earmarked as a slot for the Pakistan navy.

This appeared to be a reciprocal arrangement as the Saudi ambassador to Pakistan currently is Saudi Rear Admiral Nawaf bin Saeed Al Malhi, long serving as the Saudi naval attache in Islamabad, now elevated as ambassador.

This time, the Pakistan navy's slice in diplomatic posts appears to have been diverted to accommodate ieutenant General Bilal Akbar. 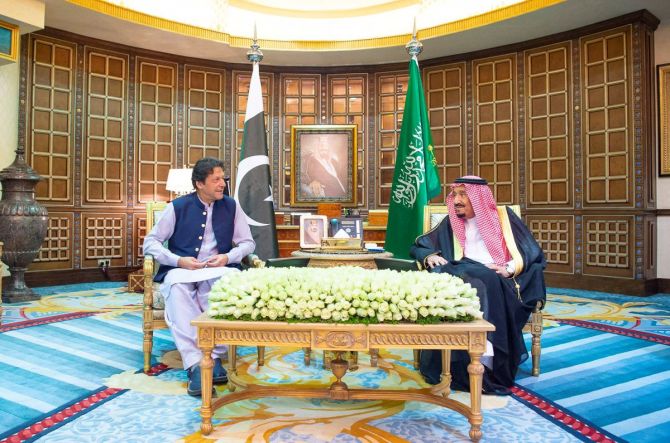 An artillery officer commissioned in the 73rd Pakistan military academy course in Kakul, 1976, General Akbar had been earmarked for the military high road long ago. He served as GoC, 11 Division Lahore and completed his Quetta staff college assignment with credit.

He also did a stint in the Turkish staff college in Istanbul.

In fact, when General Bajwa became army chief in 2016, stepping into General Raheel Sharif's shoes, he promoted General Bilal Akbar, then director general, Pak Rangers, Karachi, and picked him to be his chief of general staff .

As a perceived favourite, General Akbar then went on to hold the prestigious X Corps Command in Rawalpindi, albeit only for a year (Septembet 2018-September 2019).

The Bajwa extension and the Pakistan supreme court imbroglio, with then chief justice Asif Khosa commenting caustically on the proclivity of Pakistan's generals to give themselves extensions of tenure, saw a temporary falling out of Generals Bajwa and Akbar.

General Akbar was in the doghouse for a while as he was perceived to be sympathising with the group of disgruntled lieutenant generals led by Lieutenant General Sarfaraz Sattar.

He was shafted to a comparatively less important assignment as the chairman, Pakistan ordnance factories, Wah in November 2019.

However, a mending of fences appears to have taken place subsequently.

General Bajwa visited the Pakistan ordnance factories, Wah, with much fanfare on November 27, 2020, just before General Akbar's retirement on December 10, 2020. 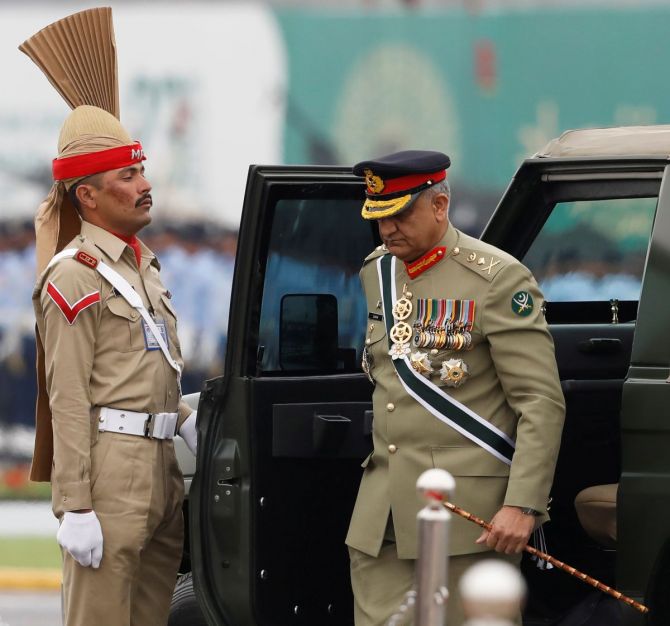 The sop to General Akbar now may involve tackling difficult political tasks, on behalf of General Bajwa especially, to be performed with some discretion.

General Raheel Sharif shuttles between Riyadh and his home in Lahore.

The Pakistan army leadership and even the Pakistan foreign office was not very pleased with the manner in which General Raheel Sharif accepted this assignment, without waiting for required defence ministry clearances or government approval.

This has rankled with General Bajwa and his senior coterie of lieutenant generals.

In Riyadh, General Akbar would have to keep an eye on the continuing bonhomie between the Saudi royal family and General Raheel Sharif.

Reports are also surfacing that former prime minister Nawaz Sharif may consider shifting to Saudi Arabia if the Pakistan government's efforts to seek his deportation from the United Kingdom, where he is located currently, ostensibly for further medical treatment, gather momentum.

His close relations with the Saudi monarchy, where he had remained in exile after General Musharraf's banishment in December, 2000 are well known.

In September last year, Nawaz Sharif made rather strong anti-army statements, which provided a fillip to the Pakistan Democratic Movement's agitation in Pakistan.

He followed it up later with personal criticism of General Bajwa and the director general, Inter Services Intelligence, Lieutenant General Faiz Hamid.

On this front too, General Akbar may have to step beyond mundane diplomatic protocol, to remain clued up on what may be brewing.

In the ultimate analysis, India should remember that Pakistan-Saudi Arabia relations will remain special due, not least, to bonds of all Muslims with The Holy Land.

They would also be strategic enough, irrespective of whether the ambassador is a military man or a career civilian appointee.