It is most unlikely that the US would take kindly to Indian claims of having shot down an F-16. There is too much commercial interest involved, says Col Anil Athale (retd). 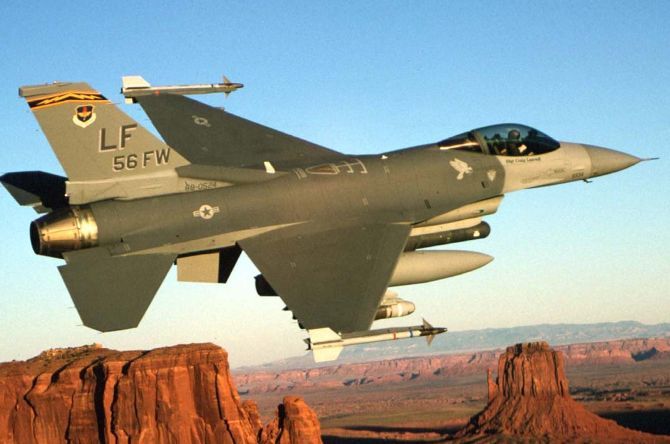 The controversy over India shooting down a Pakistani F-16 seems to have got a new lease of life after an American publication claimed that all the F-16s in Pakistani inventory are accounted for. This flies in face of the February 28 announcement by Pakistan that it had downed ‘two’ Indian aircraft.

The usually reliable Dawn newspaper had then reported from Karachi, quoting the Inter Services Public relations spokesman: ‘PAF shot down two Indian aircraft inside Pakistani airspace. One of the aircraft fell inside AJK while other fell inside IOK. One Indian pilot arrested by troops on ground while two in the area.’

Maj Gen Ghafoor said after Pakistani strikes across LoC, two Indian aircraft violated Pakistani airspace and were engaged by PAF jets. ‘Both aircraft were shot down, one fell on our side of LoC, while the other fell on the other side,’ he maintained. He also claimed that two Indian pilots had been taken captive, one of who was in custody, while the other was in hospital for treatment of his injuries. However, in a later message sent to journalists, the ISPR corrected that only one Indian pilot was in captivity.

While the Pakistanis corrected the number of pilots in its captivity, it has not changed its stance on having shot down ‘two’ Indian fighter aircraft.

Pakistan has a history of lying as far military setbacks are concerned. In the 1971 war, when Indian Air Force attacked and burnt down the Karachi oil tanks, the Pakistani TV actually passed it off as Mumbai burning. Even later during Zia Ul Haq’s time, in 1980s, Pakistan never publicly acknowledged the loss of Qaid post (now renamed Bana post in honour of PVC winner Bana Singh who captured it).

Even during the Kargil conflict in 1999, Pakistan never accepted the casualties in its Northern Light Infantry and refused to accept the bodies of its dead soldiers, who lie buried on the Indian side of the LC. Given this history, Pakistani behaviour is predictable.

Unlike Pakistan, India is not a country that is controlled by its military, and in Indian system it is impossible to hide if a second aircraft was lost. Obviously circumstances point to a Pakistani aircraft being shot down. We do not have any confirmation about other type of Pakistani fighters. A clue that Pakistani JF-17 ‘Thunder’ was used in the dogfights on February 28 is to be found in the statement by a person who was involved in its development.

‘Proud to announce, I was project director for JF-17 Thunder program jointly produced by Pakistan and China during the tenure of General Pervez Musharraf,’ retired PAF Air Marshall Shahid Latif said in a statement on social media on February 28. ‘Today, same jets targeted and shot down Indian jets which entered Pakistani Airspace.’

The vehement American reaction to the Indian claim of having shot down an F-16 aircraft by MIG-21 -- virtually a ‘Grandfather’ fighter jet that is more than 60 years old, is understandable. For the last several years the US has been trying to sell its F-16 aircraft to the Indian Air Force with a promise of shifting the entire factory to India, but to no avail. It is therefore most unlikely that the US would take kindly to Indian claims of having shot down an F-16. There is too much commercial interest involved.

If the recent behaviour of the American media is any guide, we must be careful of taking American remarks seriously. When last week it became clear that the Boeing 737 Max had software glitches that led to two crashes (one in Indonesia and another in Ethiopia), the US was the last country to ground its fleet and Boeing was in denial mode for over two weeks.

Immediately in the aftermath of the 1971 Bangladesh war and defeat of Pakistan, Henry Kissinger wrote that he was worried over the impact of defeat of ‘American arms’, as he put it. The reality today is that arms exports are a major part of US economy and any dent in that area can be disastrous.

Indians will do well to take the American media reports with not just a pinch but a tonne of salt!