Of Indira, Of India!

'It is from her that present-day political stalwarts continue to draw lessons on testing the limits of Constitutional democracy, and whose slogans even her party's staunchest opponents imitate even after over 30 years of her death,' says Veenu Sandhu. 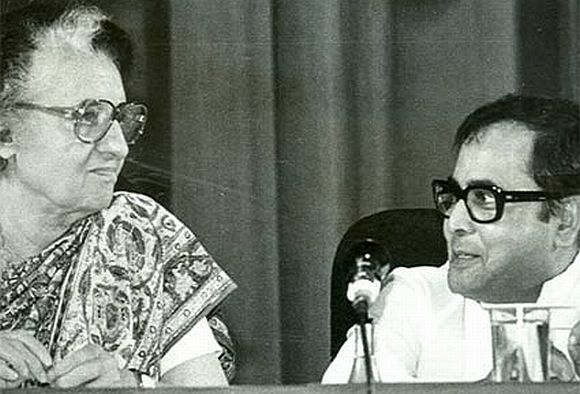 IMAGE: 'A sizeable chunk of India's current population was born after Indira Gandhi's death. Few of them know what India was like under her. But the ones who do remember it only too well.'
The then prime minister with Pranab Mukherjee.

Though seemingly down and out, the party she so emphatically formed around her cult is in celebratory mode.

Ahead of her birth centenary, three books centred on her have been published already.

Ghose's publisher has declared on the book jacket rather presumptuously that 'This is the only book you need to read about Indira Gandhi'.

One wonders whether they are forgetting one of the finest books on her has already been written: Katherine Frank's Indira: The Life of Indira Nehru Gandhi, a thoroughly researched tome that was first published 16 years ago after six years of extensive work.

So what more could Ghose offer?

A fair bit, it turns out, when you read The Great Dictator, a chapter that stretches over almost 70 pages and which alone is reason enough to pick up this book.

Drawing from all possible sources, Ghose puts together Indira's life, the events of which would transform this once frail, uncertain woman into the most formidable politician India has seen.

It was her 15 years as prime minister, in two stints, that created the cult of personality-driven politics, the full force of which we are feeling today.

It is from her that present-day political stalwarts continue to draw lessons on testing the limits of Constitutional democracy, and whose slogans even her party's staunchest opponents imitate even after over 30 years of her death.

A sizeable chunk of India's current population was born after Indira Gandhi's death. Few of them know what India was like under her. But the ones who do remember it only too well.

Through Indira, Ghose does well to jostle our memory and take us to the past to show us the future we could well be staring at one more time in history.

Ghose turns the spotlight on the master tactician who had only India's interest in mind but who paradoxically also came to believe that she and only she could be trusted to safeguard that interest by keeping a tight hold on the reins of power.

So much so that, as Ghose writes, on the eve of declaring the Emergency, Indira said to West Bengal Chief Minister Siddhartha Shankar Ray, 'I feel that India is like a baby and, just as one would sometimes take a child and shake it, I feel we have to shake India.'

At the pinnacle of power after the decisive 1971 War that would liberate Bangladesh, the leader who could have, given the mandate she enjoyed, channelled the hope and optimism of the country into creating a new kind of politics, became a victim of her political insecurities.

There is a sense of here and now in Ghose's writing as she talks about how Indira tried to compromise robust institutions that are essential for a healthy democracy and reduce them into appendages of the prime minister's office.

Banks, courts, the press, Fundamental Rights were all grist for her brand of authoritarianism before the judiciary stepped in and 'saved Indian democracy'.

Here was a leader who could no longer tolerate dissent, who would come to view opposition not as a necessity in a democracy but as a conspiracy against her that needed to be actively discouraged.

It is a familiar narrative that many believe is being replayed. This makes Ghose's book all the more relevant.

In her book, Ghose draws insightful parallels between Indira and her father Jawaharlal Nehru, to whose expectations she constantly tried to live up but against whom she would also rebel to marry Feroze Gandhi.

'Nehru, the disciplined Congress soldier, regarded the party as bigger than himself,' Ghose writes. 'But Indira Gandhi had created a Congress reliant entirely on herself.'

'She (Indira) was comforted by the mediocre and threatened by exceptional talent,' goes another line. 'Nehru remained unthreatened by accomplishment in and disagreement from others.' 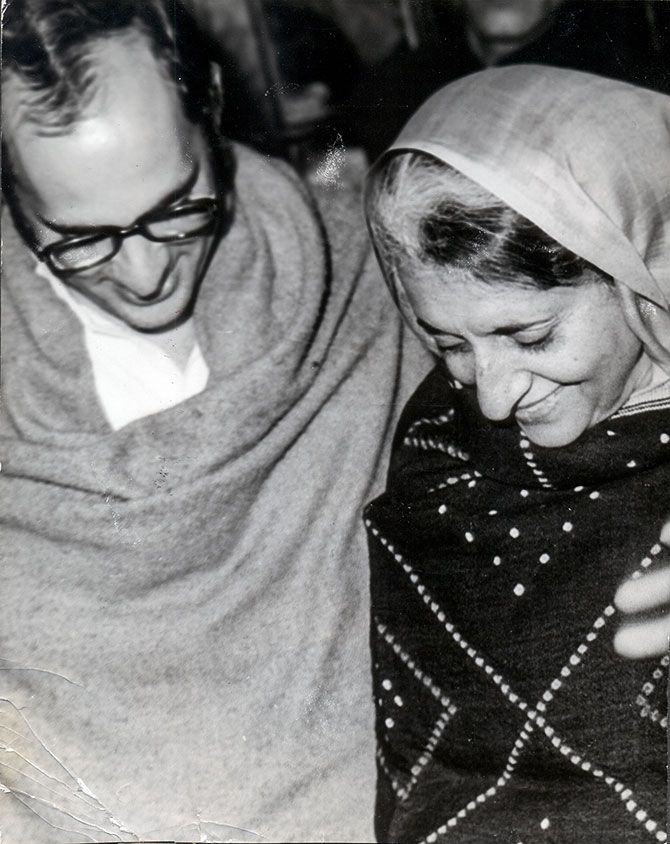 IMAGE: Indira Gandhi with Sanjay, the son she hoped would succeed her.

The sections in which Ghose deals with Indira's relationship with her maverick younger son Sanjay Gandhi, said to be the one who encouraged her to impose the Emergency, vividly bring out the desperation of the mother that stands in sharp contrast to her otherwise powerful image.

The author puts the picture in your face as she writes, 'Indira Gandhi failed both as a mother and prime minister when she made available the prime minister's office as a plaything for her child.'

She also draws attention to the menace of dubious political funding, the roots of which, too, lie in Indira's insecurities.

In 1969, Indira banned corporate donations to political parties fearing that companies would donate only to the right-wing Swatantra Party. With legal contributions banned, underhand deals were struck between politicians and industrialists.

One jarring issue in the book are the 'letters' Ghose has written to, as she says, the 'ghost of Indira'. These are questions, she feels, any citizen might want to ask of the former prime minister. But all that these letters do is interrupt the otherwise smooth narrative.

There is one letter, though, that catches attention for a crucial point it makes as it quotes from one of Nehru's letters to his chief ministers where he writes: 'We must remember that what our governments are doing today will set the tone for future administrations. The very powers that may be exercised, perhaps for adequate reasons today, may be exercised later for totally inadequate and perhaps even for objectionable reasons. It is always unsafe to weaken on principle.'

If only Indira had stayed that course, her legacy might have been more endearing -- and enduring. 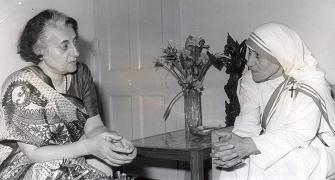 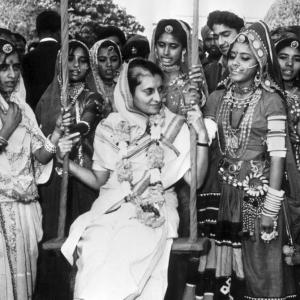 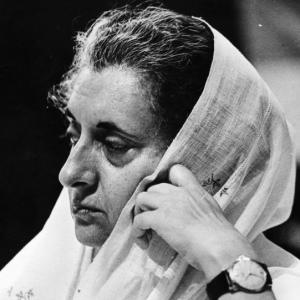