ISIS' advances in Iraq and Syria are not just tactical but strategic victories -- born of US errors and confusion, says Claude Smadja 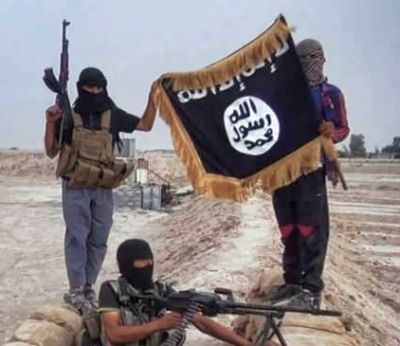 Two major victories for the Islamic State in Iraq and Syria in the last two weeks -- the conquests of Ramadi in Iraq and of Palmyra in Syria -- have illustrated how it is not only demonstrating remarkable resilience and tactical acumen, but is able to achieve strategic victories.

Because, contrary to United States President Barack Obama's assertion that the fall of Ramadi is just a "tactical setback", what we have seen here is a strategic defeat for the US and its allies which shows that the approach taken so far against ISIS is definitely not working.

Basically, things have gone from bad to worse since the Islamic state took control of Mosul -- Iraq's second largest city -- in June 2014.

Until now, the US approach has been based on the hope that training and equipping the Iraqi army would create the kind of counterforce able to contain and then repel ISIS forces.

In fact, since an abysmal strategic error was made after the fall of Saddam Hussein -- the decision to dismantle the Iraqi army -- all the efforts, and the billions of dollars spent, by Washington towards the goal of recreating on a non-sectarian basis an efficient Iraqi force have proved singularly ineffective.

The lack of interest from the Obama administration in achieving an agreement with Baghdad to allow a substantial group of US military trainers to remain in the country after the departure of the last US forces in 2013 made the situation even worse.

The few hundred military personnel sent back in haste to Iraq to support the training of Iraqi security forces since last fall can make no real change.

The question is whether the Iraqi army, in the country's present political condition, can ever be brought back to its feet.

In Ramadi two weeks ago, in a repeat of the Mosul scenario, a small number of ISIS fighters were able to make thousands of Iraqi soldiers flee without even attempting to put a fight to defend the city.

As the US chairman of the US Joint Chiefs of Staff remarked acidly, the Iraqi forces "were not driven out of Ramadi; they drove out of Ramadi".

The US administration is now seemingly acknowledging the failure of its previous approach of working only through the central government in Baghdad and supporting only the Iraqi army.

It is now considering arming the Sunni and Kurdish tribes and providing them with military training in the hope that they could become a counterforce -- helping repel ISIS advances and regain control of the Anbar province.

However, it remains to be seen whether this shift is not too little too late, after these Sunni tribes have been given the cold shoulder by Washington for so long.

They might not be fully convinced now that the Baghdad government which has been so anti-Sunni in the past is a better alternative than ISIS.

In addition to that, one can wonder if the forces of the Islamic State will not have achieved other advances on the ground that might be extremely difficult to reverse by the time these Sunni tribes have been equipped and trained appropriately.

In fact, the best hope of the Obama administration to stop the advance of ISIS might well be the Shi'a militias armed by -- and under the control of -- Iran playing a key role to regain control of Ramadi and stop ISIS advances.

Washington will keep the pretence that these militias are under the control of the Baghdad government so it can acquiesce in their activities and even coordinate aerial operations with them.

This flimsy window-dressing will not obscure the fact that the US might well end up being forced to tacitly condone even greater influence and control by Tehran on the part of the Iraqi territory still controlled by Baghdad.

However, if the Shi'a militias were able to re-take Ramadi and repel the forces of the Islamic State in Anbar province, there is the risk that this would just be a curtain-raiser for a full fledged war between them and the Sunni tribes -- which have had to suffer almost as much atrocities at the hands of these militias as from ISIS.

This illustrates how much, beyond the military developments, any hope of stabilising Iraq or preventing a definitive partition of this country rests on the ability of the present government in Baghdad to radically change the policy set by Nouri al-Maliki, the previous prime minister.

It needs to be able to convince through concrete actions the Sunnis, Shi'as, Kurds and Christians that it is now genuinely turning its back to the harsh and narrow minded sectarianism that has so far alienated all the non-Shi'a segments of the population. The US and the Europeans had made of this a key condition for their support to the government of Prime Minister Haider al-Abadi in Baghdad. But everything remains to be done in that respect.

The US and the Europeans are facing the same quandary in Syria, where the forces of Bashar al-Assad have been losing significant ground against ISIS, which has also consolidated its control of the Syria-Iraq border area.

In fact, Assad is still able to hold on to what remains of his power only thanks to the support of the Qods forces sent by Iran and of the Hezbollah fighters sent from Lebanon -- also fully controlled by Iran.

With the different Islamist groups outnumbering and outgunning the moderate rebel groups and the ISIS forces on the move, Washington is faced with an impossible choice: Hoping secretly that despite the repugnant nature of his regime, Bashar al-Assad -- with Iranian and Russian support -- will be able to stay in power; or accepting that -- if he were to collapse -- his likely replacement will be an ISIS-controlled Damascus.

This lack of alignment on priorities has created significant impediments on the effectiveness of the fight against both Assad and ISIS. And too many strategic mistakes and faux pas from Washington have eroded America's credibility in the eyes of its Arab allies.

Despite the strategic developments of the last two weeks, the Obama administration remains firm in its commitment to not put American combat forces back on the ground in Iraq.

It is however clear that aerial operations against ISIS forces in Iraq and in Syria will not suffice to achieve President Obama's stated goal to "degrade and destroy" ISIS.

Strategists in Washington and in European and in the Gulf capitals are certainly burning the midnight oil trying to find a way out of the dilemma that ISIS provides... and also preparing for a future in which, whatever the outcome of the fight, Iraq and Syria will presumably no longer exist as unified states.

The writer is is president of Smadja & Smadja, a strategic advisory firm.