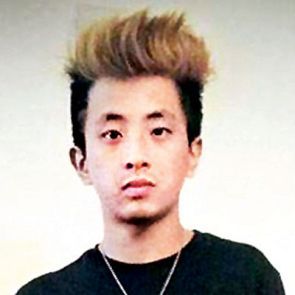 The post-colonial Indian  nation project that comprises its vast geographic, linguistic, ethnic, religious and racial expanse, even after over six decades of Independence, remains overwhelmingly Gangetic valley centric. The notion of India and Indians in Delhi continues to be heavily coloured by the ethnic and racial profiles and prejudices of the Hindi-Punjabi belt...

Much of the negative perceptions of the North-East diaspora owe their origin and existence to the perverse policies of the central government toward the region and its people. This realisation must be the beginning of an earnest endeavour to address the issue, says R N Ravi.

The brutal attack on Nido Tania, a young boy from Arunachal Pradesh, by a crowd in a busy New Delhi market on January 29 and his resultant death has shocked the country and shamed the national capital. The young men and women from the North-East, frustrated with their day-to-day social, physical and emotional persecution in the city, vented their frustration by taking to the streets.

The central government, in its stock-in-trade response, constituted a toothless committee to look into the issue and also conceded the family’s request for a Central Bureau of Investigation probe. In popular discourse the dominant interpretation of the shocking incident is in terms of racism, abhorrent to civilisation and antithetical to the culture of a liberal plural democracy.  However, such an explanation is intriguing and inadequate.

It is intriguing because there is no historical context of the North-East having ever clashed either politically or racially with the rest of India except for the brief Mughal invasion in the 17th century which no one except a few academics remember. There is no toxic residue in the collective historical memory of India about the region that could go towards inciting racial violence against the people of the North-East.

A racial explanation is inadequate as the consciousness of race is innate in human nature and a crucial ingredient of identity formation. It is benign per se vis-a-vis others until there is a clash of interests between them. The north-eastern diaspora in the national capital does not impinge in any significant way on the political, social, cultural or economic space of the city and thus their presence precludes any clash of interest with those who regularly abuse and vandalise them physically and emotionally.  This abuse is unarguably one way. The north-eastern diaspora in India is socially and emotionally ghettoised.

A mere racial distinction fails to offer a satisfactory explanation for attacks like the one on Nido and day-to-day humiliation of the people from the North-East. These are indeed manifestations of a maliciously noxious perception of them in the rest of the country, more so in the national capital engendered by a mix of corrosive notions of their racial and regional identities.

While racially they are largely looked down, their regional identity is that of  ‘secessionists’, ‘excessively prone to violence’. The mix of malicious prejudices -- racial and regional -- constitutes the driving impulse of the capital city to despise them, keep them at bay and gratuitously abuse them.

Much of the negative perceptions of the north-east diaspora owe their origin and existence to the perverse policies of the central government toward the region and its people. This realisation must be the beginning of an earnest endeavour to address the issue.

The malaise is far deeper than what is usually assumed. The post-colonial Indian  nation project that comprises its vast geographic, linguistic, ethnic, religious and racial expanse, even after over six decades of Independence, remains overwhelmingly Gangetic valley-centric. The notion of India and Indians in Delhi continues to be heavily coloured by the ethnic and racial profiles and prejudices of the Hindi-Punjabi belt.

Thanks to the political ascendance of peninsular India during the last some decades, a ‘Madrasi’ -- once a disparaging epithet for all South Indians -- suffers less racial discrimination in New Delhi today than before. In certain respects, especially in the matter of renting out a flat, they are even preferred over the landlord’s ‘crooked’ racial kin. Unfortunately, the North-Easterners are not so lucky.

The central government has always looked at the North-East differently from other parts of the country. Its predominant perspective of the region is geo-strategic -- a troubled periphery surrounded from all sides by countries either outrightly hostile or ill-disposed towards India. The acute sense of insecurity that New Delhi felt in the initial decades after Independence, largely due to presence of hostile East Pakistan and China in the neighbourhood, shaped its entire approach to the region and its people.

India sought to deal with its perceived strategic insecurity in the North-East by insulating the region from the rest of India. It restricted the two-way flow of information, ideas and people between the region and the rest of the country. The school textbooks blacked out the region entirely. Abysmal infrastructure, inhibitory regimes of Inner Line Permit that restricts an Indian from visiting large areas of the region, and a perception of rampant insecurity kept the Indian public ignorant and at bay.

Ill-founded and maliciously concocted anecdotes of the region dripping with monstrous negativities, given currency mostly by members of the Indian security establishment, shaped the popular perception of an ordinary Indian about the region. The result is, the country knows very little about the region, its people and its rich culture and what it knows is certainly un-celebratory, skewed and often toxic.

In the initial decades of Independence when some handful of tribal militias launched insurgencies, the central government declared the whole region ‘dangerous and disturbed’ under various laws, including the notorious Armed Forces (Special Powers) Act, flooded it with the Army, Assam Rifles and other central paramilitary forces and created a war-like situation. Its dominant narrative became a sustained defensive war to safeguard the territorial integrity of India.

The logic of war determined every move of the central government to the region. The national mainstream media gave the region a short shrift. Manmade human tragedies of horrendous magnitude went unreported or grossly under-reported to the Indian public. Even today, more often than not, the journalists reporting on the region have hardly an alternative to the handouts and authorised official briefings for the security related news.

Even though the context has radically changed and militancy today is no more than a mere shell of its earlier self, the central government’s attitude to the region remains anachronistically trapped in the past. Its distrust of the region and its people persists. Rarely any thing good about the region reaches the rest of India. The continual stream of negatives about the region permeates the popular perception of the region.

The state apparatus of New Delhi is callous and often hostile to a North-Easterner. Look at the police response to the Nido Tania episode! Nido’s sole crime was his refusal to swallow unmerited racial slurs heaped upon him. He vehemently protested the gratuitous insult and in return was pulverised by the very people who had abused him. Bystanders, instead of restraining the assailants, joined their ranks and battered him. The guardians of law demonstrated their willful indifference to Nido’s grievous injuries and instead of setting the routine process of law in motion-- registering a criminal case and taking Nido to a hospital for his medical examination -- shooed him off.

Anyone who saw the video clipping of an injured Nido could see his battered and swollen face strongly suggestive of serious internal injuries. One common thread running through the brutal assault on Nido by the crowd and culpably aloof indifference of the police to his plight in the aftermath of the aggression, was his negative racial and regional identity.

If the young person happens to be a girl, her ordeal is further compounded. She is viewed and often treated as a cheap commodity. Having long suppressed and brutalised their womenfolk, the owners of the capital city recoil at the inherent tribal innocence and demonstrative freedom of the girls from the North-East.  They feel challenged by them in their entrenched orthodox beliefs and prejudices and seek vehement revenge on them at the first opportunity.

Ironically, all this happens to the North-Easterners despite the fact that they are the least troublesome -- police records bear testimony to that -- among all the ethnic diasporas in Delhi, and their superior soft power is increasingly getting acknowledged more and more by the service industry all over the country. Shopping malls, restaurants, star hotels, the tourism industry and private hospitals in the capital and other cities are increasingly being managed by the young men and women from the North-East.