News
Business
Movies
Sports
Cricket
Get Ahead
Money Tips
Shopping
Sign in  |  Create a Rediffmail account
Rediff.com  » News » Muslim vote matters in Gujarat but not enough to make a difference

The Congress considers the community to be in its fold without bothering about its representation or welfare while the BJP assumes that the Muslims would not vote for its candidates, says Shafeeq Rahman. 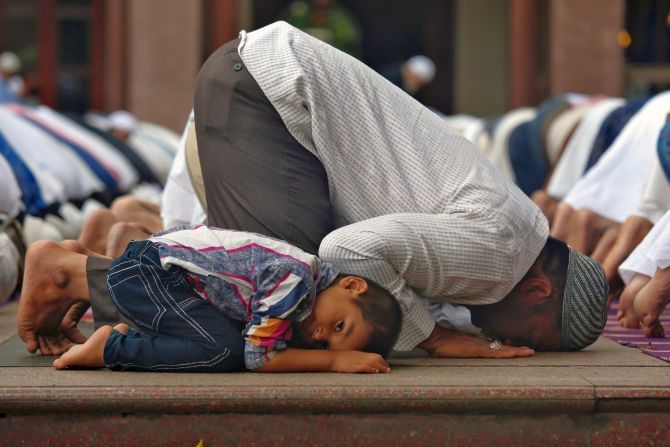 IMAGE: Muslims make up only 10 per cent of the state's total population, which means a proportionate representation in the assembly should be 18 members, but this number has never been achieved, says Shafeeq Rahman. Photograph: Abhishek N Chinnappa/Reuters.

The Gujarat elections has turned into a battleground for the Congress party as well as the Bharatiya Janata Party, with both vying to win the state as the results will definitely impact their prospects in the next general elections, scheduled for 2019.

The Congress received a shot in the arm after young leaders from the Other Backward Classes, Patels and Dalit communities appeared to extend their support to the Grand Old Party. The Congress is further optimistic owing to the anti-incumbency sentiments the BJP is battling after being in power in the state for 22 years and also at the Centre for the last three and a half years. On the other hand, the BJP is doing all it can to repeat its victory in the state, which is also the home state of its most popular leader, Prime Minister Narendra Modi.

How does the Muslim vote fit into the scheme of things in a state which has long been considered a Hindutva laboratory and where Congress vice president Rahul Gandhi seems to be practising a softer version of it, offering prayers at Hindu temples during electioneering?

The Muslim vote plays a pivotal role in the Gujarat assembly elections and can influence the results. However, the voting pattern gets influenced by the Muslim factor without due consideration of the performance of political parties and the local representative in terms of development and providing basic amenities.

The Congress considers the community to be in its fold without bothering about its representation or welfare while the BJP assumes that the Muslims would not vote for its candidates.

But this time the BJP is trying hard to woo the Muslim vote by allocating them a few tickets. In doing so it's following the same model as for the 2015 local body elections when it fielded 335 Muslim candidates, of whom 110 won.

Muslims make up only 10 per cent of the state's total population, 4 per cent lower than the national ratio of 14 per cent. This means a proportionate representation of Muslims in the assembly should be 18 members, but this number has never been achieved.

In the Lok Sabha, only two Muslim members have been elected so far from Gujarat -- Ahmad Patel from Bharuch in 1977-1989 and Ehsan Jafri from Ahmedabad in 1977 who was killed during the 2002 riots.

Given all this, this election too will not give a fillip for Muslims at the representation level.

Both the BJP and Congress are in fact avoiding issues related to the welfare of Muslims in their election campaign. Such a situation provides the best opportunity to the community to vote according to the image of the candidate and his potential to work for the constituency as well as the community.

Without becoming a vote bank to any political party across the state, Muslims need to judge the competency of the local representatives and vote accordingly.

Of the state's 182 assembly constituencies, some 20 have a Muslim population of over 20 per cent. These constituencies are mainly located in the districts of Kutch (4), Ahmedabad (3) and Bharuch (3).

The performance of the Congress and BJP in these constituencies in the 2012 assembly and 2014 Lok Sabha elections is given below: 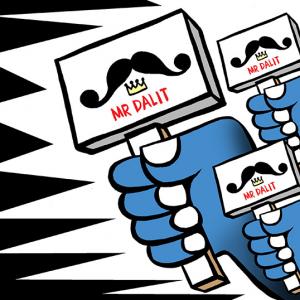