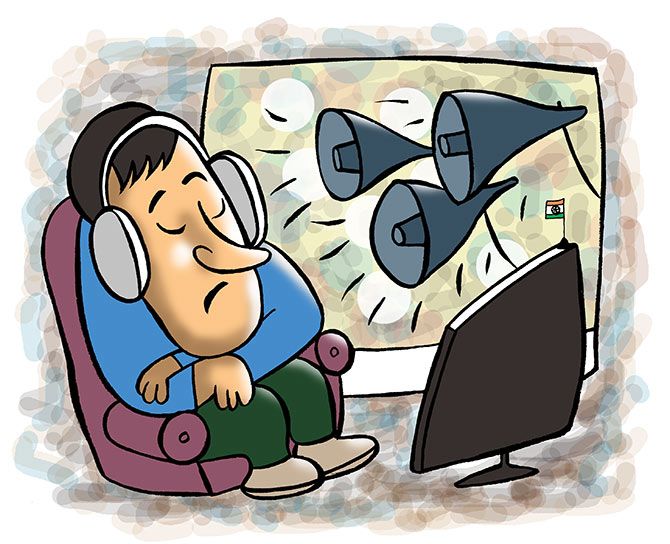 "So how did you spend Independence Day?" a friend asked.

He was astonished, but that was the truth. I did spend the day with cotton stuffed in my ears.

For the last three years, politicians in the central Mumbai area where I live have decided that citizens in the vicinity don't have a right to spend a quiet Independence Day.

So they set up huge speakers and play deafening music from 7 am till lunch time every August 15.

Thanks to them I missed Prime Minister Narendra Modi's third speech from the ramparts of the Red Fort. I just couldn't hear Modi on television as the blaring music from outside drowned the PM's words out.

I even tried shutting the balcony door and all the windows, but the loud music refused to subside. I couldn't hear the PM's speech. My loss, entirely.

The only recent number to join the patriotic hit parade was India Wale from the Shah Rukh Khan starrer Happy New Year. Has Bollywood bid goodbye to patriotic songs, I wonder.

The loud music is not reserved for Independence Day. The speakers are switched on festival days as well.

When I once complained about the noise to a policeman, he asked me firmly "to bear it for a day. After all, it is celebration time, so please adjust."

I have now adjusted and made my peace with the noise. Thanks to the cotton buds, no complaints at all.

Our freedom fighters issued many calls to boycott foreign goods and embrace swadeshi.

Ironically, on the day on which the British left our country 69 years, young Mumbaikars flocked to H&M, the Swedish apparel store that debuted in Mumbai over the weekend.

A day before H&M opened its doors in a midtown mall, the youth brigade had lined up outside, waiting to enter the store -- a scene reminiscent of the overnight queues for iPhones in the US.

Can anyone counter such an onslaught by foreign brands on our millennials' mindspace and promote Make in India or swadeshi?

Later that day, an ad on telly caught my attention. 'Hair oils have cancer causing mineral oils, cold drinks are aerated, cosmetics have chemicals and so do food items. Products of foreign companies are dangerous for us and our country,' the ad declared.

Hooked, I stayed on to find out which Indian company had the stomach for this fight, and no prizes for guessing, it was Ramdev and his Patanjali range of products.

'Adopt Patanjali as its aim is charity and patriotism,' Ramdev said, and for once I couldn't but agree with the yogi.

Independence Day is a terrific time for shoppers, especially when it peaks on a long weekend as it did this year.

If being a mall rat -- with its innumerable sales -- tires you out, online stores offer all the discounts you want and more.

Despite all the hungama online, interestingly, I found the shopping malls doing brisk business on Independence Day.

Missed the I-Day sales? Worry not! R-Day sales are just 5 months away.

An acquaintance, a Modi bhakt, asked why I was so quiet on my WhatsApp group, why I was not posting anything against the government.

"There has to be a healthy debate in a democracy," he said, "and we are missing that on the group because you are not saying anything these days."

While I was critical of Modi's policies, I told him, the bhakts felt I was criticising India, which was never the case.

"But that is a fact. If you criticise the prime minister of India, then you are criticising India."

To him, I quoted the philosopher Schopenhauer who once said: 'Every miserable fool who has nothing at all of which he can be proud, adopts as a last resource pride in the nation to which he belongs. He is ready and happy to defend all its faults and follies tooth and nail, thus reimbursing himself for his own inferiority.' 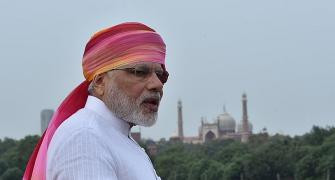 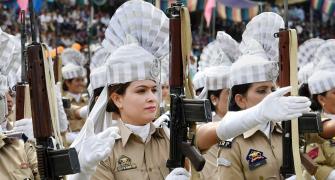 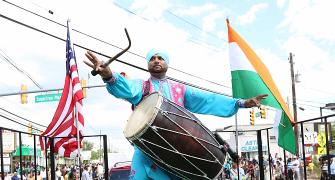 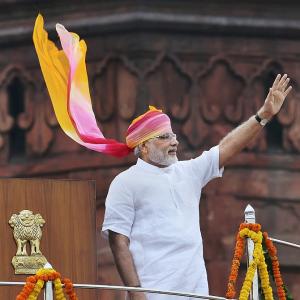 PM's claim of electrifying Nagla Fatela may not be correct 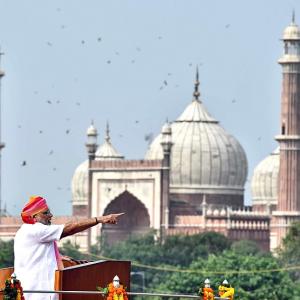