'Biden's promise of returning to 'normalcy' after Trump appears to mean that the same old politicians, who are responsible for the 'endless wars' in Afghanistan, Iraq and Syria, are being brought out of the woodwork after four years,' notes Ambassador M K Bhadrakumar. 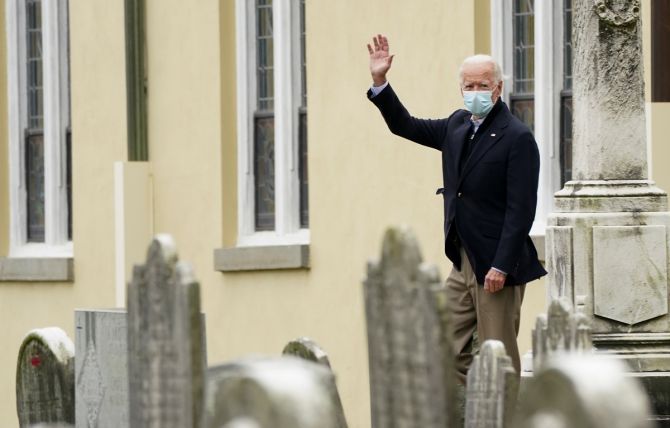 There has been a spate of reports in the American media that US President-elect Joe Biden is assembling his cabinet.

Most reports mention that Biden's secretary of state will be Susan Rice, former US ambassador to the United Nations and national security advisor in the Barack Obama administration.

Reportedly, Biden's choice for US defence secretary is likely to be Michele Flournoy, who had previously served as a senior defence adviser in Bill Clinton and Barack Obama's administrations.

The Guardian newspaper published a lead story on these lines. Frankly, these reports cause a sinking feeling. That's not because these two ladies aren't cerebral or qualified enough professionally.

Both are accomplished personalities, highly educated, articulate and experienced in statecraft.

Rice attended Stanford and went to Oxford as a Rhodes Scholar for her PhD. Flournoy was at Harvard and also at Oxford as a Newton-Tatum scholar.

But the problem lies elsewhere.

Alas, their elevation to the Biden cabinet in their respective areas of expertise virtually underscores that the 'normalcy' that Biden promised will essentially mean old wine in new bottles.

Both Rice and Flournoy are closely identified with US foreign and security policy trajectory before the Donald Trump presidency. 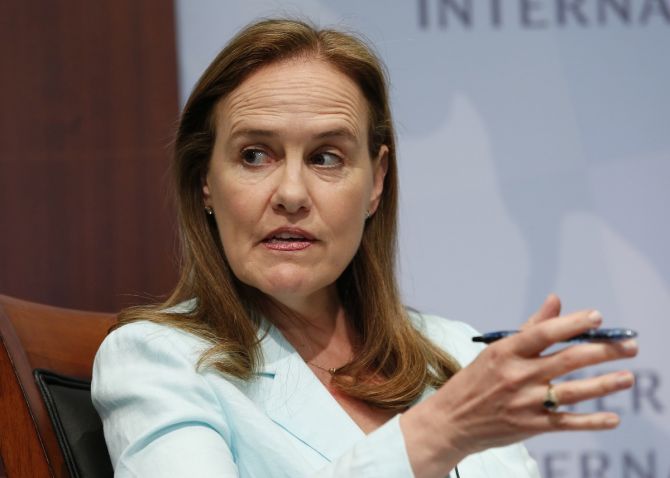 IMAGE: Former US undersecretary of defense for policy Michele Flournoy, CEO, Center for a New American Security, participates in a discussion at the Center for Strategic and International Studies in Washington, DC. Photograph: Yuri Gripas/Reuters

Flournoy is the co-founder of the Center for a New American Security, a think-tank which specialises on military affairs whose donors include some of the flag ships of America's military-industrial complex and Wall Street -- Northrop Grumman Aerospace Systems, Airbus Group, The Boeing Company, Chevron Corporation, Lockheed Martin Corporation, Raytheon Company, BAE Systems, BP America, Exxon Mobil Corporation -- and, curiously, the Taipei Economic and Cultural Representative Office in Washington, DC.

Flourney is a firm believer in the use of military force to secure US interests -- When the interests at stake are vital,... we should do whatever it takes to defend them, including, when necessary, the unilateral use of military power.'

Unsurprisingly, she is also the co-founder of a strategic consulting firm, WestExec Advisors, which, thanks to its large database of governmental, military, venture capitalists and corporate leader contacts did great business to help companies win big Pentagon contracts.

Notably, Tony Blinken, another veteran of the Obama administration who was also a close aide to then vice-president Biden and is not being mentioned as probable NSA in the Biden presidency, is the co-founder of WestExec Advisors.

Flourney and Rice are birds of the same feather who shuttle between the government and business and think-tanks. But then, that is not unusual in America, where public life is about lucrative careers where politicians live well and most end up as millionaires.

Both Flourney and Rice were ardent supporters of the US invasion of Iraq in 2003. (So was Biden.) It is doubtful if either has any deep-rooted beliefs or convictions. Both are Teflon personalities.

The following are some quotes from Rice about Saddam Hussein's Iraq:

'We do not necessarily need a further (UN Security) Council resolution before we can enforce this and previous resolutions.'

'It's clear that Iraq poses a major threat. It's clear that its weapons of mass destruction need to be dealt with forcefully, and that's the path we're on.'

'I think the question becomes whether we can keep the diplomatic balls in the air and not drop any, even as we move forward, as we must, on the military side.'

'I think he (then US secretary of state Colin Powell) has proved that Iraq has these weapons and is hiding them, and I don't think many informed people doubted that.'

Rice also played an obscure role in the final phase of Obama White House in mounting the 'Russia collusion' case against president-elect Donald J Trump in 2016.

Trump was bogged down in the controversy for three quarters of his presidency. According to Tucker Carlson at Fox News, Rice and Obama himself were personally involved in hatching the plot.

Obama almost picked Rice as secretary of state in 2013, but developed cold feet fearing that the Senate hearings might rake up the explosive September 2012 terrorist attack on a US diplomatic facility and CIA annex in Benghazi, Libya, in which the American ambassador and three others were killed.

In fairness, Rice conveyed to Obama in writing, 'If nominated, I am now convinced that the confirmation process would be lengthy, disruptive, and costly--to you and to our most pressing national and international priorities... . Therefore, I respectfully request that you no longer consider my candidacy at this time'"

To be sure, a Republican Senate won't let Rice off the hook if Biden nominates her. But if Rice manages to secure Senate approval, what sort of secretary of state will she be? 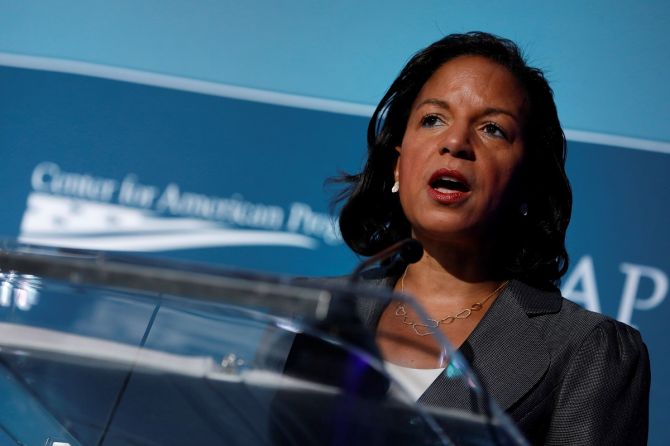 Succinctly put, Russia will circle the wagons; both Israel and Iran will have reason to be pleased.

Rice has been openly critical of Russia and attacked Trump for his perceived closeness to Moscow and admiration for President Putin. She whole-heartedly shares Biden's characterisation of Russia as America's number one threat.

As NSA, Rice had a record of being combative with Israel. She kept Israel in the dark over the progress of the 2015 Iran nuclear deal; she warned Israel against annexation of West Bank territory.

But she will be mindful that Biden has vowed 'unshakeable' support for Israel, which he regards as a treasured bipartisan American ally.

By the way, Blinken also is known to be 'pro-Israel' who categorical recently that Biden 'would not tie military assistance to Israel to any political decisions that it makes, period, full stop.'

But how this pans out remains to be seen since Rice also sees continued US military presence in the Middle East as a strategic necessity.

Rice wrote in an op-ed in The New York Times that the Doha pact between the US and the Taliban was 'a deeply flawed agreement that has the potential to lead to peace but is very unlikely to achieve it. In short, the United States gave away a lot and got relatively little in return.'

'The United States will be left without any military or counterterrorism capacity in Afghanistan, effectively subcontracting America's security to the Taliban,' Rice warned.

This more or less corresponds to Biden's own views who is for an orderly troop withdrawal from Afghanistan after making sure that the country does not once again become a revolving door for terrorist groups.

Doesn't it make sense that Trump is planning to create a media network and intending to make another presidential bid in 2024?

Biden's promise of returning to 'normalcy' after Trump appears to mean that the same old politicians who are responsible for the "endless wars" in Afghanistan, Iraq and Syria, who have represented the corporate elite in the corridors of power, who have neither the commitment nor the courage to implement real structural change to America's political economy, are being brought out of the woodwork after four years.

It can only mean the forward march of Trumpism in America with even renewed vigour in the coming years.

China would heave a big sigh of relief if Biden picks Rice as his secretary of state. Beijing knows her well, as she had a hands-on role in remoulding the relationship from engagement to selective competition, which could well be the post-Trump China policies.

For the Indian audience, which is obsessive about Biden's China policy, I would recommend a YouTube video on Rice's oral history where she narrates her experience as NSA on how the US and China could effectively coordinate despite their strategic rivalry and how China actually helped America battle Ebola.

Interestingly, the recording was made in April this year amidst the 'Wuhan virus' pandemic in the US and Trump's trade and tech war with China.

Simply put, Rice highlighted a productive relationship with Beijing while probably sharing the more Sino-sceptic sentiment of many of America's foreign policy experts and lawmakers.

Ambassador M K Bhadrakumar served the Indian Foreign Service for more than 29 years. He is a frequent contributor to Rediff.com.