As someone with nostalgia for the good cheer and friendly feelings of the Brazilian people, India's former Ambassador to Brazil B S Prakash hopes that when they see their president being feted on Rajpath, they will sense India's goodwill for Brazil. 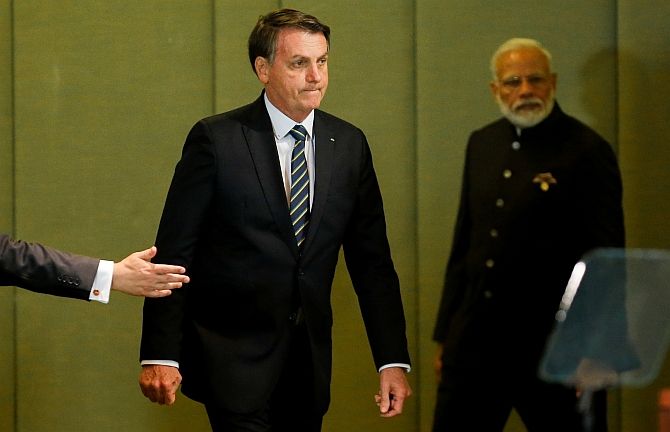 "How does the government decide on the Guest of Honour for Republic Day?" asked my friend in the park as we walked together shivering during the Delhi morning cold.

"How does the government decide on anything? It is a mysterious process," I said, legitimately thinking of recent decisions of the government, which had left many thinking people perplexed, to use a non-evaluative term.

"Do not go philosophical on me," he said, a bit irritated. "I am asking you because you were an Ambassador to Brazil and from what I read, our guest-to-be, President Bolsonaro of Brazil is not terribly popular there or anywhere. So, how come, this choice?"

A fair question, I had to admit.

I thought about what I had seen of our system in terms of identifying the Guest for R-day.

Since it is not a State secret or sensitive data, let me give an explanation.

The choice of the Guest is certainly not random.

Nor is it a cold and calculated result of algorithms thrown up by a computer that has been fed with all the relevant data!

It is somewhere in between and is a result of deliberations concerning India's relations with the country, the VVIP's persona, the context in a particular year and yes, a bit of a rotational aspect.

All these are in a mix before a decision is made.

Mystified? Let me try to explain.

Sometimes a leader has a stature that clinches any consideration.

The logic of leaders from major countries -- US, Russia, France, Japan -- being invited does not need further explanation.

Some countries may be small, but have special ties with India and deserve honor and recognition on that score -- Bhutan, Mauritius for example. Obviously, one cannot have the same country or leader repeatedly and an attempt is made for geographical diversity and reasonable rotation.

Schedule and availability are determinants too.

Having said all this, how was Brazil and Bolsonaro identified? 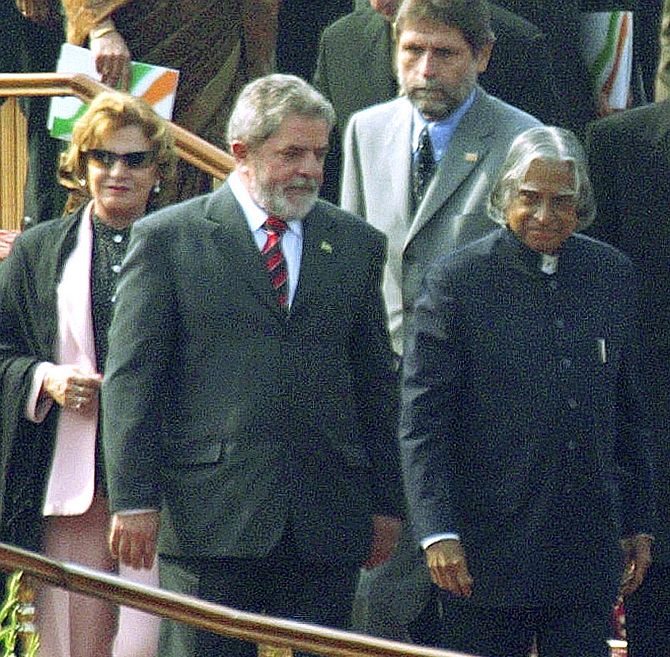 IMAGE: Then President A P J Abdul Kalam with the Guest of Honour, then Brazilian president Luiz Inacio Lula da Silva and his wife Marisa Leticia at the Republic Day parade, January 26, 2004. Photograph: B Mathur/Reuters

Reflecting on this question, I remembered the visit for the Republic Day of another Brazilian President Luiz Lula da Silva in 2004. (In fact, that was a second for Brazil, the first being by President Henrique Cardoso in 1996.)

Brazil was truly ascendant then on world stage.

But going beyond, these objective characterisation of size and numbers, it had started transforming itself with impressive strides.

Some of it was in the economic sphere with growth rates of over six percent that had made Brazil one of the top ten economies.

A nation that had historically faced economic crises and debt defaults had become confident with growing exports, comfortable foreign exchange reserves, a regionally dominant industry, and other buoyant features of this nature.

What was equally significant was that the infamous inequity in the country was being addressed.

Millions of people were being lifted out of poverty and were joining the lower middle classes.

Leading this transformation was the charismatic figure of Lula, a self-educated worker from the trade union movement, elected as president in 2003.

Lula was a pragmatic Socialist, sensitive to the problems of the poor and on the India connect, an admirer of Gandhi.

In a word he resonated with all that India represented in terms of economic, social or foreign policy.

The nation and the person -- both were right in Brazil and Lula being our honored Guest in 2004. The visit and the energy generated by it led to much engagement and some positive results in the decade that followed.

I was lucky to be India's representative during some of the Lula years and saw personally his enthusiasm and admiration for India.

The global financial crisis of 2008 and the slump in the West, led to recognition of a group of emerging economies with relatively high rates of growth, better yields on investments, attractive markets and so on.

This was the rationale for BRICS, a term that was coined by bankers, but appropriated by ourselves as a different kind of grouping with some common interests across continents.

The BRICS were not anti-Western, but were non-Western with a different identity and agenda.

With Brazil, we have many other commonalities, apart from a $2 trillion plus GDP.

Democratic values, that led to the formation of another grouping IBSA with South Africa and Brazil as our partners in a three country group of major democracies from three continents; aspiration to become permanent members of the United Nations security council, a capacity to understand and an ambition to influence global debates, development as the foremost priority, and an ability to join major economic groupings like G-20: these are some aspects of our similar international profiles.

Quite apart from these large themes of a global nature, our bilateral relations too improved substantially.

Brazil is blessed with resources, oil, minerals, agricultural and on top of it all, water.

India has an appetite for commodities and resources of all kinds.

Trade and investments grew, though not on a scale that we had hoped for.

But bilateral awareness and engagement increased and we discovered several areas to be tapped for mutual benefit. 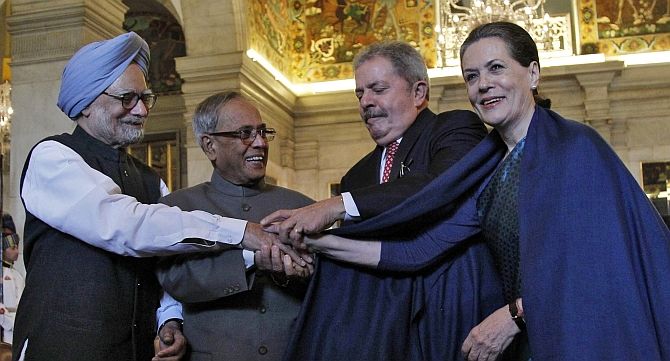 What followed was somewhat disappointing.

Starting from around 2012, Brazil had severe setbacks, not only economically, but also in terms of its political and legal ethos.

It is difficult to summarise the rather complex internal developments in Brazil and the turbulence of the last decade.

The election that brought Bolsonaro to office in 2019 was a messy affair, to put it mildly.

A convoluted judicial process fueled by public anger against corruption at high levels led to many well known parties and persona being discredited.

Leaders including Lula were indicted and even sent to prison.

Many see this as a motivated judicial-prosecutorial coup.

Some others, as a rightist plot with American support to unseat the leftists.

In that turbulent and chaotic climate, a virtually unknown politician gained popularity and won the mandate.

Hitherto, he has been a controversial figure, within Brazil and outside.

He is called the 'Trump of the Tropics' which should give a clue.

Yes, Bolsonaro is inexperienced in governance, authoritarian and arrogant, arbitrary and unpredictable.

Want more Trump parallels? He is anti-feminist, an environmental sceptic to the extent of seeing climate change crisis as a Marxist plot and insensitive to the raging fires in Amazon, an anti-globalisationist.

If you see virtues and nobility in Trump, you may like Bolsonaro too!

If all this is valid, why is he here, you will ask. Let us start with the fact that in foreign policy, a country is more important than its leaders, who gain and lose office.

Perhaps (and I say perhaps, since I can only guess) there is the recognition that Brazil and India have enough common interests and potential for mutual benefit for us to consolidate the bonds.

We have a multi-directional drive in our foreign policy and are seeking partners and opportunities everywhere, be it, Africa, Central Asia or Pacific, and not limiting the focus to neighbours and established major powers.

It is also to be noted that evidence seems to suggest that Bolsonaro may be reviewing his world-view.

He was vehemently anti-China, for instance, but visited that country recognising its criticality.

He was not an enthusiast on BRICS, but played the host for the summit, which took PM Modi to Brasilia.

Now it is our turn to host him.

As someone with nostalgia for the good cheer and friendly feelings of Brazilian people, I can only hope that when they see on their TV screens their president being feted on Rajpath, they will sense India's goodwill for Brazil.