A full one year after Jayalalithaa was hospitalised on the night of September 22, 2016, followed by long hospitalisation and death on December 5, Tamil Nadu continues to be rocked by instability and non-governance of every which kind, says N Sathiya Moorthy. 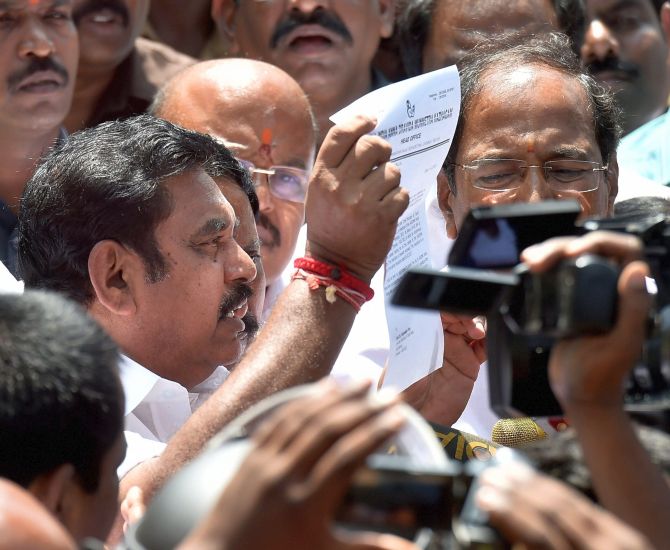 By not interfering in Tamil Nadu Speaker P Dhanapal’s disqualification of 18 legislators of the TTV Dinakaran faction of the ruling All India Anna Dravida Munnetra Kazhagam and at the same time barring a trust vote by Chief Minister Edappadi K Palaniswami until further orders, the Madras high court has walked the tight-rope in matters of judiciary/legislature powers and prerogatives.

In doing so, Justice K Duraiswami also obtained the oral commitment of senior counsel Arima Sundaram appearing for the speaker, binding the latter to his orders.

This contrasts with state advocate-general Vijay Narayan’s unwillingness to commit the speaker to non-initiation of any disqualification proceedings against the 18 between the previous hearing of the case on September 14 and the adjourned hearing on September 20.

Needless to point out that in the interregnum speaker Dhanapal disqualified all 18 members identified with the rival AIADMK faction identified with Dinakaran, discredited nephew of party’s jailed ‘general secretary’ V K Sasikala Natarajan.

Though not granting any prayers for removing the disqualification, Justice Duraiswami also directed the Election Commission not to initiate any processes aimed at holding early by-elections in the 18 constituencies notified as ‘vacancies’ by the assembly secretariat.

This could well mean that all 18 are now ‘disqualified MLAs’ and not ‘ex-MLAs’ between now and the final disposal of the case, which has been adjourned to October 4, after the long Dussehra weekend for the high court.

Incidentally, the speaker’s camp, which sounded firm and stubborn until after Dhanapal had disqualified the 18, seems to be now in ‘listening’ mode, whether or not it would oblige the judiciary at this level and stage.

The court ordered the speaker and assembly secretary to respond to its notice on the reasons and justification for disqualification, when their counsel sought 10 days time to prepare the papers and the defence.

Politically, it may not be a victory for the Dinakaran camp. But it surely is a legal victory, though only interim, for the 18. No political compromise is possible from their side as now the speaker cannot take any of them back even if he wished after having their disqualification notified and gazetted -- unless and until the courts order their restoration.

There is no knowing just now if the speaker’s camp would move an appeal against the single judge’s ordering of the status quo, but in political terms it could encourage Dinakaran’s ‘sleeper cells’, if any, in the EPS camp to do some quick thinking/re-thinking on their continuance with the ministerial faction.

Interestingly, DMK’s senior counsel and former Union minister in the UPA government, Kapil Sibal, argued the case of the TTV faction as well, after the speaker’s disqualification order made it impossible and inevitable. Sibal argued that Leader of the Opposition M K Stalin’s writ plea, demanding a trust vote by CM Palaniswami, was linked to the disqualification order, and sought the court to consider them in toto.

Interestingly, another Congress ex-minister, senior counsel Salman Khurshid, appearing for the TTV camp along with Dushyant Dave, who represented the Karnataka government in the infamous ‘Jayalalithaa assets case’ in the Supreme Court, submitted that the speaker had not served the so-called disqualification notice on their clients, for them to respond in a proper manner. Instead, the latter had to learn about the same only from the assembly website, counsel submitted.

Incidentally, even while seeking to disqualify the 18 for what tantamount to ‘anti-party activities’  as per their overall arguments, the EPS camp -- which has since subsumed the other one under three-time chief minister O Panneerselvam (OPS), after their re-merger -- is not known to have initiated any disciplinary action against them at the organisational level.

Strictly speaking, party action against MLAs is not a pre-requisite for disqualification, which is initiated only by the legislature wing (as decided in many Supreme Court cases), but in this particular case, the speaker has extensively cited and relied upon the non-legislative behaviour of the 18.

The case has also thus thrown up the question of Governor Ch Vidyasagar Rao’s role in the entire matter, purely from a legal and constitutional angle as different from anything political, which is what the Opposition has been criticising him for.

In the ‘Bangarappa case’ in Karnataka (Supreme Court, 2011), it was argued that ruling party members’ submission of a letter of discontent and demand for replacement of the chief minister, submitted to the governor, was enough qualification for ‘defection’ for the purpose of disqualification.

The Supreme Court did not approve of the argument, and set aside the disqualification ordered by the speaker. The latter, as in most other cases involving judiciary-legislature equation, readily complied. But that order came from the Supreme Court of India.

In the present case, the TTV camp has submitted that neither have they given up their AIADMK party membership, nor were they unwilling to work with and under another chief minister from the party.

Counsel also told the court how they had voted in favour of CM Palaniswami, both in the legislature party meeting and later in the assembly, when he sought a trust vote, as directed by Governor Rao.

Their reservations about him flowed from the conduct of his government later on, when they were convinced that it had become corrupt and ineffective.

Taken to its logical conclusion, such a contradicting position such as the one presented by Speaker Dhanapal and the ‘disqualified MLAs’ might throw up an even more logical question for the courts to address, either in this case or another, later on.

For now, the DMK Opposition has been saved of any immediate decision on news reports speculating about a possible en masse resignation of all 98 MLAs, including eight from the Congress ally.

The party had called its MLAs to a meeting at Chennai on Tuesday afternoon but promptly cancelled a follow-up meeting scheduled for Wednesday evening, after the high court ordered the status quo and also posted further hearing on October 4.

For now, the DMK’s hopes of early assembly polls remain distant. Yet, the evolving court drama and political situation could still hand the Stalin-led party one, when it might have become tired of waiting and hoping.

The party could now be expected to keep all relevant issues politically alive at the street-level even while trying to keep itself increasingly distant from the TTV faction in public perception.

For all practical purposes, the TTV camp, for now, is sitting pretty, though without any of its MLAs (who have also been denied an opportunity to reconsider their position as one Jakkaiyan could do and return to the EPS camp the previous week).

The same cannot be said of the EPS-OPS camp, where hidden fissures might find further expression as the sidelining of the latter group after their recent re-merger is becoming complete.

Guaranteed of court-ordered restoration in case of any disqualification, and also possible ministerial berths on a first-come-first-served basis, some of them may reconsider their current position. Rumours of this kind alone would be enough to rock the EPS boat, even if nothing comes of it for the TTV Dinakaran faction, ultimately.

All of it means only one thing for the state as a whole. A full one year after Jayalalithaa was hospitalised on the night of September 22, 2016, followed by long hospitalisation and death on December 5, Tamil Nadu continues to be rocked by instability and non-governance of every which kind, barring the very brief spell when OPS as chief minister put up a brave act and restored a semblance of normal administration for the first time under AIADMK rule, by leading the post-Vardha cyclone-relief operations from the front -- but not anymore. 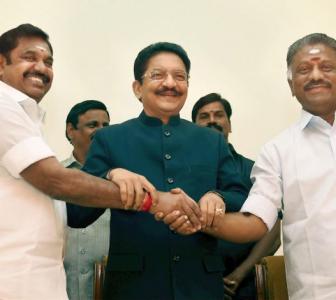 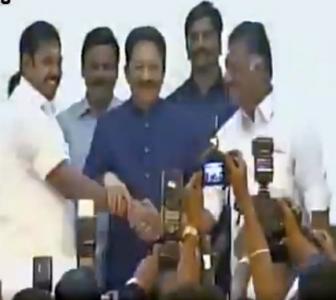 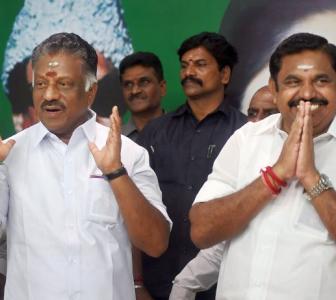 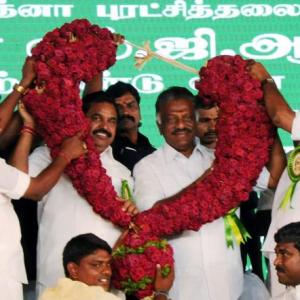 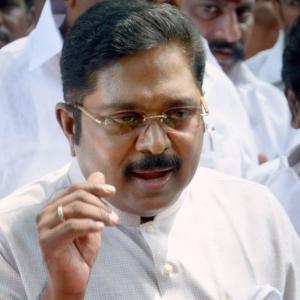