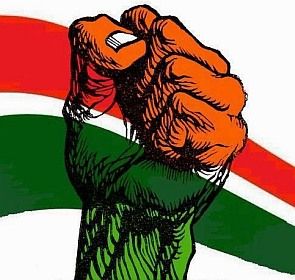 A formidable array of policy advice, recommended actions and urgent interventions is being gathered to assault the incoming political dispensation, which is being told how it should run the economy, pursue national security or articulate its foreign policy.

A popular theme is the need for the new government to project toughness in contrast to the current government's apparent weakness.

In the nuclear domain, we continue to hear calls for India to abandon its 'no first use' pledge, resist the habitual advocacy of nuclear disarmament and meet the threat posed by Chinese and Pakistani nuclear arsenals, measure for measure, weapon for weapon.

In foreign policy, the Nehruvian legacy is disparaged and sought to be jettisoned in favour of a hard-nosed and muscular posture, particularly vis-a-vis China and Pakistan: Non-alignment should be cast aside and joining military alliances should no longer be taboo.

The advocates of these ideas seek to make India a tough State instead of what they see as a hitherto soft State; they believe that a Bharatiya Janata Party-led government under a tough and decisive leader will deliver their ideal.

This tough State versus soft State syndrome displays a worrying innocence of the very complex, interconnected and interdependent world we live in.

The pursuit of one's own national interests must be constantly adjusted and reconciled with the interests of other States and take into account relative economic and military capabilities.

There may be situations where policy success may demand a 'soft' articulation.

In other cases, a posture of being 'tough' and unbending may be the right way of achieving one's aims.

The space required for diplomacy must be preserved and never should one allow posture to be misaligned with power.

To insist on always being tough without carefully examining the consequences thereof is the hallmark of a dumb State.

A State that understands the nuances of power -- both its uses and its limitation -- is a smart State, and it may well use both tough and soft postures as the situation demands.

Therefore, it makes no sense to talk about being tough with China or Pakistan, without having a well-thought-out strategy that sets objectives, the means required to achieve them and the manner in which the policy will be articulated.

It is also rather contradictory to talk of being tough in one breath and then to say that we should be open to joining alliances.

Since we are not strong enough to lead an alliance ourselves, we must be subordinate to some other more powerful country that will head it.

Is the acquiescence to such subordination a sign of toughness?

And, for the record, non-alignment did not prevent India from an enduring strategic partnership with the then Soviet Union from 1960 to 1990, which helped us deal with international pressures on Kashmir and hostility from China.

In making various recommendations for tougher policies, most commentators appear to believe that the target countries will slink away chastised.

Before deciding to up the ante, one must assess the possibilities of escalation and be confident of one's ability to handle them.

These may sometimes include recourse to arms.

There may be circumstances in which we are confident on that score; there may be situations when we are not. In the latter case, it would be dumb to be provocative in the first place.

In the nuclear domain, much of recent commentary suffers from this same predilection of intending to appear tough and muscular without fully understanding the nature of nuclear weapons and the current nuclear security environment.

The Cold War world of an essentially binary East-West nuclear equation has now been overtaken by a much more complex, uncertain and shifting multilateral, multi-regional equation among several States with nuclear weapons whose dynamics are entirely different and mostly unpredictable.

There is a new and added dimension of a possible link between nuclear weapons on the one hand and the forces of international terrorism and activities of non-State actors on the other, which cannot be dealt with by doctrines of deterrence.

India has to be sensitive to this danger because of well-known developments in our own region.

Its nuclear posture must be mindful of this complexity and avoid actions and policy revisions that could trigger countervailing actions by other States, which could then lock the country into an escalatory process that acquires a momentum of its own.

The frequent recourse to doctrines that had a relevance in an East-West context to argue for revisions in our own nuclear doctrine ignores not only the complexity of a multi-nuclear world but also the fact that these doctrines were themselves abandoned because they were deemed not to be credible.

Western strategists eventually recognised that any crossing of the threshold from conventional to nuclear, even at the theatre level, would inexorably lead to a strategic exchange, given the action-reaction dynamic especially in the fog of war.

Theatre Nuclear Weapons are spoken of as if they were a mere variant of conventional weapons, that such weapons 'may kill a few soldiers' or disable a tank column.

TNWs are not comparable to conventional weapons, even at relatively low yield.

By way of comparison, the atomic bomb that ravaged Hiroshima had an estimated yield of 15 kilotonnes.

When TNWs are used as a battlefield weapon or as a 'bunker buster', cratering, blast and radioactive fallout would lead to an extensive, widespread and lethal destruction and loss of life.

In fact, the distinction between strategic weapons and TNWs mostly lies not in the differences in their yields, but in the command and control over their deployment and use.

TNWs, by their very nature, must be placed under theatre commanders, while use of strategic weapons requires political decisions at the highest level and would be subject to elaborate checks and balances.

This is why the introduction of TNWs introduces such a high degree of instability in any nuclear equation. The answer to such instability is not to threaten even greater instability from our side, but to work patiently for a more stable deterrence.

The 'no first use' commitment promotes stable deterrence.

Whether in the nuclear domain or in the domain of national security and foreign policy, one should resist the temptation of using labels like 'tough' or 'soft' in a simplistic manner.

The world in all the domains we have to operate in is complex, uncertain and in the process of constant change. In dealing with it, we need carefully honed strategies that enable India to use its power smartly.

I would rather we were a smart soft State than a dumb tough State.

Shyam Saran, a former foreign secretary, is currently chairman of the National Security Advisory Board and of RIS, and a senior fellow at the Centre for Policy Research, New Delhi.