Ishrat and the death of nuance

What David Headley's testimony does achieve is expose the Congress's ham-fisted attempts to taint an otherwise credible probe. That, however, does not become an assertion of Ishrat Jahan's membership of the LeT. 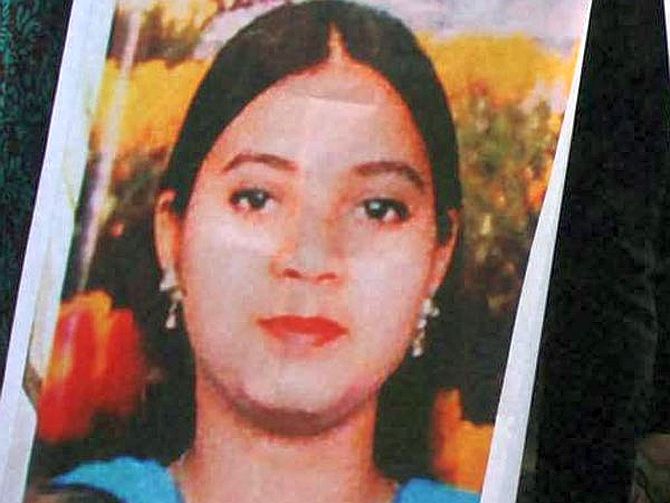 One of the peripheral consequences of the 'revelation' by Pakistani-American terrorist David Headley that Ishrat Jehan is a member of the Lashkar e Tayiba has been a flurry of activity on my Twitter timeline, with several well-wishers suggesting that for the sin of proclaiming Ishrat's innocence, I should apologise/apply Burnol/leave for a neighbouring country (not Sri Lanka).

Except I issued no such character certificate.

Had these self-appointed hyper-patriots bothered to search the record of our reporting, they would find that it revolved around the mass of evidence that investigators produced to conclude that the encounter in which Ishrat and three men were killed in Ahmedabad in June 2004 was staged.

How does this count as an exoneration of Ishrat? It doesn’t. But it does to the Right because their defence of the encounter has not for a long while rested on legally credible proof. It simply boils down to -- we’ve always known Ishrat is a terrorist. Once her LeT membership is established, as Headley has done so convincingly, the Congress stands exposed, and the case collapses.

To begin with the last assertion, on the case itself. The court had (sensibly) asked the Central Bureau of Investigation to limit its probe only to the encounter, an attempt to insulate whatever evidence it found on the criminality, from the murkier questions of who had been killed. But that isn’t the only reason that the evidence trail establishing the encounter as fake is not as politically compromised as the Right would like to believe.

Much before the CBI, an investigation by the Ahmedabad metropolitan magistrate, ordered by the Gujarat government, had found it to be a fake encounter. As did a Gujarat high court-monitored special investigation team. The eventual chargesheet may have been filed under a United Progressive Alliance-era CBI, but that probe too was closely monitored by the court. To suggest that the Congress could ‘manage’ so many different investigations under different jurisdictions is to give its dark arts team more credit than they deserve.

What Headley’s testimony does achieve is exposing the Congress’s ham-fisted attempts to taint an otherwise credible probe by attempting to paper over anything from the record which may present a more complex picture of Ishrat’s antecedents, or insert material which underlines her innocence. That, however, does not become an unswerving assertion of Ishrat’s membership of the LeT. The answer to that question (or the absence of answer) has always depended on where you are standing in the room.

Take the CBI which despite directions to only probe the encounter, spends a few pages in its chargesheet on the ‘antecedents of the deceased’. It does carry a disclaimer that it cannot come to a conclusion without further probing. Disclaimer in place, on the three men (Amjad Ali, Zeeshan Johar and Javed Sheikh) it says that there is prima facie evidence to suggest that they may have links to, or even membership of terrorist groups. On Ishrat, the CBI says it is quite possible she knew about the 'illegal activities' of Javed and made several trips with him, but there is 'no evidence to indicate that she had any terrorist' links (exact quote).

You could treat this as qualified clean chit (as a strand of liberal and political opinion has done) or as some late-stage editorialising by the agency.

Similarly, you could make much of the declaration of Ishrat's martyrdom by the LeT a day after her killing. Or discard the first as typical, devious LeT opportunism, and emphasise the LeT retractions, the first 12 days later, by LeT spokesperson Yahya Mujahid, and the second in 2007, as an apology to Ishrat's family issued by another spokesperson.

The same lens can apply to the home ministry’s affidavit U-turns of 2009, with the first describing all four as terrorists, and the retraction, a month later, cautioning to not take intelligence inputs at face value.

And finally, there is the Headley deposition -- a repetition of his earlier statement purportedly made to the National Investigating Agency -- which, in effect amounts to this: he overhears his Lashkar handlers discussing the propensity of one them, Muzammil, for botched operations. One of those botch-ups, he reports hearing, featured an Ishrat Jehan. You could treat this as clinching evidence, deliberately suppressed by the UPA when it first surfaced , or find it inconclusive, based on double-hearsay, and uttered by a chronically unreliable individual.

You could laud Ujjwal Nikam for his laser-like focus, or you could question his theatrical, multiple-choice prompting to jog Headley’s faltering memory.

Since we are spared the arid joys of partisanship, our reportage took what I think is the only common sense view, that there is a fairly credible mass of evidence to back the claim of a staged killing, but given the conflicting, politically compromised, and at times unverifiable information trail on Ishrat-is-or-is-not-LeT, it is foolhardy to come to a definitive conclusion on her antecedents.

In any other time, this would be called a nuanced view. But then we are not at the best point in our history for nuance.