CCTVs will readily be accepted as evidence by courts of law, whereas the evidence produced through spy cams always run the risk of being questioned as being a work of photography trick, says S Murlidharan 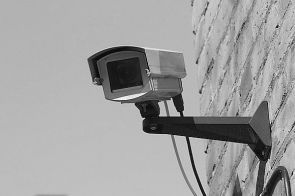 Delhi Chief Minister, Arvind Kejriwal has exhorted the denizens to catch the bribe takers with their pants down, as it were, by either video or audio recording their direct or indirect demands for bribe. While it is flattering to a human ego to indulge in a bit of dare-devilry and sleuthing, there are some imponderables.

Wouldn't closed-circuit televisions in public places have served a better purpose? Would the old, the disabled and the weak be able to whip out in a jiffy their cell phones doubling in as cameras and recorders to capture the disagreeable event? The issue this article seeks to examine, however, is whether the exhortation and the resultant actions by the citizens would pass muster under the Indian laws.

In Sweden, sting operation is a strict no-no. In the US, by and large, stinging can be done with prior approval from governmental law enforcement agencies like the Federal Bureau of Investigation. In India, however, the issue has been mired in grey, with only a limited light being thrown.

To be sure, the Delhi high court in the Anirudh Behal v State case had upheld stinging as an adjunct to realisation of the ideals of the freedom struggle enshrined in article 51A(b) of the Indian Constitution -- a corruption-free society. But can this judgment be construed as empowering the citizens of the country in general to strut about with spy cams, albeit in an evangelical spirit given the fact that it was rendered in the limited context of investigative journalism engendered by the Tehelka expose of wrongdoings in defence contracts targeting the former BJP president Bangaru Laxman?

The point is the drift of happenings in the judiciary and regulators say sting is at best accepted as kosher when carried out by journalists in the course of their investigative journalism. The law of the land itself is silent on the issue, with the Evidence Act not explicitly conferring legitimacy on evidences produced through stinging.

Was it, then, proper on the part of the Delhi chief minister to exhort people to take law in their own hands? No doubt, he is a man in a hurry but he ought to have at least referred the matter to the Central government given the fact that law and order does not come under the remit of the Delhi government, which enjoys only limited powers unlike other full-fledged states.

It is also curious that Kejriwal did not plump for the more effective, economical, less-chaotic, less-disruptive and less-intrusive option -- the time-tested CCTVs. CCTVs are already used extensively in public places and ATMs. These can be easily installed in all public offices, especially where the public-official interface takes place.

The investment required would be very small and in any case money well spent. It is more fool-proof and would readily be accepted as evidence by courts of law, whereas the evidence produced through spy cams always run the risk of being questioned as being a work of photography trick. Its unobtrusive but hawkish presence would have deterred bribe taking in any case, the raison d'être of the chief minister's initiative and without chaos ruffling too many feathers and without rocking many boats.

The most fundamental legal objection one could take to the cheeky move is the government shirking its responsibility and indulging in does it amount to? It is the duty of the government to nab the culprits, including bribe takers. Can this important function be outsourced albeit to the potential victims themselves?

CCTVs are installed by and at the instance of government, whereas the ubiquitous cell phones have to be invested in by the public. What if one does not have a cell phone? Further, an adolescent experiences frisson while indulging in sleuthing and policing but these are not the activities a woman or the elderly are cut out for, especially with the possibility of being violently retaliated staring them in their faces. One can perform the role of citizen journalist in an evangelistic spirit but whipping out a spy cam in the heat of the moment is not everyone's cup of tea.

Last, in the US a distinction is drawn between stinging and entrapment with only the former being kosher. Entrapment is instigating someone to commit a crime, a plaintive plea made by Laxman rather unsuccessfully though in retrospect. Should the common man be exposed to such titillating and frightening possibilities associated with spy cam which admittedly can be used for nefarious purposes when the harmless CCTV is there for the asking?

S Murlidharan is a chartered accountant