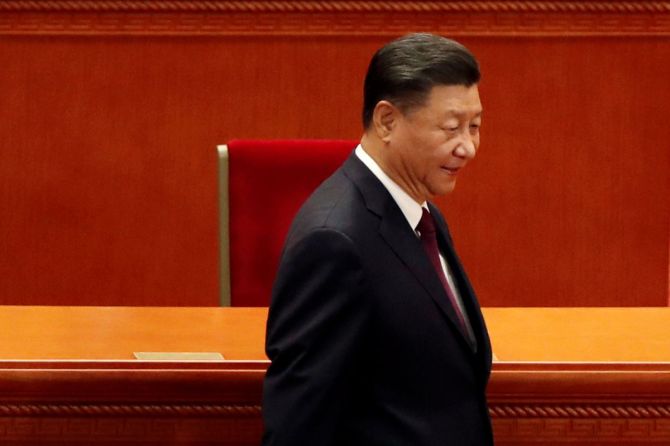 IMAGE: Xi Jinping, general secretary of the Communist party of China arrives for the meeting to commend role models in China's fight against at the Great Hall of the People in Beijing, September 8, 2020. Photograph: Carlos Garcia Rawlins/Reuters

Large sustained doses of nationalism in the State-owned media when other news sources are blanked out invariably incite popular sentiments.

When sovereignty or territorial issues are involved this quickly transforms into 'militant nationalism' as evident in today's China.

With tensions between China and Taiwan rapidly increasing, the tone of China's official media has also become progressively more strident.

So have the comments by Chinese commentators and official spokesmen, which include intemperate threats to decapitate the Taiwanese leadership.

Chinese observers in Beijing speculate that China is keeping options open for a sudden military offensive against Taiwan, but that seems unlikely in view of Chinese President Xi Jinping's instructions to the People's Liberation Army to be very careful and not fire the first shot as they assess that the US forces are waiting for just such an excuse.

Hu Xijin, the 'hawkish' editor-in-chief of the Chinese Communist party-owned Global Times, has kept the pressure on Taiwan.

He publicised on his Weibo account on September 21 that the 'whole mainland society has lost patience with the Taipei authorities' and they generally believe that 'Taiwan independence" forces 'need to be taught a fundamental lesson'.

Hu separately hinted that while the situation with India is militarily tense, China could easily switch forces to launch an offensive against Taiwan.

China's military forces, he said, can carry out devastating strikes and push the settlement of the Taiwan issue to a new stage.

Hu claimed the recent exercise had shown the PLA's ability to mobilise and organise military operations against Taiwan in a very short period of time.

He warned 'It is described as an exercise, but it is more like actual combat'.

Hu cautioned 'Tsai Ing-wen authorities to rein in the precipice, otherwise they will fall into the abyss and be crushed'.

This rise in militant-nationalist sentiments is matched by the uptick in the PLA's military activity around Taiwan and in the Taiwan Strait.

For example, on two consecutive days on September 18 and 19, PLA air force aircraft overflew the Taiwan Strait in unprecedented numbers and crossed the Median Line which both sides had till now informally accepted as a boundary.

The following day, another 18 PLAAF aircraft and one of the PLA navy repeated the exercise.

On September 18, a PLAAF pilot appeared to elevate the level of intimidation when he told the pilot of a Taiwan air force interceptor that 'there is no median line in the Taiwan Strait.'

Doubts whether Beijing was changing the status quo were dispelled when the Chinese foreign ministry spokesman formally announced at the weekly press conference in Beijing on September 21 that 'there is no so-called center line in the Taiwan Strait'.

Flights by PLAAF aircraft through the Taiwan Strait and crossing the median line could henceforth become a regular feature.

Coinciding with PLAAF flights over the Taiwan Strait, the PLAAF on September 19 released a two minute and 15 second video titled The god of war H-6K goes on the attack!, which went viral.

It depicted two nuclear-capable H-6 bombers carrying out a simulated attack on what appears to be the Andersen Air Force Base on the U.S. Pacific island of Guam, though it is not named.

Halfway through the video, a pilot presses a button and fires a missile which homes in on the unnamed seaside runway, the satellite image of which observers say resembles the layout of the Andersen Air Force Base. IMAGE: Taiwan's President Tsai Ing-wen arrives to pay respects to the deceased during an event to mark the 62nd anniversary of the Second Taiwan Strait crisis in Kinmen, Taiwan, August 23, 2020. Photograph: Ann Wang/Reuters

As the video spread across the world, the Global Times published an article conciliatory in tone and apparently intended to assuage the US by Chinese military expert Wei Dongxu on September 22.

Wei Dongxu explained 'The video is merely an exhibition of China's counterbalance capabilities. It doesn't mean it is targeting certain troops. Nor will it initiate an attack against a certain position, or specifically deter a certain country.'

He added that 'from the information released by the PLA, we can see it hasn't explicitly or apparently pointed to a certain country or target. China's military operations are defensive in nature. It only pursues defensive counterattack strategies. If China is not provoked or threatened, it will not engage in direct counterattack like what is that showed in the video.'

At the same time, the article struck a defiant note and cautioned that 'if the US military sends bombers from its Pacific bases to deter China and bring direct threats, the PLA's H-6K bombers are indeed capable of launching effective counterattacks against these bases, frontier deployments, and forward bases.'

It added 'if anyone greatly endangers China's national defense security and strategic security, or even takes direct actions against the country it, then its countermoves will definitely be extraordinarily fast - And in rapid real time.'

Interestingly, this article has not been published in the Chinese version of the newspaper!