India's outreach in the time of coronavirus 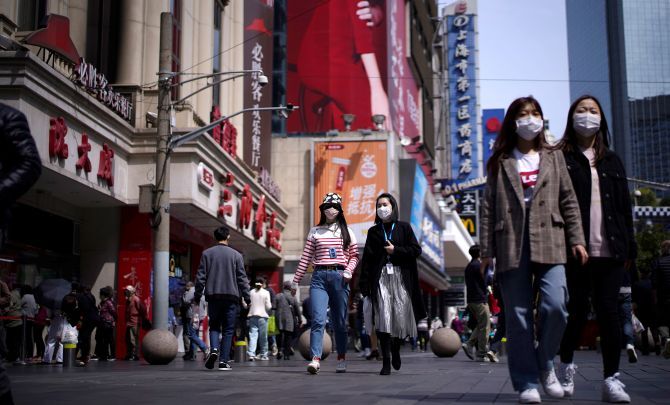 The dreaded coronavirus reached India at a time when India was at the threshold of some major diplomatic outreach after hosting President Trump in February and earlier President Xi Jinping in Ocober last year.

Prime Minister Modi had to reschedule at least two of his major diplomatic outreach consequent upon the outbreak and spread of the pandemic.

He, however, made good the loss through a video conference.

The trilateral Russia-India-China ministerial meeting scheduled to be held in Sochi in Russia on March 22 and 23 was also deferred owing to the outbreak of the pandemic.

In fact, the government's time, attention, energy and resource, for all the right reasons, are now directed to deal with the prevention and treatment of covid-19 affected persons.

This, however, has not deterred the government to engage with stakeholders through virtual means and teleconferences.

It is interesting to note how the delicate and sensitive India-China relations played out during the spread of covid-19.

In the first place, it almost disturbed the timeline of events that the two countries had planned for 2020 on the occasion of the 70th anniversary of the establishment of diplomatic relations between the two countries which were discussed between Prime Minister Modi and Chinese President Xi at the Mamallapuram informal summit last October.

Xi had also invited Modi to visit China for the third informal meeting.

Be that as it may, Modi in a very proactive manner reached out to China when he sent medical supplies including masks and gears to China for the use of those affected with the virus and also wrote letter to Xi, expressing India's solidarity with China in its fight against the deadliest menace.

India had to set aside the ban on export of all kinds of personal protection equipment so as to facilitate the supply of the medical equipment to China at a very critical time.

Earlier, on January 31, External Affairs Minister Dr Subrahmanyam Jaishankar expressed full confidence that China will eventually win the battle against the coronavirus in a phone conversation with Chinese State Councillor and Foreign Minister Wang Yi. China responded to the goodwill gesture with gratitude.

The Chinese foreign ministry said that India's acts demonstrate its friendship with China.

The evacuation of Indian and few foreign national stranded in China during the trying time is an instance of coordination and cooperation between the two countries.

Although India and China on earlier occasions have come to the rescue of their nationals in distress in respective countries, the evacuation of Indian nationals from Wuhan is unprecedented in recent history.

The message of the evacuation exercise is very clear: The two countries being neighbours, it is only prudent to learn to live with each other.

The bottom line is mutual sensitivity and concerns.

Hopefully, the covid-19 will pass sooner than later.

The two countries will have to work hard to execute and implement the slew of events lined up in the run-up to the 70th anniversary of the diplomatic relations.

India also reached out to the SAARC fraternity during this period of the virus outbreak.

In a video conference on March 15 with the leaders and representatives of SAARC countries, Prime Minister Modi proposed an emergency fund with an initial offer of $10 million from India to combat the pandemic in the region and to benefit from the best practices.

He also said that India was assembling a rapid response eam of doctors and specialists, along with testing kits and other equipment, to be made available to member countries, if required.

The proposal has been fructified and has received immediate traction.

In response to Prime Minister Modi's appeal, both Bhutan and Nepal each have pledged $1 million to the emergency corpus.

India in the meanwhile has received requests from member countries for assistance in the form of masks, shoe cover, gloves, disinfectants and other items.

Prime Minister Modi also held a telephonic conversation with Saudi Arabia Crown Prince Mohammad bin Salman, which now holds the presidency of the G-20 and emphasised the need for coordinated efforts to address the global challenge arising out of the coronavirus outbreak.

Going beyond the perimeter of the region, India also took on board a number of major countries, besides the US to cooperate and coordinate efforts to fight covid-19.

It was decided that these countries would cooperate on vaccine development, challenges of stranded citizens, assistance to countries in need and to mitigate the impact of covid-19 on global economy.

India's soft power diplomacy came into play during this cataclysm affecting the world as the pandemic defies barriers and borders and it projected Prime Minister Modi as a statesman of substance and stature.