'It is only when those who are oppressed stand for themselves that society is forced to create space for them,' says Aakar Patel. 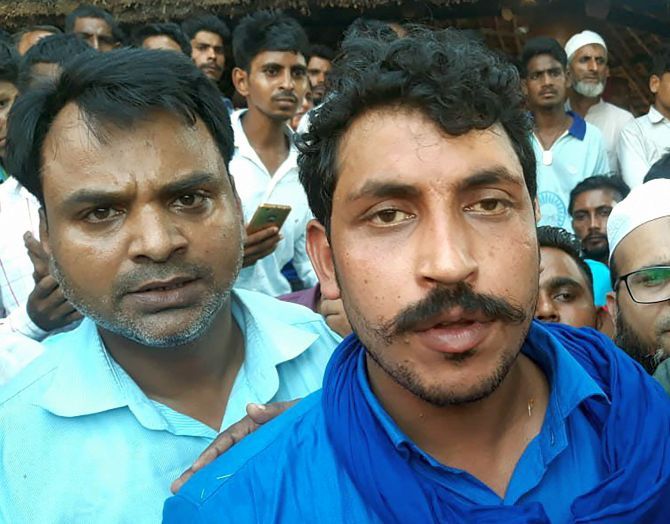 It is not often in the world of human rights where I work, that a clear win for the rights of Indian citizens is achieved.

One such was, of course, the striking down of Article 377 a few days ago.

And a few days after that came another, with the release from jail of the Dalit leader Chandrashekhar Azad of Saharanpur.

Azad calls himself 'Ravan', to identify with those aspects of our culture that others may see as repulsive. He does that so that we are forced to acknowledge that we live in a land where there are many cultures and all of them are valid.

Last year, the Dalits of Saharanpur, about 5 hours away from Delhi and near the city of Deoband, decided to assert their identity. They put up a board on their property on which was written, in the Devangari script, 'The Great Chamar'.

The Thakurs of the village took offence, because they are determined to keep the Chamars in their place, and after they tried to take the board down, there was violence.

Following this, Chandrashekhar Azad Ravan was jailed for over five months. Then he got bail in November 2017, and was immediately again put in jail, this time under the National Security Act, which allows the government to keep someone behind bars for one year without trial.

It is the sort of law that no civilised democracy should have. And it is outrageous that a Dalit leader was jailed under that law.

The National Security Act says that an individual can can be jailed to 'prevent him from acting in any manner prejudicial to the defence of India, the relations of India with foreign powers, or the security of India.'

The law is written so vaguely that any of us can be picked up and jailed under it, without a crime being committed.

All state administrations use such casually worded and loose laws to jail those they disagree with. And unfortunately our courts allow for this sort of jailing far too often.

On Monday, September 10, I visited Azad in Saharanpur jail. Inside the jail there is an open space like a garden where hundreds of visitors and inmates can freely meet.

It will interest readers to know that visitors going into the jail are stamped on their palms four times. There is a thumbprint on a stamp pad, then there is a large circular stamp with the name of a day.

We went on Monday but the stamp said 'Guru', or Thursday. Then there is a triangular stamp which said 'Gate mulaqati' and then a red circular stamp.

The stamps are checked on the way out, not going in.

The purpose is to ensure that the undertrials, whose palms will not be stamped, do not leave with the visitors.

The trick stamp of the day (Thursday instead of Monday) is randomised so that it is difficult for inmates to fake a stamp and escape.

Azad is a young man, about 30, and quite handsome. He wears a moustache with the ends turned up, like the cricketer Ravindra Jadeja, who is a Gujarati Rajput.

That moustache is also a statement to others. Most of the Bhim Army Bharat Ekta Mission leaders we met wore their moustache in that fashion. They also wear a thick steel bracelet on their right arm but no religious threads.

There are many young people, including young women, who came to visit him in jail daily. The Dalits rallied in support of Azad, and ultimately the UP government's tactic of trying to isolate Azad did not work and it was forced to release him on the night of September 13.

After the jail visit, I went around Saharanpur to see the work being done by the Bhim Army at the ground level. It runs around 300 schools for Dalit children, where volunteers teach them after regular school hours in the evening.

One such school was being held in someone's house. It was a largish space in the verandah that was able to accommodate easily about 35 children sitting in three rows. They were from the ages of about 5 to about 10 or so.

A young lady and a teenager were assigned to teaching them. The children all greeted one another with the shout 'Jai Bhim!' and were able to recite a biography of B R Ambedkar.

From what I saw, Azad clearly has become a mass leader and the Bhim Army Bharat Ekta Mission will be a political force of some standing.

How many places today have the board saying 'The Great Chamar', I asked. I was told the number was 160 in Saharanpur's villages.

This is precisely how social change happens. It is only when those who are oppressed stand for themselves that society is forced to create space for them.

Aakar Patel winner of the 2018 Prem Bhatia Award for Political Reporting -- is Executive Director, Amnesty International India. The views expressed here are his own.