All that India must aim for is to match China's military prowess adjusted to equal Beijing's India-specific military capability, argues Vivek Gumaste in the concluding segment of his column. 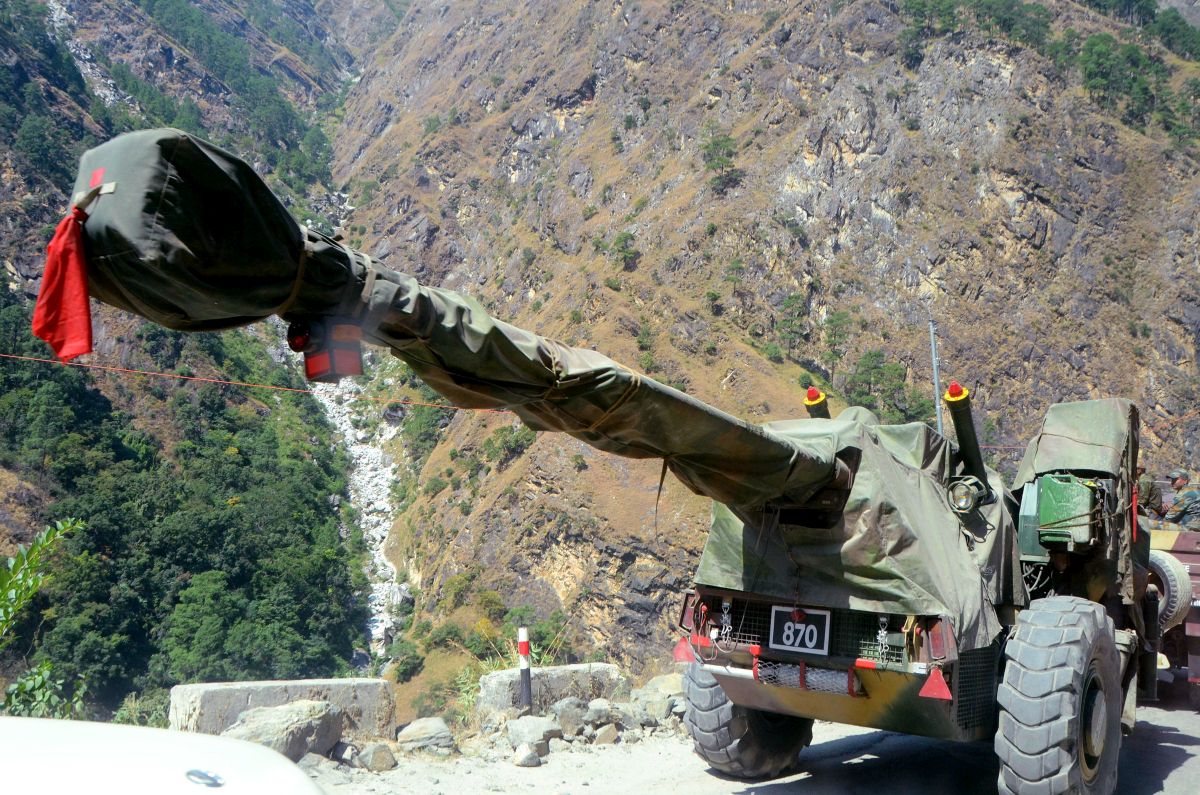 Appeasement has been another fallacious principle of our China policy. Appeasement rarely produces results. In fact, it emboldens ones foes to push further and further extracting more and more concessions as events have proven.

Our hope that not playing the Tibet card will net us diplomatic dividends has not borne fruit either. The one issue that India could have exploited to the hilt, Tibet, was gifted away without eliciting any advantage.

During Prime Minister Vajpayee's visit to China in 2003, India reiterated its acceptance of the Tibet Autonomous Region as a part of the People's Republic of China in concert with its prior 1954 declaration. There were no caveats, no qualifications. It was surrender, carte blanche.

Despite India fully accepting the autonomous region of Tibet as a part of China, China has not been forthcoming on the issue of Sikkim: China is not willing to wholeheartedly accept Sikkim as a part of India.

The biggest drawback of our China policy is that we have not learnt from our missteps; in fact, there has been a relentless, ritual reiteration of the same blunders by nearly every successive government since 1962.

India has failed to comprehend the Chinese mindset or read correctly China’s hegemonistic ambitions to craft an appropriate response.

Additionally, a reckless and irresponsible nonchalance towards our military preparedness over the years has allowed China to outpace us by leaps and bounds, leaving us floundering in despair today.

The sight of India's defence minister scurrying from one capital to another to shore up our defense reserves when the enemy is knocking on our door speaks of an inexcusable lapse of governance by the entire political class stretching back to 1962: A painfully disturbing spectacle.

If the current state of affairs is allowed to persist, we will be reduced to vassal status and forced to meekly acquiesce to China's vagaries. A radical course correction is warranted.

Diplomatically, India needs to be proactive, aggressive and transactional in its approach without succumbing to appeasement or falling prey to subtle guile. Unfortunately, diplomacy, though important, has its limitations and works under the shadow of military dominance.

Brahma Chellany, the noted geostrategist, rightly avers in the Hindustan Times: 'Successive governments have put more faith in diplomacy than the armed forces in achieving security objectives. Diplomacy can accomplish little in the absence of strategic vision and resolve or adequate leverage.'

A course correction focused on our armed forces becomes all the more imperative in the context of China's own strategic long-term intent. The United States department of defense in its annual report (2020) to the US Congress stated: 'Two decades later, the PLA's objective is to become a 'world-class' military by the end of 2049 -- a goal first announced by General Secretary Xi Jinping in 2017.'

'Although the CCP (Chinese Communist party) has not defined what a 'world-class' military means, within the context of the PRC (People's Republic of China)'s national strategy it is likely that Beijing will seek to develop a military by mid-century that is equal to -- or in some cases superior to -- the US military, or that of any other great power that the PRC views as a threat.'

'What is certain is that the CCP has a strategic end state that it is working towards, which if achieved and its accompanying military modernisation left unaddressed, will have serious implications for US national interests and the security of the international rules-based order.' (From Military and Security Developments Involving the People's Republic of China 2020 Annual Report to Congress (external link))

That India will be the first victim of China's ambitious drive to global military dominance is clear from the recent happenings.

Détente is not an option between unequals. Détente is only possible between countries with some degree of military parity.

The million dollar question, however, is what should be the scope of this 'complete military parity'?

At the outset this may sound like an unrealistic proposition, an impossibility and a pipe dream. True, the overwhelming numerical superiority of Chinese armed forces is daunting and its economic might is awe inspiring. But a closer analytic examination diminishes the threat perception.

One, China's vast arms stockpile, personnel and armored vehicles are not all India-centric and are necessary to guard an extensive boundary that borders several countries (in addition to India) with which it has troubled relations; not to speak of its disputes in the South Pacific. In practical terms India needs to only match its competency in the Western Theatre abutting India.

Two, even at the current levels, China's superiority on the battlefield is not a given as this report indicates: 'Conventional wisdom has it that China holds a significant military advantage over India, but recent studies from the Belfer Center at the Harvard Kennedy School of Government (external link) and the Center for a New American Security (external link) suggest India maintains an edge in high-altitude mountainous environments, such as the one where the 2020 face-off is taking place.

Moreover, the Center for a New American Security also concludes: 'For India, the military challenge posed by the PLA looms large, but the current negative trend lines are not set in stone.'

'By sharpening its operational concepts and backstopping them with targeted changes to defense organization, select force investments, and enhanced foreign security partnerships, India can compete militarily with China even given existing resource disparities and capability gaps.'

All that India must aim for is to match China’s military prowess adjusted to equal that country's India-specific military capability -- an eminently attainable objective.

As regards to the cost: India's military spending fell from 2.7 per cent of GDP in 2010 to 2.4 per cent in 2019; an increase of additional 1 per cent will not significantly dent our economy despite our current economic disadvantage.

For the present India must partner with like-minded nations as it has done through Quad (Quadrilateral Security Dialogue, comprising the US, Japan, Australia and India) to contain China.

However, India's long-term interest is best served by a strategic vision that aims for independent complete military parity with China.

We may not attain our objective tomorrow but if we have a vison, we will surely get there the day after tomorrow. Otherwise, we must resign ourselves to being at the mercy of China in perpetuity -- certainly not a palatable option by any standards.