News
Business
Movies
Sports
Cricket
Get Ahead
Money Tips
Shopping
Sign in  |  Create a Rediffmail account
Rediff.com  » News » In the NE, its advantage Congress but the BJP has arrived

In the NE, its advantage Congress but the BJP has arrived Apart from Kerala, the northeast perhaps is the only region where Congress can expect a decent win in the recently held Lok Sabha elections. K G Suresh looks at what the elections hold for the northeast.

Apart from Kerala, the northeast perhaps is the only region where Congress can expect a decent win in the recently held Lok Sabha elections. Perhaps for the first time, politicians of all hues and shades made a beeline to the eight states, which contribute a meagre 25 seats to the national kitty.

In fact, one of the key reasons for the neglect of the region has been its comparative political insignificance in terms of numbers in the Lok Sabha.

But with the stakes high for each and every seat, leaders cutting across party lines, from BJP’s prime ministerial candidate Narendra Modi to Rahul Gandhi of the Congress, campaigned extensively in the sensitive border region.

Issues ranging from corruption and lack of development to illegal Bangladeshi migrants found resonance during the electioneering. Interestingly, much like the Gujarat chief minister, his ally and chief minister Neiphiu Rio of Nagaland too is contesting the Lok Sabha seat.

Traditionally, the contests in the northeast have been between Congress and the plethora of regional parties. However, much like the south, under Modi’s leadership, the BJP has emerged from the sidelines to the centrestage of northeast politics. The saffron party also brought out an exclusive vision document for the northeast. Significantly, both the national parties were silent on the controversial Armed Forces Special Powers Act, which is of major concern to the people of the region. Still, with five states under its belt, Congress seems to have an edge over its rivals.

In Assam, which sends 14 MPs, the largest number in the region to Parliament, there is a battle royale between the ruling Congress and the BJP. The Asom Gana Parishad, which was once among the main contenders for power in the state, has been marginalised with some of its key leaders shifting loyalty to the BJP.

The BJP has been able to strike a chord with the electorate by raising the issue of Bangladeshi illegal migrants in addition to development and good governance while the Congress under Chief Minister Tarun Gogoi has suffered a dent due to the frequent riots between the Bodos and Bengali Muslim settlers.

The All India United Democratic Front led by Badruddin Ajmal may get some advantage. Nevertheless, due to its strong presence in the state over the decades, the Congress is likely to win more seats than the BJP.

Having parted ways from the NCP and contested the presidential elections albeit unsuccessfully, the former Lok Sabha Speaker Purno A Sangma is fighting a battle for survival from his home turf of Tura against the ruling Congress. On the other hand, the ruling party faces an uphill task against United Democratic Party in Shillong.

Sangma, who has won the Tura seat eight out of ten times, is pitted in a straight fight against Congress candidate Daryl Momin whereas in Shillong, eight contestants are in the fray, including the sitting Congress MP Vincent Pala, UDP candidate former student leader Paul Lyngdoh, BJP nominee Shibun Lyngdoh besides church leader PBM Basaiawmoit, who is fighting as an independent.
Congress has won Shillong seat seven times between 1977 and 2009, with an unbroken stint in the seat since 1996.

Remember long time Congress leader shifting lock, stock and barrel to the BJP when the the NDA came to power last time, giving a bonanza to the saffron party in the northeast for the first time? Though Gegong Apang shifted back with his flock to the Congress once the NDA lost power, the BJP retained its presence in the state and is putting up a tough resistance to the Congress.

The NCP and People’s Party of Arunachal Pradesh besides several independents are in the fray in the western and eastern parliamentary constituencies, which are traditional Congress strongholds since 1975 except in 2004 polls when BJP made its dent for the first time.

In the multi-cornered contest for the western seat, the main fight appears to be between sitting Congress MP Takam Sanjoy and BJP's Kiren Rijju.

Elections to the lone Lok Sabha seat will decide the fate of Chief Minister Neiphiu Rio, who is the candidate from his Naga Peoples Front party, an ally of the BJP, who has reportedly been assured of a cabinet berth if the NDA comes to power.
He has locked horns against K V Pusa (Congress) and Akheu Achumi of Socialist Party (India). Being the chief minister, he is expected to win.

Tripura remains the last bastion of the leftists in India, with the electorate both in West Bengal and Kerala having decisively rejected them. Here too, more than the left or the CPI-M, it is the personal charisma and development efforts of Chief Minister Manik Sarkar which is bearing fruit for the ruling party in both the seats. The TMC and BJP too are trying their luck with Modi addressing even a rally in Agartala.

Allegation of corruption and environmental concerns were the key poll issues in Sikkim. During his rally in Assam, Modi had praised Sikkim's development and achievements in the field of tourism, declaring it as an important and integral part of the nation's development. The ruling Sikkim Democratic Front is expected to retain the seat and back an NDA government at the Centre.

Apart from insurgency, the withdrawal of AFSPA and allegations of human rights violations levelled against the security forces have been the burning issues in the state

However, both Modi and Rahul avoided any reference to AFSPA, Rahul Gandhi, sought to woo the voters by stating that like Assam, the insurgency problem could be resolved through dialogue and devolution of power while the BJP leader addressing a rally in Imphal in February 2008 lashed out at the Centre, especially the Congress, for failing to ensure the development of the northeast region and also for failing to address the issues of insurgency and drug-trafficking.

BJP had won the Inner Manipur seat in the past but the Congress seems to be on a stronger wicket this time around in both seats due to BJP’s support to the Nagaland chief minister, who has been advocating the cause of a greater Nagaland.

Inter-State and international border disputes, refugees and influx were the key poll issues in Mizoram for the lone seat reserved for Scheduled Tribes. In the recent assembly elections, the Congress had won 33 of the 40 assembly seats, which gives the incumbent MP R C Ruala a good chance. However, the United Democratic Front, which was formed by eight parties, including the BJP under the initiative of Mizo National Front before the LS elections, is expected to give him a tough fight.

The rise of Modi and the spread of Modism 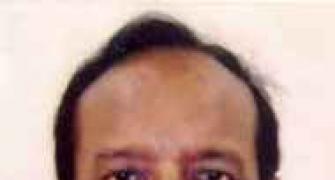 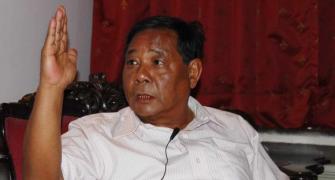 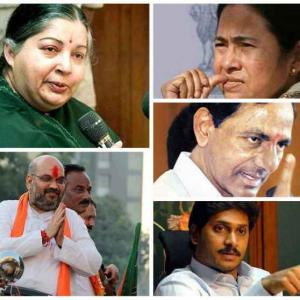 The poll finale: Key players to watch out for 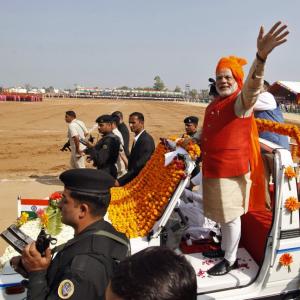 Modi as PM: What his horoscope says