News
Business
Movies
Sports
Cricket
Get Ahead
Money Tips
Shopping
Sign in  |  Create a Rediffmail account
Rediff.com  » News » After Fukushima disaster, the IAEA has to change

After Fukushima disaster, the IAEA has to change

By T P Sreenivasan
April 07, 2011 19:57 IST
The IAEA should be given the authority, resources and technical capability to intervene expeditiously in case of a nuclear emergency, believes T P Sreenivasan, a former Governor for India at the International Atomic Energy Agency, Vienna.

A glaring irony created by the United Nations is that the International Atomic Energy Agency, its specialised body for promotion of atomic energy for peace, has been located in the capital of a country -- Austria -- which is opposed to promoting nuclear power as a panacea for global energy shortage. Geneva would have been a natural choice, but Austria's offer of terms as the venue for the IAEA was attractive.

The legend also has it that (Indian nuclear scientist) Homi Bhabha's love for Western music was also a factor in the choice of Vienna. The IAEA's gradual evolution as a nuclear watchdog and a regulatory rather than a promotional agency made it acceptable to Austria, which has been a champion of nuclear non-proliferation. The location of the IAEA in Vienna enabled (then United Nations secretary general) Kurt Waldheim to locate an impressive array of other UN offices along the Danube.

Not only Japan, but even the IAEA is in a crisis situation over the Fukushima disaster, which the agency still euphemistically calls a 'nuclear accident'.

Safety, one of the main pillars of the agency, is badly shaken and its credibility as a crisis management body in the event of a nuclear accident has been called into question.

The open admission by IAEA Director General Yukio Amano, a Japanese, that the agency is not mandated to intervene either to prevent accidents or to force itself into emergency situations have exposed the chinks in its armour. The impression on the ground in Vienna is that the agency has failed to play its role in a nuclear emergency, for which it was supposed to be prepared.

The IAEA has its own alphabetical soup to deal with nuclear emergencies. IEC (International Emergency Centre), ISSC (International Seismic Safety Centre), RANET (Response Assistance Network) and INES (International Nuclear and Radiological Event Scale (INES) are only some of the acronyms being heard in Vienna these days as the emergency response capabilities, some of which were in existence right from the inception of the IAEA and others were added after the Three Mile Island and Chernobyl accidents.

But the daily updates, on the IAEA Web site, have little to show in terms of action or intervention in Fukushima. The updates simply reproduce the data given by the Japanese authorities, without any interpretation or conclusion on the part of the IAEA. For radiation levels, there are reports from neighbouring countries. Among these reports was one from Singapore, which was subsequently denied. Even the downgradaing of the emergency situation from 'very serious' to 'serious' is attributed to the Japanese authorities.

The daily updates from March 11 onwards show that the IAEA went by the book in dealing with an unprecedented tragedy of gigantic proportions. The director general expressed condolences about the accident, went into 'full response mode' and did virtually nothing else.

Even after three full days of fast developments of alarming proportions, the IAEA kept stating on its Web site that 'the IAEA stands ready to provide technical assistance of any kind.'

The approach was cautious, sensitive and aimed at not causing alarm or loss of faith in nuclear power. The IAEA could only offer 'good offices' and the Japanese government took time to assign some responsibilities to the agency.

A brief visit by the director general to Tokyo a week after the accident and his report to the IAEA Board of Governors pointed to the limitations of the agency in dealing with nuclear emergencies. The IAEA was given only the responsibility of taking radiation measurements and the identification of Japan's needs for a future environmental monitoring programme. The agency neither sought nor was it asked to do any fire-fighting at Fukushima.

Amano's report to the board on March 21 was frank and forthright.

'I explained that we are not a nuclear safety watchdog and that responsibility for nuclear safety lies with our member States. The IAEA acts as a hub for international cooperation, helping to establish safety standards and providing expert advice on best practices. But, in contrast to the agency's role in nuclear non-proliferation, nuclear safety measures are applied voluntarily by each individual country and our role is supportive,' he said.

In an atmosphere of overwhelming sympathy for Japan, the governors did not take issue with the director general, but it was clear that for the IAEA the main priority was safeguards and not safety.

The IAEA's founding fathers were acutely aware of the safety dimension of nuclear activities and had given considerable attention to safety, together with safeguards and nuclear applications. But over the years, the call for 'balance' among the activities of the IAEA became taboo as the agency began to stress safeguards to the detriment of its other activities.

The situation became more complex after the 9/11 attacks in the United States, because of the new concerns about nuclear security. The new duties of security were assigned to the safety wing of the agency, with consequent downgrading of safety concerns.

The Three Mile Island accident as well as the Chernobyl disaster had prompted reviews of the safety dimensions of the agency. New institutions were created, but it was left to the initiative of member states to make use of them, subject to the availability of resources.

For instance, the Operational Safety Review Team Programme set up after the Three Mile Island accident is available for peer review, but some countries, including India, have declined offers by OSART of safety inspections.

The former director general raised this issue with me on my first call on him and reminded me of the importance of India accepting OSART missions in its own interest.

But we have remained adamant about not using it on the ground that we have sufficient safety measures and that we are members of the World Association of Nuclear Operators, which was established after the Chernobyl incident. OSART missions have been found useful by countries like France and it is time for us to reassess its value.

In response to the criticism that the IAEA has been ineffective in dealing with nuclear emergencies, the agency has convened a high level ministerial conference on nuclear safety in Vienna from June 20 to June 24.

This is indeed a timely and important initiative, bringing together foreign ministers of IAEA member States, the UN secretary general and the heads of international organisations that are participating in the Joint Radiation Emergency Management Plan, led by the IAEA.

The director general has already indicated the direction the conference could take on the basis that 'nuclear power will remain an important and viable option for many countries as a stable and clean source of energy.'

The agency's role in safety will need to be re-examined and safety standards may have to be made more stringent. The current international emergency response framework must be reassessed. A rapid deployment team of nuclear experts may be placed at the disposal of the director general for emergency consultations and action. The possibilities are endless.

The need for the hour is to make the IAEA a 'nuclear safety watchdog', a role which may be more important, in many ways, than being a non-proliferation watchdog. It should be given the authority, resources and technical capability to intervene expeditiously as and when necessary.

For India, this is a splendid opportunity to make imaginative suggestions and offers, which go beyond our present hesitation to use IAEA mechanisms for safety.

It is not enough for the leader of the Indian delegation to the conference to place his hand on his chest and say that our nuclear facilities are safe. We should open up our reports on previous incidents in our facilities and accept expert opinion, including the services of the OSART programme.

With the separation of our civilian facilities for safeguards, there should be no objection to intrusive safety inspections.

A large contingent of Indian experts is already in Vienna to attend the fifth review meeting of the contracting parties to the Convention on Nuclear Safety. The chance meeting of this body at a time like this should be fully exploited to test the waters before the conference in June.

The IAEA is not the forum to raise issues related to alternate sources of energy to replace nuclear power. But the reverberations for the persistent calls for the use of other forms of energy will certainly reverberate in the halls of the UN complex in Vienna.

The director general has gone on record to say that 'the worries of millions of people throughout the world about whether nuclear power is safe must be taken seriously.'

This is more than what some of the members of the IAEA are not prepared to say. The expectation of the nuclear renaissance will elude us further as the focus shifts from appetite for energy to safety.

The IAEA 2020 will be somewhat different from the picture envisaged in the report by the Eminent Persons Group (Vision for the Future) of which I was the executive director.

The IAEA should brace itself for change. 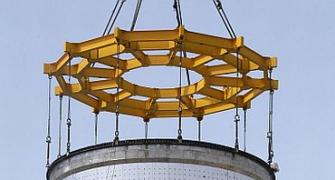 In PHOTOS: Operation Cool in Fukushima 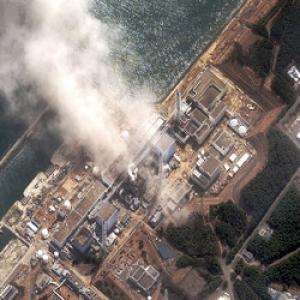 Explained: The Fukushima crisis and lessons for India 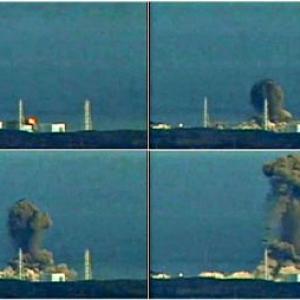