News
Business
Movies
Sports
Cricket
Get Ahead
Money Tips
Shopping
Sign in  |  Create a Rediffmail account
Rediff.com  » News » 100 days of Trump: The good and the bad for India

'The domination of American foreign policy by the military poses some hidden dangers for us.'
'We must factor in that the Pakistani military and the US military have close ties going back three generations.'
'Pakistan will find sympathetic ears in the Pentagon against India as the bogey man.'
'This will be further milked to the maximum by raising the ante in Kashmir through its proxies,' warns Colonel Anil A Athale. 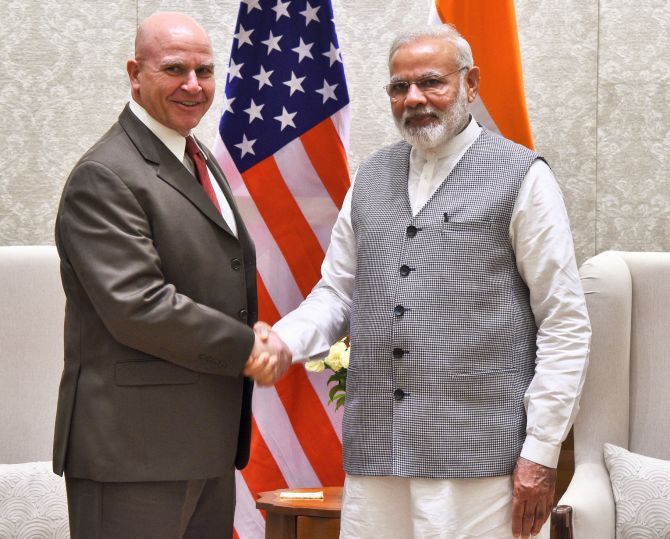 In the early 1950s when the United States had a monopoly on nuclear weapons, the late Bertrand Russell, the famous philosopher and peace activist, wanted the US to use that power and initiate a 'World Government' on its own.

Lord Russell was against American policies in Vietnam and in the Third World, yet expressed a view that if there has to be a single power dominated world, then the US was the preferred candidate.

Coming from a trenchant critic of the US, this represents high praise as well as the world reality of the latter part of the 20th century and the first two decades of the 21st!

Indeed, American power has been largely responsible for preventing the world from descending into anarchy and spinning out of control.

Donald Trump came to power on the explicit promise of reducing American commitments to the Allies and retreat into the 'isolationism' of the 1920s.

While this appealed to the generally ignorant constituency that elected him, America's allies and US experts were aghast.

The 21st century is NOT the 1920s as factors like the global spread of nuclear weapons, an interlinked world economy and trade and travel has transformed the world into a global village.

No major country today can think of isolating itself from the world, survive and thrive.

In the early days of the Trump presidency, there was an expectation that he would reverse his campaign rhetoric and realise the world's reality.

It is still early days, but Trump seems to have packed his cabinet with people of a business background, giving short shrift to experts in foreign policy. The only exception he made was in the case of military personnel.

His government, on the verge of completing its first 100 days, is not even fully staffed.

The twin effect of this on the rest of the world was that many rogue regimes and terror organisations felt emboldened to carry out their agenda without caring for the American reaction.

It appears that the Syrian use of chemical weapons and North Korean belligerency were the result of this expected American retreat from the rest of the world.

The feeling that Trump was serious in implementing his agenda was reinforced with his 'visa ban' on certain countries and attempt to roll back Obama Care, the prevailing American healthcare system.

This expectation of the retreat of American power from the global arena also prompted China and Russia to move aggressively to fill in the power vacuum.

The Russian and Chinese actions of the last fortnight seem to be in that direction. One victim of this was the Chinese reaction to the Dalai Lama's visit to Tawang.

But it appears that the Trump administration has seen the dangers of this move and a course correction seems to be on.

On April 7, the US launched 59 Tomahawk missiles against Syria for its alleged use of gas against the civilian population.

This was swiftly followed by the use of largest non-nuclear bomb on April 13 against an ISIS base in Afghanistan.

Trump has thereby signalled that he is prone to use American military power as the 'first' option. The proliferation of military men in his administration makes this to be not just a one off event, but may well indicate a trend for the future.

Purely from an Indian perspective, this is not a bad thing as India can expect a robust American response to ISIS and other terrorist organisations.

But the domination of American foreign policy by the military poses some hidden dangers for us. We must factor in that the Pakistani military and the US military have close ties going back three generations.

Pakistan will find sympathetic ears in the Pentagon against India as the bogey man. This will be further milked to the maximum by raising the ante in Kashmir through its proxies.

The signs are already ominous for India as the new administration has enhanced military aid to Pakistan.

Given the Chinese hostility to India, the US may well conclude that India has no real option but to lean on the US for support.

The price for this support, as historically been demanded by the US, is to accommodate Pakistan on Kashmir.

America's ambassador to the UN has already spelt out that the US wants to mediate on Kashmir.

The twin tasks before India are cut out.

We have to manage the perception battle on events in the Kashmir valley and gird up for a tough bargain with the US on Kashmir.

In a far weaker state in the wake of the military defeat at the hands of the Chinese in 1962, we managed it. There is no reason why a much more powerful India cannot withstand American pressure on this issue.

But for this we have to set our house in order. At the very least, can we have a full time defence minister?

Colonel (Dr) Anil A Athale is a military historian. 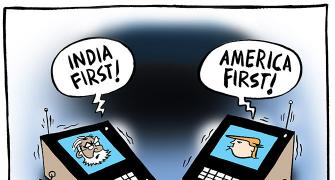 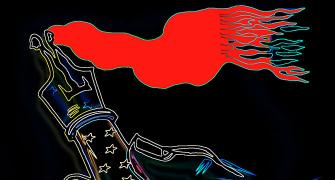 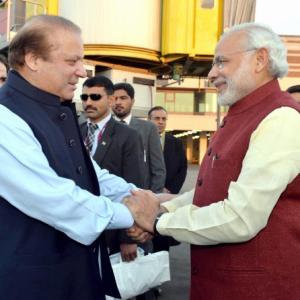 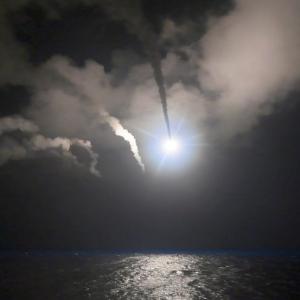