News
Business
Movies
Sports
Cricket
Get Ahead
Money Tips
Shopping
Sign in  |  Create a Rediffmail account
Rediff.com  » News » How will the Game of Thrones play out in Tamil Nadu?

How will the Game of Thrones play out in Tamil Nadu?

'Tamil Nadu's youth bulge will soon be 70 per cent of the population, many of them smartphone-toting millennials looking for gains more tangible than what screen gods can give,' says Sunil Sethi. 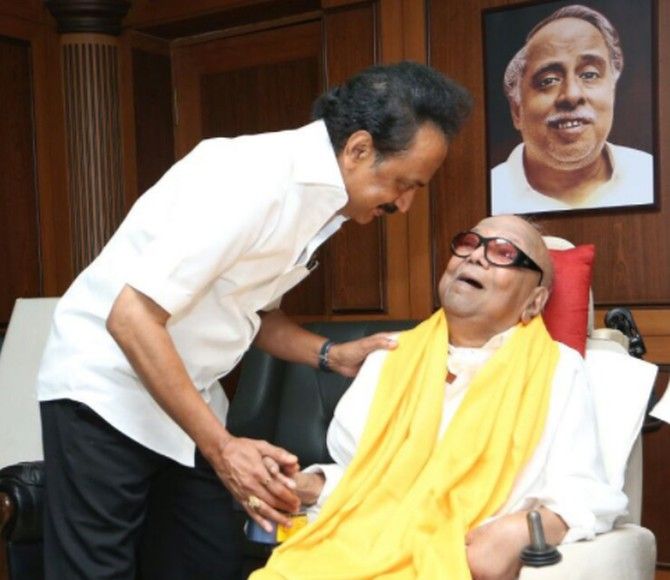 IMAGE: M K Stalin, who now heads the DMK, with his father M Karunanidhi under the watchful gaze of the party's legendary founder C N Annadurai.

Two themes have predominated Tamil Nadu's Game of Thrones for over half a century: Films and battles of political succession.

Without cinema there would be no M Karunanidhi, the state's longest-serving chief minister and DMK patriarch, laid to rest amidst a swollen tide of grieving humanity on Chennai's Marina Beach; nor would there be cult stars and mass leaders like M G Ramachandran and his successor J Jayalalithaa, who died in December 2016.

In a dramatic twist, typical of the scores of blockbusters he scripted, there was even a last-minute courtroom drama whether 'Kalaignar' could be buried alongside them.

Once longstanding cohorts of Tamil film studios, and later political enemies after the DMK's split in 1972, their careers were inextricably intertwined.

It was Karunanidhi who fashioned MGR's swashbuckling Robin Hood image in Malaikallan, a film so successful that not only was it the first Tamil movie to win a President's medal but was remade as the Hindi hit Azad (1955), starring Dilip Kumar and Meena Kumari.

Yet no three larger-than-life figures could be more different in background and outlook.

Karunanidhi alone was the son-of-the-soil who came from a backward community, born to a family of temple attendants. MGR in contrast was an upper caste Nair of Malayali provenance while Jayalalithaa, a Kannada-speaking Brahmin from Mysore, alone was fluent in English.

It is often speculated how Karunanidhi achieved his phenomenal literary output and coruscating script-writing skills. He had little formal education yet produced volume after volume of fiction, drama, memoir and journalism throughout his life.

He learnt the classical Ramayana backwards at his father's knee, but developed an autodidact's prodigious memory that enabled him to recite Kalidasa's verses by the yard.

Avowedly atheist and anti-caste, his film plots were message-laden with reformist zeal, but the memorable dialogue came laced with witty sarcasms and stinging double entendres.

His acid punning quips could alleviate the tedium of administrative meetings. A senior Tamil Nadu civil servant recounted an incident where police reports of an officer conducting an illicit dalliance at Kovalam's beach resort were brought to the chief minister's notice.

Karunanidhi merely cocked an eyebrow over his wraparound dark glasses (the result of a botched eye surgery) and muttered, 'Ah, kevalam Kovalam!', the word kevalam translating from Tamil as 'disgusting' or 'sleazy'.

For all his anti-Brahmin, anti-Hindi political crusade and drive to establish Tamil Nadu's industrial base he could be a traditionalist of the old school, faithfully dividing his time between his two wives, Rajathi Ammal and Dayalu Ammal.

Visitors to his modest two-storey bungalow in Gopalapuram realised that the reason the house never expanded upwards was because, in Tamil custom, no house can be higher than a nearby temple gopuram (pinnacle) -- and such a temple stood right across the street.

He was a ruthless political opponent, steadfast in eliminating rivals in the DMK hierarchy, fighting MGR's AIADMK tooth and nail and playing ducks and drakes with the Gandhi family-led Congress party.

He opposed the Emergency, and was paid back by Mrs Gandhi appointing the Sarkaria Commission to investigate 'wide ranging charges... (with) themes for a series of cine thrillers on hush-hush deals, murder cover ups, big scale bribery and the like'.

It came to naught just as the acquittal last year of his daughter, Rajya Sabha MP Kanimozhi, and former telecom minister A Raja in controversial television channel ownership and 2G scams.

But Kanimozhi's incarceration in Tihar was perhaps no greater humiliation than violent images of Jayalalithaa's sari being torn in the Tamil Nadu assembly by DMK members, which gripped the nation in 1989. She had risen to make a protest as Karunanidhi presented the budget.

Tamil Nadu's political landscape looks decidedly anodyne with the passing of such celluloid-inflated figures and their high-octane dramas.

How will the Game of Thrones now play out?

Both MGR and Jayalalithaa were childless and her succession was, if anything, Apostolic. Her aide Sasikala, also childless and in jail, must rely on nephews like T T V Dhinakaran who hold the purse strings.

The ruling AIADMK may have the numbers, but it is a party fractured and orphaned.

Given a simmering family brew in the wake of the departed patriarch, the DMK may also lose steam by the next election in 2021.

To recapture public appeal, fading film stars like Kamal Haasan and Vijayakanth have floated parties; Rajinikanth is likely to enter the fray. But Kamal Haasan hasn't given a hit in years, and Rajinikanth has health problems.

Something more radical has changed -- Tamil Nadu's youth bulge will soon be 70 per cent of the population, many of them smartphone-toting millennials looking for gains more tangible than what evanescent screen gods can give. 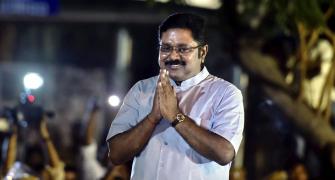 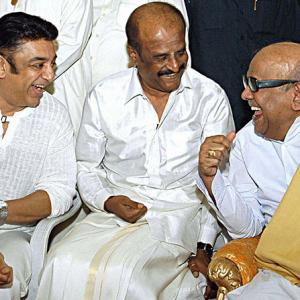 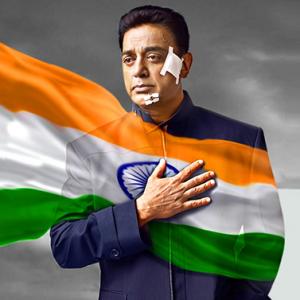