No one should be allowed to use Pakistan's territory to import or export terrorism, says Hamid Mir. 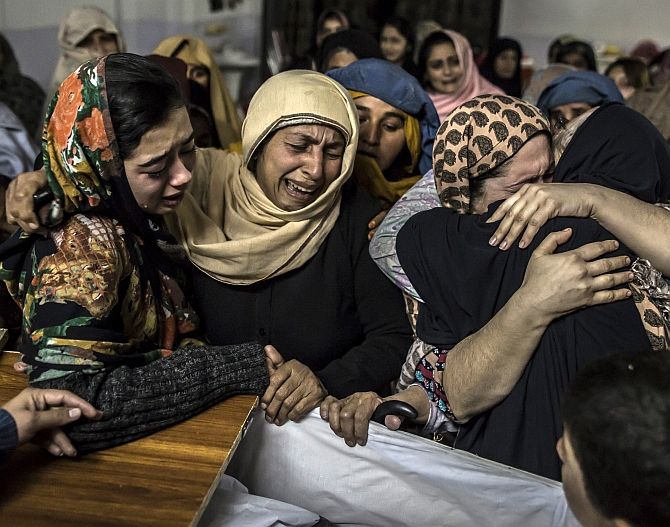 Only a week ago, Malala Yousafzai and Kailash Satyarthi won the Nobel Peace Prize in Oslo, an event celebrated all over the subcontinent. Malala gave an interview the same afternoon to Barkha Dutt of NDTV and me from Oslo. She announced that she would return to Pakistan in July 2015 and said she would build more schools in Pakistan.

The Tehrik-e-Taliban Pakistan was angry with Malala's announcement. The TTP the same evening threatened to attack all those celebrating Malala's honour.

Within a week, the TTP turned the happiness of Pakistanis into grief and mourning. It attacked the Army Public School in Peshawar on the morning of December 16, killing more than 130 students including their teachers. 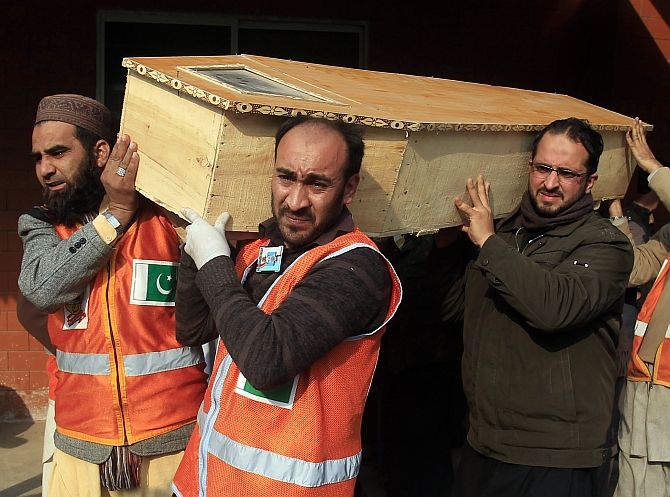 Rescue workers and a family member carry the coffin of a student who was killed during an attack by Taliban gunmen on the Army Public School. Photograph: Fayaz Aziz/Reuters

The deaths of more than 130 schoolchildren forced Prime Minister Nawaz Sharif and Opposition leader Imran Khan to forget their political differences for a while. Imran Khan cancelled his protest on December 18 in Islamabad and rushed to Peshawar. He was elected a member of Pakistan's national assembly from the same city in 2013.

The people of Khyber Pakhtunkhwa gave his Pakistan Tehreek e Insaf party a mandate with the hope that he would give them peace. This dream of peace never came true.

Prime Minister Sharif announced a military operation against the TTP in June 2014 in North Waziristan. Instead of supporting the operation, Imran Khan launched an agitation to overthrow Sharif's elected government with Dr Tahirul Qadri's help.

Imran Khan's agitation created problems in civil-military relations because the elected government in Islamabad suspected a conspiracy hatched by some serving and retired intelligence officials for the Pakistan Tehreek e Insaaf party's sit-in outside the national assembly.

This agitation weakened Nawaz Sharif and the TTP emerged the ultimate beneficiary. The TTP attacked a gathering at the Wagah border near Lahore on November 2 where 55 people were killed by a suicide bomber. But this tragedy failed to create unity among the main political forces against the terrorists. 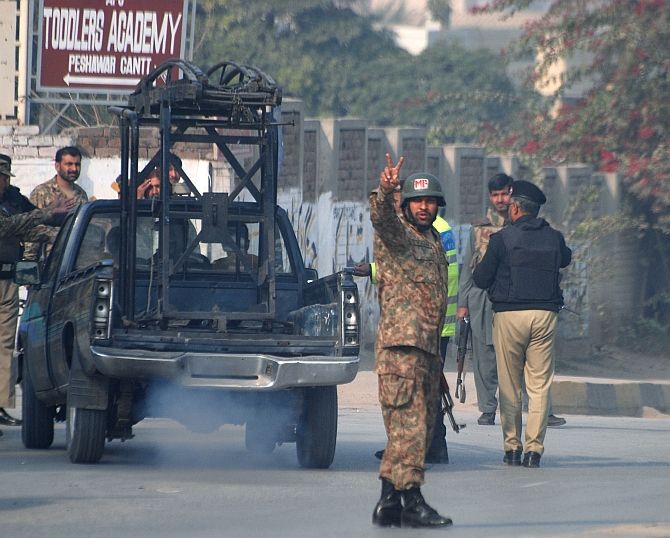 A soldier gestures on a road leading to the Army Public School. Photograph: Khuram Parvez/Reuters

The deaths of more than 130 students in Peshawar has forced the politicians to abandon their differences. Nawaz Sharif has called an emergency meeting in Peshawar on December 17 and invited all the heads of political parties present in the national assembly. This mini all parties conference will try to forge a united front against the TTP.

The people of Pakistan desperately need answers to some very important questions. The most important question is that why did the security forces fail to protect a school, located very close to the US consulate and the governor's house in Peshawar?

The Army Public School is situated in the cantonment area. There are many checkposts around the school. How did terrorists dodge all the security checks by wearing the uniforms of paramilitary forces?

Some analysts say this cowardly attack is a reaction to the successful military operation, which began in North Waziristan six months ago. If the military operation is a success, how could the terrorists organize a lethal attack in the most secure area of Peshawar?

Who will answer these questions? Nawaz Sharif, Imran Khan or the army chief, General Raheel Sharif?

This tragedy should be an eyeopener for all of us. Let us unite and strike at these terrorists. If we keep fighting with each other, we will play into the hands of the terrorists.