Fresh sanctions against N Korea: A serious mistake by US

The US is unwittingly proving to the North Korean leadership that its experimentation with transparency was unwise, says B Raman

The United States is committing a serious mistake in imposing fresh food sanctions against North Korea for attempting to launch a rocket on April 13 -- in defiance of international appeals against doing so and in violation of its past commitments not to do so -- in return for a resumption of food aid.

The launch -- which the US described as an attempt to test a long-range missile and North Korea projected as an attempt to put a satellite in orbit to mark the 100th anniversary of the birth of his grand-father Kim ul-Sung -- failed. After the launch, the second stage failed to separate from the first and the rocket disintegrated.

It was a double humiliation for North Korea, its leaders and people. The first humiliation arose from the failure of the rocket and the second from the fresh food sanctions sought to be imposed on North Korea at the instance of the US for trying to test the rocket.

The double humiliation has come at a time when Kim Jong-Un, who succeeded his father as the ruler four months ago, seemed to have consolidated his position. On the eve of the launch, he assumed the posts of the First Secretary of the Korean Workers' Party, the Chairman of the Central Military Commission and the First Chairman of the National Defence Commission, a newly-created post.

North Korea has had rocket/missile failures in the past which it never admitted to and instead projected as a success. This time, it had to admit the failure, because, in a rare act of transparency in an otherwise closed society, Kim Jong-Un had invited nearly 150 foreign invited for the launch, even at the risk of any failure becoming public knowledge.

This act of transparency seems to have had two objectives. Firstly, to convince the world that North Korea was placing a satellite for peaceful purposes in orbit and not testing a long-range missile as alleged by the US and South Korea.

Secondly, it may have been an attempt at opening up of the closed North Korean society.

This act of transparency required great courage on his part. It should have been rewarded by the opponents of North Korea, led by the US, in order to encourage him to continue on the path of gradually opening up North Korea. Instead, by seeking to strengthen the food sanctions for attempting to launch the rocket, the US is unwittingly proving to the North Korean leadership that its experimenting with transparency was unwise.

North Korea may now reverse its experimentation with transparency and any hopes of a wind of change in the nation under the new ruler will stand belied. By humiliating Kim in the eyes of his people, the US has lost any chance of experimenting with a new policy which would have had the objective of encouraging Kim Jong-Un to gradually come out of his shell. 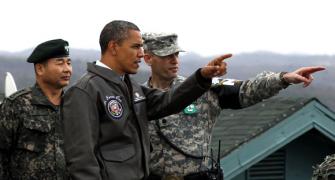 INSIDE KOREA'S DMZ: The most DANGEROUS place on earth 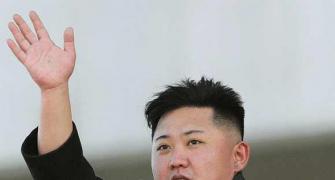 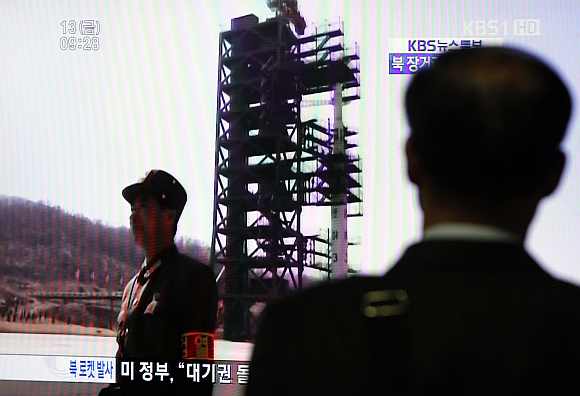 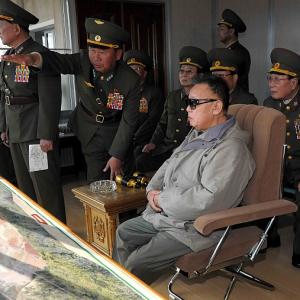