The US State Department has responded on June 14 formally to India's protests over the arrest of Krittika Biswas. The reply is sugar coated, but the answer is an unambiguous assertion that dependents of officers of the consular corps are not entitled to diplomatic immunity.

Diplomatic immunity gives a sense of security to those who "lie abroad" for their nations, but it is best when it is not tested. Fortunate are those who enjoy the privileges such as duty and tax free facilities, but do not ever have to resort to immunity to escape action against criminal offences. The cases of Dominique Strauss-Kahn and Krittika Biswas clearly illustrate that police authorities, particularly of the New York variety, have little respect for diplomatic niceties. For them, they are criminals first and managing director of the International Monetary Fund and an Indian vice-consul's daughter later. They know that the lawyers will fight endlessly over the fine points of law, but they believe in instant justice for those who are criminals in their eyes.

The way the world has reacted differently to the two cases of violation of diplomatic immunity, however, indicates that the public accepts technical violations in the case of serious crimes, but questions them in cases of juvenile or light crimes. The way DSK was pulled out of a plane and taken handcuffed to jail for an alleged rape attempt, which had not yet been proved, inspired awe rather than derision, while the narration of the travails of an 18-year-old hapless Krittika aroused sympathy for her and condemnation for the police. Popular perception, rather than diplomatic immunity, was the decisive factor, which determined public reaction to the two events. The managing director of the IMF, doubtless, had diplomatic immunity, but it became irrelevant, while Krittika's immunity was in question, but her humiliation stood condemned.

Diplomatic immunities and privileges should be the same in every country that has ratified the related Vienna Conventions, but in actual practice, different countries apply them differently. The more developed the country, the less respect for privileges and immunities. In India, for instance, even the junior most diplomats and consular staff are treated with respect even if they do not have privileges by the book. In New York, on the other hand, people complain about special parking spots and tax concessions for diplomats. Those in the line at a department store in New York openly protested when I handed my tax exemption card to the cashier and no amount of explanation that this was a reciprocal facility available also to the American diplomats in India satisfied them. "They should also not have such privileges," was the answer. Parking fines and towing were made applicable to diplomatic cars in New York after a public outcry. At one point, there was even a move to ship the UN out of New York on account of the presence of too many diplomats disturbing peace in New York even while building peace in other corners of the globe. The city appeared to be willing to give up the vast amount of revenue it earned from the UN presence there.

In most developing countries, diplomatic passport-holders are waved off at immigration and customs counters, but in many Western capitals, such privileges cannot be taken for granted. Terrorism and drug-trafficking have made diplomatic privileges less relevant today than before.

In the case of Krittika, diplomatic privilege is only a side issue. The questions being asked in India are whether her alleged crime was serious enough to call the police and whether the police treated her harshly because of her colour and nationality. The answer may well be negative to both these questions. Diplomatic immunity for the children of the consular staff is a matter of interpretation of the Vienna Convention and the US interprets it narrowly. The first mistake was made by the teacher by calling the police, which took disproportionate action. The details of her humiliation, which were given by Krittika, were abhorrent, to say the least. Like the Indian police, the New York police seemed unaware of the basic human rights of a teenager. Whether she had diplomatic privileges or not was not an issue here.

The racial overtone was given to the incident by the subsequent revelation that the actual culprit, a Chinese boy, was treated differently even after his guilt was established. Here, a charitable explanation could be that having faced charges by the Indian consulate and others in the case of Krittika, the police went soft on the Chinese boy. The mystery is that this incident, which took place in February, did not come to public attention till Krittika announced her intention to sue the New York City for one and a half million US dollars. Was her decision to sue the city prompted by the subsequent soft handling of the Chinese case?

It is quite out of place to bring into this case India-US relations and China-US relations and their respective importance for the US. The State Department could never have instructed the police to run foreign policy. There could well be a certain animosity in certain circles towards foreigners in general, but it will not be limited only to brown colour. One far-fetched explanation could be that Indian children in American schools are so bright that there could be some envy towards them and an over-zealous teacher may have tried to fix one of them.

Indians in the US are great achievers and they have begun to be noticed everywhere from the White House to the Board Rooms of big corporations. Inevitably, therefore, there have been instances of targeting them for harsh action even on suspicion of demeanor. Average Indians constantly complain of racial discrimination in matters of promotion and crucial appointments. But the success stories are overwhelmingly higher than instances of discrimination. Discrimination is certainly not the policy of the Government even if it is being practiced in certain circles. The US is still a country of equal opportunities even if some may feel deprived of their jobs by immigrants. In the case of Krittika, it could be a conspiracy between a teacher and a police official, but not racial discrimination or anti-Indian feeling. Even the earlier cases of disrespect to diplomats should not be construed as anti-Indian.

The Government of India was right in taking up the case in right earnest and in allowing Krittika to sue the city, but this case should not be mixed up with politics or with immunity issues. Some have called for reciprocity in applying the immunity provisions to American diplomats, which is fine, but there should not be any action that smacks of revenge. Diplomatic immunity is meant for ease of functioning, not to shield offenders and it should be applied more as an art rather than as a science. The New York police was praised for dealing with DSK but was criticised in the case of Krittika, and that is a lesson in itself. 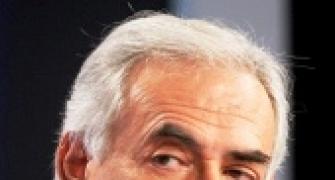 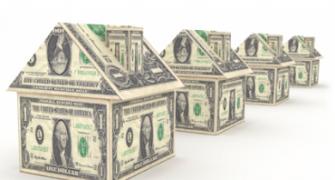 No immunity for diplomat's daughter, says US