Ivory Coast: A call for non-interference

At stake in Ivory Coast is a thriving economy and a fragile tribal balance, which threatens to turn into a religious issue. Neelam Deo reviews the options before the country and the global community

Hotly contested elections in Africa are not a new phenomenon. In the Ivory Coast, however, a presidential run-off held on November 28, 2010, was so fiercely fought that both the incumbent and the challenger have declared themselves President and begun, in a manner of speaking, to rule.

Alassane Outtara, prime minister and leader of the largely immigrant, Muslim population in the north of the country, has set up temporary headquarters in the Hotel Du Golf in the capital Abidjan. He is protected by the United Nations but blockaded by his rival, former President Laurent Gbagbo, supported by the largely Christian Ivorian elite in the south.

While both claim victory, the international community supports Outtara, and has been pressurising Gbagbo to lift the blockade and leave the presidential palace or face force. Ivory Coast's membership of the African Union and the Economic Community Of West African States has been suspended and the regional monetary authority could freeze the country's funds. This means that the Gbagbo government will find it harder to pay its armed supporters and bureaucrats next month. That is a much more serious threat to the country than the travel bans that are so dear to the hearts of the Americans.

Attacks by forces on both sides continue; the threat of violence against immigrant communities risks a significant exodus. Weapons from civil wars in the neighbouring states of Liberia, Guinea and Sierra Leone have flowed in and both Ouattara's supporters, the Force Nouvelle, and Gbagbo's Young Patriotic Force are heavily armed and impatient for combat. The Outtara-appointed Ivorian ambassador to the UN has warned of a genocide unless stronger measures are taken to force Gbagbo to step down.

The situation has two possible outcomes: either President Gbagbo steps aside, or he plunges the country into the same situation it was in 2002 -- fighting a civil war against his challenger's largely Muslim supporters.

The roots of this conflict, of course, run much deeper than the past eight years. Like most former colonies, the Ivory Coast's complex internal divisions owe a great deal to the country's former imperial ruler.

Although the French made the country independent in 1960, more than 20,000 of them remained and continued to control the agriculturally-rich economy under a ruler who they approved of -- the dictator Félix Houphouët-Boigny, who remained in power until his death in 1993.

The wealth created in the early days was so great that the capital, Abidjan, was declared "the Paris of Africa." Ivory Coast became an early darling of the World Bank. The Ivorian Christian elite and French companies -- which still control more than two-thirds of the economy -- prospered greatly during the Boigny years. The Ivorians controlled the coffee and cocoa plantations while French businesses owned the utilities -- roads, telecom and power. To this day thousands of French troops still occupy bases held prior to independence, protecting the 15,000 French nationals and their extensive economic assets.

Throughout, the average Ivorian remained poor -- more than 40 per cent of the population currently lives below the poverty line -- although the thriving economy and political stability made the Ivory Coast a magnet for immigrants from all over West Africa, with the biggest inflow coming from Burkina Faso, a much poorer, Muslim-dominated desert state to the north.

The relatively benign mix of communities began to turn sour when the growth of the Ivorian economy slowed in the 1990s, following a worsening of the terms of trade for third world exporters of agricultural products and minerals. That caused resentment towards the large number of foreign workers -- estimated to make up one-third of the labour force.

This internecine resentment quickly spilt over into politics. In 1993 Boigny's successor, Henri Konan Bédié, introduced the concept of 'Ivoriete' which allowed only those whose parents and grandparents were born in Ivory Coast, eligible for the presidency. At the heart of this was an attempt to maintain the dominance of the southern elite by denying the Muslim-dominated north political representation under their unchallenged leader, the former International Monetary Fund official Alassane Outtara.

Bédié claimed -- a charge that Outtara denied -- that Outtara's grandparents were born in Burkina Faso and was therefore ineligible to run for president under 'Ivoriete'. Outtara, it should be noted, had been chair of the country's monetary authority, served as prime minister from 1990-93, and was respected and trusted.

Even though Bédié's successor Gbagbo (who became president in 2000) recognised that Outtara should be allowed to run for president, he feared an overturn of the existing order and enforced nationality rules designed to exclude the Burkinabe, keeping out Outtara.

The situation eventually changed following the 2002 civil war -- which ended after numerous interventions by the ECOWAS, the AU and France. The newly-formed government agreed at the time to hold elections by 2005 -- a promise that was only delivered upon last year.

With that election result in dispute, the country remains divided as it was in 2002, between the rebel Muslim-held North, and the government-held Christian South.

So what are the options for policymakers now?

First, it's difficult to see how ECOWAS can dislodge Gbagbo with regional armies since they are known to lack sufficient capacity. The only nearby force of any strength is the Nigerian army, whose shambolic record of government-making in Sierra Leone in the early nineties can hardly be wished upon the anchor economy of West Africa. The use of force could also set off the genocide it aims to prevent.

Second, the unhappy experience of forced coalitions of bitterly-opposed factions in Zimbabwe, Kenya and Ivory Coast itself argues against forming a government of national unity -- although Ouattara has hinted he may accept that outcome.

The third, and equally undesirable, alternative is partition. Much of the cocoa, coffee and cashew-growing areas are controlled by the civil war rebels who now support Ouattara. Even though they are exported through two southern ports, controlled by Gbagbo loyalists, exports have continued. With gold mining and the exploitation of oil and gas underway, the powerful commercial interests involved may consent to a hardening of the de facto partition of the country that has been in place since 2002.

Finally, there is the alternative of not interfering in the country's affairs at all. With five other elections taking place in West Africa this year, it's perhaps not the best moment for the United States, the UN, the EU, the AU and ECOWAS to unseat a government.

The outcome of the Ivory Coast face-off is important for India. The country already has good relations with Abidjan, and has expanded economic exchanges in the last decade through technical training and support to small-scale industries. Significantly, Ivory Coast could become an important source of oil as the Gulf of Guinea is developed, while India also has an interest in the role that the UN and regional bodies play in such situations globally. It has just become a non-permanent member of the UN Security Council and has been backed for permanent membership. Its response to the situation in the Ivory Coast will have to balance the empathy it feels towards former colonies with the realpolitik required to be seen as an emerging global player worthy of permanent membership of the Security Council.

Nonetheless, the international community's unenunciated support for imposing a Muslim leader is unconscionable. Outtara is deemed acceptable by the West because he is a former IMF economist and his presidency will assuage some of the religious anxieties of a West otherwise confrontational to Islam.

The international community would do well to remain neutral with regard to the Ivory Coast and other similar situations. As seen in south Asia, and Afghanistan in particular, taking sides and threatening force can lead to unpredictable and unhappy outcomes. 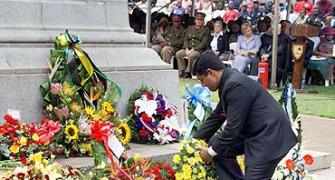 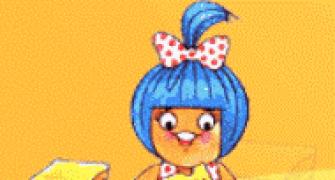 Nigeria to study the Amul model

Why Africa is where the future lies