Senior analyst B Raman elaborates on why India must not agree to any changes in border rules that China imposes to bring in Pakistan as an interested party.

In a previous article, I had stated as follows: "By questioning the legitimacy of India's sovereignty over Jammu and Kashmir, the Chinese may be creating a future option for themselves of questioning India's locus standi to negotiate  with them on the future of the Indian territory in the Ladakh area occupied by them in the past. They could use this option in future if their relations with India deteriorate."

Till November, 2010, Chinese officials refrained from specifying the length of the Sino-Indian border -- even roughly. This policy changed after the 14th round of the border talks held at Beijing on November 29 and 30, 2010, by Shiv Shankar Menon, India's National Security Adviser, and Dai Bingguo, the Chinese State Councillor.

The Global Times commentary said that the Chinese government's position was that both countries "will take into consideration each other's concerns, and work towards an equitable and justified settlement of border issues that is acceptable to both sides."

However, it quoted Zhao Gancheng, a leading Chinese strategist, as saying "Indian activities near the border" and "remarks made by senior Indian officials who played up the China threat" had "harmed the chances" of reaching a quick resolution. It did not make any reference to the length of the Sino-Indian border.

However, the comments of the two former Chinese ambassadors to India made specific references to the length of the border.  Zhou Gang was quoted as saying: "The Sino-Indian border stretches for about 2,000 km, and the two countries have never officially mapped it out. For a long time, the two sides abided by a traditional customary line based on their respective administrative regions."

Cheng Ruisheng was quoted as saying: "China and India share roughly a 2,000 kilometer border which has never been formally delineated."

In subsequent reports as curtain raisers to the just concluded visit of Prime Minister Wen Jiabao to New Delhi from December 15 to 17, 2010, sections of the Chinese media started specifying the approximate length of the Sino-Indian border as about 2000 kms.

A Xinhua report from Beijing disseminated before the departure of Wen to India described the Sino-Indian border as nearly 2,000-km long.

Xinhua's reference was reportedly based on an official briefing by the Assistant Foreign Minister of China Hu Zhengyue to the Beijing press corps on December 13.

On December 14, in an interview with the Indian ambassador to China S Jaishankar, the Global Times asked about the reported tensions on the border.

In response, Jaishankar said, "The reality contradicts any alarmist depiction of the situation on the border, whether in India or in China. We have a long common border of 3,488 km."

In publishing the interview the Global Times chose to add the following comments: "There is no settled length of the common border. The Chinese government often refers to the border length as being 'about 2,000 km."

India has always been estimating the approximate length of the Sino-Indian border as about 3,500 kms in all the three sectors -- eastern, middle and western -- taken together.

While it is about 2000 kms in the eastern and the middle sectors taken together, it is another about 1500 kms long in the western sector in Jammu and Kashmir.

China, which had never openly questioned the Indian estimate of the length of the common border before, is now unilaterally seeking to exclude from  consideration during the border talks the dispute between India and China over the Chinese occupation of a large territory in the Ladakh sector of J&K.

In fact, it is seeking to question India's locus standi to discuss with China the border in the J&K area in view of Pakistan's claims to this area. It is trying to bring in Pakistan as an interested party in so far as the border talks regarding the western sector are concerned.

It wants to change the format of the border talks in order to keep it confined bilaterally to the eastern and middle sectors and expand it to a trilateral issue involving India, China and Pakistan in the western sector.

The exclusion of the border in the J&K sector from its estimate of the total length of the border is another indication that it does not recognise India's claims of sovereignty over J&K.

This has come in the wake of its decision to stop issuing regular visas to Indian citizens residing in J&K and to issue them only stapled visas.

It is apparent that this is part of a well thought-out policy of unilaterally changing the ground rules of the border talks. It had earlier allegedly changed the ground rules in the eastern sector by going back on a prior understanding with Prime Minister Manmohan Singh that the border should be demarcated in such a manner as not to affect populated areas.

It is now going back on its previous stand in the western sector by seeking to challenge India's locus standi in view of its dispute with Pakistan.

Even at the risk of a further delay in the exercise to solve the border dispute, India should not agree to any change in the ground rules which would restrict the border talks only to the eastern and middle sectors and exclude the western sector on the ground that India has a dispute over this area with Pakistan. 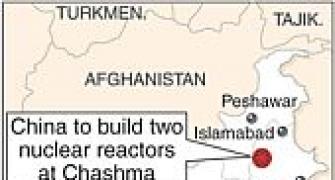 Is US okay with China supplying N-reactors to Pak?
China's growing role in Pakistan-occupied Kashmir
Sino-Indian border is only 2000 km long: China 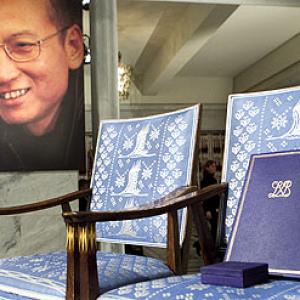 Pakistan, China to set up hotline for stronger ties?