Can Pakistan afford to antagonise the Gulf kingdom? 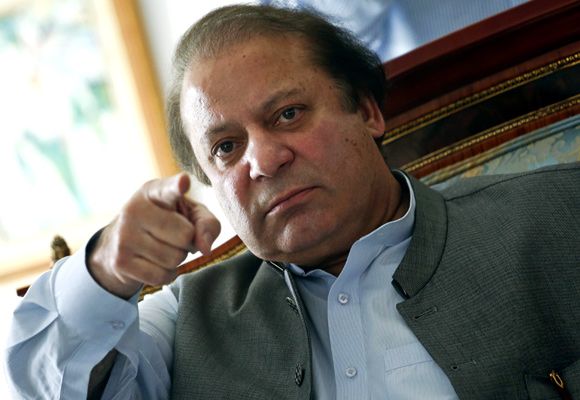 How long can Pakistan remain neutral in the Saudi Arabia-led Yemen conflict?

Embroiled in controversies over presstitutes, dahi misal and vada pav, Indians have missed the fascinating debate that has been raging in Pakistan parliament over the war in Yemen. Fascinating, because rarely do you see such an interplay of domestic and foreign policy and a public calibration of power between the army and the civilian government

In early March, the new King of Saudi Arabia, Salman bin Abdulaziz called Pakistan Prime Minister Nawaz Sharif to Riyadh for consultations. Why, it became clear later. Upon his return from Riyadh, after discussions with the chiefs of the three services, Sharif dispatched a team of his two closest lieutenants: Defence Minister  Khawaja Asif and Sartaj Aziz, the foreign policy advisor, to Riyadh. Along with them, as monitors, were representatives of the army, navy and air force.

Storm clouds had been gathering over Yemen for some time. Saudi Arabia shares a border with Yemen and on the request of ousted Yemen President Abd Rabbuh Mansur Hadi, on March 26, Saudi Arabia initiated air strikes and a naval blockade against the Iran-backed Shia Houthi rebels who had captured the Yemeni capital of Sana'a.

Saudi Arabia called for a (Sunni) coalition of the willing to defend not just the Kingdom but also the two holy mosques. Qatar, Morocco, Kuwait, the UAE, Bahrain, Jordan, and Sudan signed up. The laggards were Turkey and our very own Pakistan.

Sharif was loath to turn down a request from Saudi Arabia to whom he owes so much. It was Riyadh that gave the Sharif family shelter when Pervez Musharraf overthrew the Pakistan Muslim League Nawaz government in a 1999 coup. The Sharif family has extensive personal business in Saudi Arabia.

Indulging Saudi Arabia made eminent political sense as well. Islamic radicals and moderates alike could hardly fault him for providing military help to defend Mecca and Medina. But what Riyadh was asking was much more.

It wanted to use Pakistani soldiers to go into Yemen and do the fighting -- they wanted Pakistan air force aircraft, pilots and possibly even the infantry.

Sharif didn't know how to get out of that one. So, he told Riyadh he would have to consult parliament. He found defence forces lukewarm to the idea of fighting Saudi Arabia's war for it -- despite a 600,000 strong standing army, with 10,000 soldiers on peace-keeping duties, two hot borders with India and Afghanistan, and the Zarb-e-Azb counterinsurgency operations, the defence forces are stretched to capacity.

But could Pakistan afford to antagonise Saudi Arabia? The country that gave Islamabad $1.5 billion last year to shore up foreign exchange reserves? Of all Pakistan's foreign remittances in FY14, $4.7 billion came from Saudi Arabia, from Pakistani workers, legal and illegal, who endure harsh working conditions, ill-treatment and worse to slog and send money home.

It was illegal Pakistani workers in the Kingdom who had suffered the most when Saudi Arabia launched its Nitaqat programme in 2013 to drive illegal workers out and replace them with Saudis. If Riyadh were to threaten another round of prosecutions under Nitaqat...

But Sharif met hostility to military engagement in Yemen from unexpected sources. The opposition came from both the Sunni and Shia communities (Pakistan is majority Sunni but has a less than 20 per cent Shia population).

Neither community wanted Pakistan to take sides -- faced with growing attacks on Shias, members of parliament, especially from Balochistan which has a sizeable Shia population, said Pakistan should not fight other people's war. This was also the stand of Imran Khan, of the Tehreek-e-Insaf party.

Others were more blunt. If we decide to help Saudi Arabia, what will Saudi Arabia do for us, MPs asked. Will the coalition of the willing come to Pakistan and guard us when India rattles sabres or threatens to attack? The Muttahida Qaumi Movement asked whether preemptive strikes should be supported, as the Saudis had done in Yemen. What if India were to launch a preemptive strike on Pakistan?

The Parliamentary debate is still going on, even as Foreign Minister of Iran, Javad Zarif has been to Islamabad with a 21-member delegation to tell Pakistan that although Iran is not backing the Houthis (yeah, yeah) it wouldn't like to see Pakistan putting the Iran-Pakistan gas pipeline in jeopardy.

Sharif has obligingly said Pakistan is in no hurry to take a decision -- after all, a full democratic consultation process must be allowed to play out.

What the civilian government's equivocation will do to its relations with the armed forces is not clear. Although experts feel the question of civil-military relations in Pakistan is a settled one, at least for the moment, could the Pakistan military live with an assertive Parliament? Today, it is a military engagement in Saudi Arabia, tomorrow it could be something else...

Ultimately, Pakistan will send soldiers but only to defend Saudi Arabia, and will press for a negotiated settlement in Yemen. Make no mistake -- the Pakistani democracy is as voluble as India's.