'It is never a good idea to let the broad population determine policy that is the domain of experts and specialists,' notes Aakar Patel. 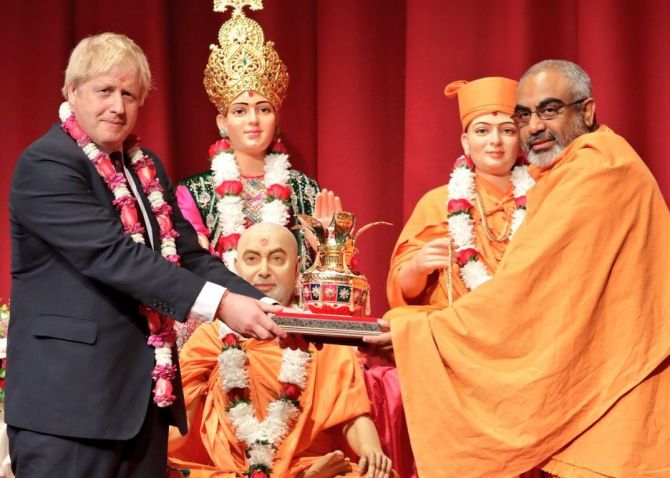 A nation's relations with the world -- foreign policy -- is the domain of its experts.

It's the playground of diplomats and scholars and folks who specialise in international relations.

But foreign policy does not touch our everyday lives, and it is complicated, practically without rules, and requires specialisation to understand.

Few citizens care what their government's attitude is towards other nations.

This allows most democratic nations to be flexible in their foreign affairs and the key goal is, of course, to maximise advantage.

When democracy first took root, in the city-States of Greece, popular opinion controlled every aspect of government and policy.

A set of people who were rotated and chosen by lot met almost daily and decided what would be done.

Of course, this got them into trouble regularly.

In 406 BC, after the Battle of Arginusae, the Athenian public in a fit of anger tried and executed six of their generals.

They soon regretted the act and events like this produced in Socrates cynicism in the people's wisdom.

As the size of the State expanded over the centuries, the idea of foreign policy and diplomacy as a sophisticated instrument that was best left to a few experts took root.

Occasionally, an event occurs that changes this and externalises foreign policy, bringing it into the public domain.

One such event in our times was 9/11, which, just like Pearl Harbour enraged Americans and brought their nation's relations with the Muslim world into the democratic space.

The people insisted on a say in diplomacy.

The wars in Iraq and Afghanistan and the Patriot Act were the 'gifts' of this slipping of foreign policy into the popular realm.

Of course, they caused severe internal damage without delivering any of the foreign policy goals that American anger set out to achieve.

India cannot normalise relations with Pakistan because of the same phenomenon.

There has been such investment in producing national emotion against the Pakistani State and people that we can no longer look on them rationally.

It is not possible for this government to easily take Pakistan policy away from the people and back into the domain of experts, where it belongs.

As can be seen, the move of foreign policy from specialists to the masses usually produces grief.

This is the lesson from Brexit, which Britain is learning and all of us will have the opportunity to observe at leisure as the tragedy unfolds. IMAGE: The House of Commons, Britain's parliament, approved Brexit on January 9, 2020, allowing it to become the first country to leave the European Union by January 31. Photograph: Toby Melville/Reuters

For centuries, the United Kingdom's strategy has been to maintain a balance of power in the continent of Europe.

The delightful serial Yes, Minister has a scene when a senior bureaucrat informs his boss of this history.

Keeping whatever current great power -- whether German, French or Russian -- occupied with European affairs kept Britain relevant and gave it the space to expand its empire.

This greatly benefited its population, which was rewarded with the spoils of history's greatest empire.

This policy towards Europe was not determined by popular opinion but a small set of people inside the government.

The historic centuries-old outlook of Britain towards Europe was changed by the formation of the European Union after the end of the World War II and the collapse of its empire and the loss of India.

In a moment of magic, European nations that had fought each other over hundreds of years decided to put their enmity and dislike aside and form an economic union.

Initially, in 1952, it was a union only of the coal and steel industries, because joining these two ensured that the nations would not go to war.

Over time, the union expanded to the full economy and also to visa-less travel, voting and a common currency.

All this meant, of course, that Britain's role as the one creating trouble was no longer relevant.

The other thing that the EU achieved was the free movement of people and this resulted under Tony Blair in about three million Eastern Europeans, mostly Poles, coming to Britain as economic migrants.

The Brexit vote, was in essence, a vote against further European immigration into Britain.

The City of London, which is the financial centre of the world, did not want Brexit because regulatory integration into Europe is essential for it.

And immigration also helped the economy, bringing in both labour and talent.

But the visceral reaction to immigration was inevitable once the foreign policy was externalised.

The real villain of Brexit for this reason is not Boris Johnson, the bumbling leader who will now take the UK out of Europe and towards certain disaster.

It is David Cameron, who called for the referendum on Brexit in the first place.

It is never a good idea to let the broad population determine policy that is the domain of experts and specialists.

The damage that a nation can suffer in the long term after the act of anger has been expended has visited the Athenians, the Americans and the Indians.

It will be entertaining, because it has been self-inflicted, for the rest of us to watch it happen now to the British.