How Antony's incompetence left India's defences in a mess 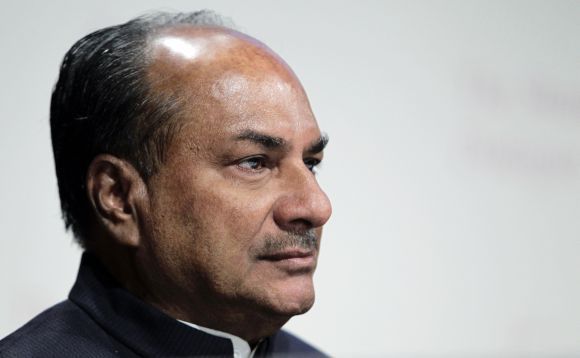 At Rediff.com, we mourn the passing away on Friday, July 11, of one of our most respected columnists, Captain Bharat Verma (retired), editor, Indian Defence Review.

In this column he wrote in March, Captain Verma tore into then defence minister A K Antony, for being 'stuck in the trivial and frivolous with a clerical mindset merely to prove his so-called honesty overlooking the primary aim of adding sufficient military muscle and firepower to the defence services.'

In the past seven years Defence Minister A K Antony's incompetence has ensured that India's military capability rapidly shrinks.

Primarily, the tax-payer spends money on appointing the defence minister to make certain that India's armed forces receive incremental modernisation and sufficient military capabilities to safeguard the territorial integrity of the Union as well as to defend increasing strategic interests.

In addition, he is solely responsible for the upkeep of the well-being and morale of the forces.

However, Antony, possibly the longest serving defence minister, belied expectations and instead created a huge obstacle course in modernisation of the armed forces and permitted maligning of the Indian Army by his defence secretary at various stages.

Antony, the most 'honest' defence minister will probably be remembered for the unprecedented number of scams that happened during his tenure and nothing more.

For all the professed honesty that Antony touted on taking over, should have made him clean up the rampant existing corruption in defence public sector units and ministry of defence.

Under his leadership it appears that the primary national objective is not to add military capabilities to ensure the nation's security but to find ways to guarantee maximum kickbacks.

Frankly, nobody involved in the decision-making process is really concerned about the Medium Multi-Role Combat Aircraft being inducted on time to shore up the rapidly declining firepower of the Indian Air Force; or about the Indian Navy receiving submarines in time; or with the tremendous collateral damage the nation suffers on its borders with Pakistan because the infantry is ill-equipped.

Despite similar levels of corruption, China never overlooks the primary objective of building military muscle. Frankly, no other country does except India.

The Defence Procurement Procedure document created by Antony and the babus of the MoD has become a huge obstacle course in procurement, which is difficult to fulfill by foreign vendors.

The defence minister is stuck in the trivial and frivolous with a clerical mindset merely to prove his so-called 'honesty' overlooking the primary aim of adding sufficient military muscle and firepower to the defence services.

The result is that the air force has stated that it is unable to successfully tackle the emerging China-Pakistan two-front threat.

The non-replacement of dwindling and ancient submarine fleet of the Indian Navy has not only left a gaping hole in underwater warfare, but is also taking toll of officers and sailors lives in peacetime. Imagine the large casualties that will occur during war.

In the army, the artillery lies empty, ground air defence does not exist, the 333 infantry battalions have not been modernised and lack mobility and sufficient firepower.

Unfortunately, the officers and the men of the military are not only deeply anguished, but also very angry.

Antony is unable to control the babus in the MoD and the result is unbridled corruption inside the ministry.

It is amazing that top classified documents of the air force found their way from MoD to an American agent via middleman Abhishek Verma. The American partner sent the documents back after differences occurred between him and Verma to the MoD. The MoD certified that these were highly classified documents.

Till date the honest defence minister has not investigated, or concluded and taken to tasks the babus who are responsible for the leakage. It appears that these documents are available for a consideration in MoD.

The bribe takers are Indians sitting in seats of power. They are never taken to task, but the foreign vendor who is forced to part with his money is automatically blacklisted on mere hearsay, thereby derailing the military preparedness of the nation.

The defence minister appears to be passing his time at the cost of the tax-payer and as such is heavily dependent on the bureaucracy. The bureaucracy in turn is running riot by fighting cases in courts against its own military. It is overlooking all rulings in favour of the military by the armed forces tribunal.

The former defence secretary Shashi Kant Sharma refused to settle legitimate 'pay and pension' demands of the veterans despite losing the case in every court. Today, he stands in contempt of court in the Supreme Court.

Further, despite stating that there was no attempt at a military coup, Antony has not ordered a retired Supreme Court judge to investigate the 'fake military coup' that Shashi Kant Sharma tried to create, to malign the Indian Army. Responsibilities need to be fixed as to why the MoD was hell bent on demoralising its own army.

Admiral D K Joshi, a highly upright officer with integrity, resigned as naval chief in protest because of the third rate equipment being supplied by the ministry, which was taking lives of officers and men during peace time.

This was in the best tradition of the military where the chief could not safeguard lives of his men and was totally disgusted with the defence minister's incompetence in resolving the problems that the navy is facing.

The head that should have rolled was A K Antony for the mess he has created. 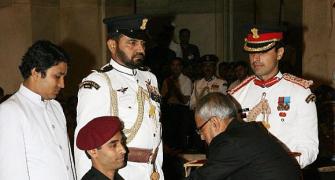 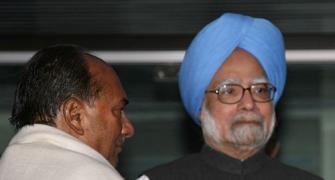 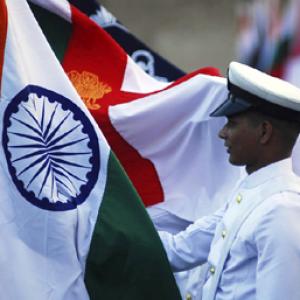 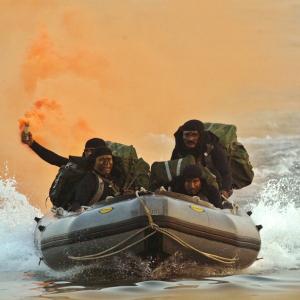