Bandra's divide: Where east and west shall ne'er meet

Last week’s slum fire at Bandra east highlights the stark difference between the two sides of the neighbourhood’s railway station. But Piyush Goyal can change it, says Anil Singh. 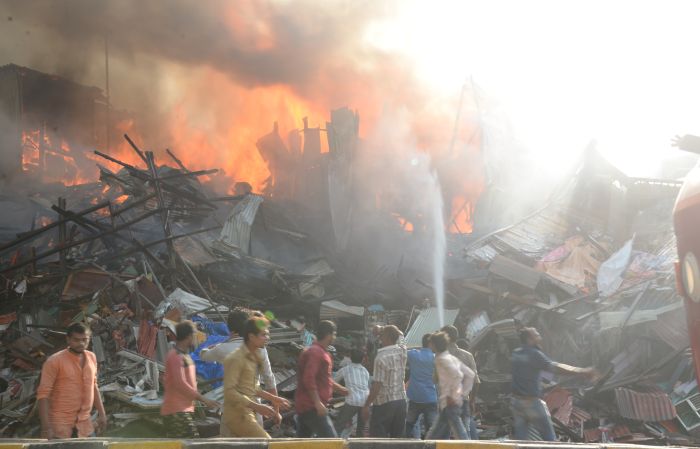 Rudyard Kipling’s ‘East is east and west is west and never the twain shall meet’ is in a strange way true of the suburbs divided by the Western Railway line in Mumbai, the city of his birth.

Nowhere is this as stark as in west and east Bandra, a fact brought into focus by last Thursday’s massive fire in a slum to the east of its railway station.

While the western exit of the station has been conserved as a heritage structure with Unesco support, the eastern exit is a multi-storey slum with political support.

It was during the latest round of demolitions here that the fire broke out. The last blaze in this slum six years ago rendered 2,000 homeless, including Rubina Ali, the child actor of Slumdog Millionaire; her family was rehabilitated in an apartment nearby but the shanties came back as they always do.

While the west has a large bus depot, the road to the east is so narrow that buses cannot turn on it.

While there is a rickshaw stand on the west, rickshaw drivers on the east choke the foot over bridge and clog the road itself.

The west has a large booking station while the east has some ticket counters on stilts as the space is encroached.

The shanty colonies to the east of Bandra railway station were a vote bank for Sunil Dutt and later for his daughter Priya, who together represented the Mumbai North-West constituency in Parliament for close to two decades. The current MP is Poonam Mahajan of the BJP.

In fact, the road leading from the eastern exit of Bandra railway station to the Western Express highway is named after Marathi poet/writer Anant Kanekar, a resident of Sahitya Sahavas in Bandra East.

Bandra East is also home to several high court judges and IAS/IPS officers, including a former chief secretary and a former DGP. Despite this, the eastern exit of the station remains as wretched as ever.

The Mumbai Metropolitan Region Development Authority and the Mumbai Rail Vikas Corporation are also based in BKC, barely a km from Bandra railway station.

Strangely, the idea to decongest and upgrade the eastern side of the station has never occurred to them. The only thing MMRDA has come up with is a long-winding skywalk to the station.

Perhaps it is time for railway minister Piyush Goyal, a Mumbai boy, to take the initiative and come up with a win-win solution; the slum-dwellers can be relocated and the land freed can be used to change the ugly eastern face of Bandra station.

Goyal only has to look at what his leader Narendra Modi achieved with Ahmedabad railway station. 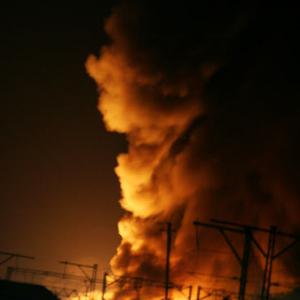