Elections are about exploiting emotions and not things like roti, kapda and makan, a very senior BJP politician tells T C A Srinivasa-Raghavan. 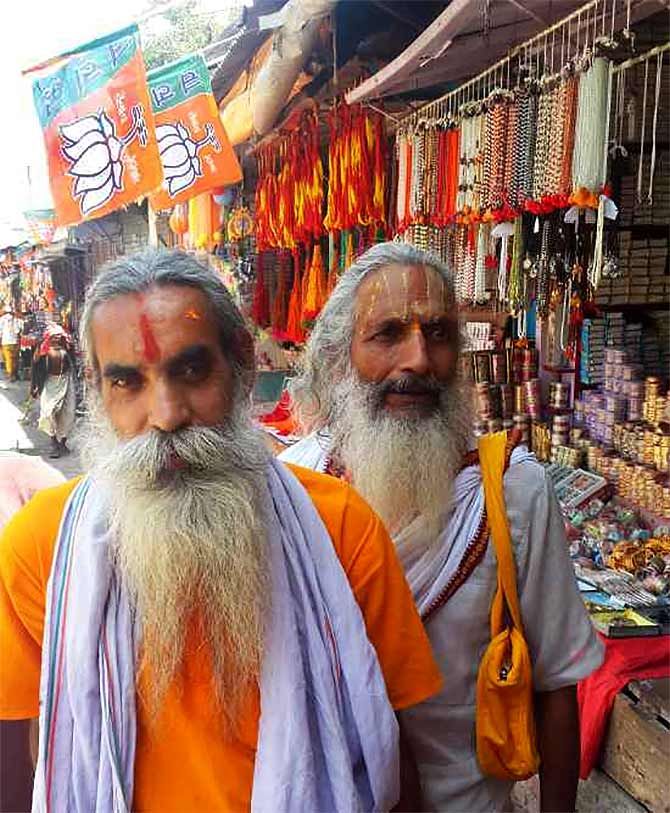 Back in 2009, it was often asked why, if prices had been rising for almost two years, inflation was not an election issue. My explanation was that it wasn't just the prices, incomes were also rising. So people didn't notice the price increases.

A decade later, it is the opposite. Prices are not rising but nor are incomes. So much then for inflation as an election issue, as it was in 2014, when consumer prices inflation had been in double digits for a few years.

If not prices, will stagnant incomes be an issue? In urban areas, probably not. But it could in rural areas because farm prices have been so low for so long. The old Cobweb Theorem clearly remains intact and underlines the increasing need for forward markets.

Non-farm incomes have been stagnant because jobs have not grown and work, because of intense competition, has been flatlining on earnings.

This may sound paradoxical when GDP is growing but it is growing only statistically, not in real terms because overall investment is inadequate.

India has been an entitlements expenditure State for a long time now and tax cuts leading to lower rates are very difficult.

But will this lack of income growth be an issue? It doesn't look like it. Then could the lack of jobs be an election issue? It could, but I doubt it very much.

Indeed, being unemployed is a fact of life in India. You just accept it. I can't remember a single election where jobs were an election-winning issue.

So in whichever order you take them, jobs, incomes and prices simply aren't at the top of any party's election strategy. They come in, but only obliquely as, well, accessories to the main item, which seems to be missing so far.

Last October, I ran into a very senior BJP politician. I asked him if Narendra Damodardas Modi would be the deciding factor in 2019 as he had been in 2014. The politician laughed and said "Modi? Not at all. He wasn't then and he won't be in 2019."

So I asked him what would be deciding factor and he said Hindutva and Mandir. It was the underlying expectation of the two that swung things in UP in 2014, he said, where the BJP and its ally won 73 of the 80 seats. The same thing happened there in the assembly election of 2017. Demonetisation had nothing or little to do with it.

He has said so many times since then, explaining that elections are about exploiting emotions and not things like roti, kapda and makan. Those don't matter beyond a point.

Besides, he added, people are greedy. They take what you give them by way of gas connections, bank accounts, toilets, roads, electricity, schools, etc and still demand more.

The election trick, therefore, is to get people all worked up. So the question now is whether Mandir -- and by association Muslims -- will be an election issue in 2019.

Again it doesn't look like it, because not a single Opposition party, the CPI-M included, regardless of what it says about Muslims, can oppose or has opposed the Mandir part. In fact, they are bending over backwards to do the opposite, including claims to belonging to gotras, forgetting that these depend on who your father is or was.

But does the Mandir matter electorally, even in the Hindi states generally and in UP particularly? Once again, this does not seem to be the case because had it been so, we would have seen a lot more of it in Rajasthan, MP and Chhattisgarh. In all three states it has been a vague promise rather than a solid commitment.

That leaves UP, where, most people would agree, the 2019 election is going to be decided. My bet is that as the BJP lost all three states it will go for broke on it.

This is the problem when you have an issueless election.

The risk the BJP faces now is of a low turnout in 2019 and if the RSS doesn't exert itself towards getting people to come out to vote, who knows what might happen!