India saw a record single-day surge of 24,879 COVID-19 cases taking the caseload to 7,67,296 on Thursday, with Maharashtra, Tamil Nadu, Karnataka, Delhi, Telangana, UP and Andhra Pradesh contributing to around 75 per cent of the new cases, according to the Union health ministry data. 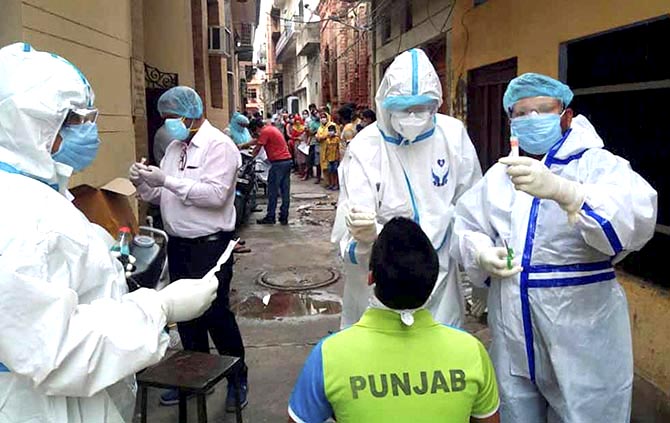 The number of recoveries stands at 4,76,377,while there are 2,69,789 active cases of coronavirus infection in the country. "Around 62.08 per cent of patients have recovered so far," an official said.

Of the 487 deaths reported in the last 24 hours, 198 are from Maharashtra, 64 from Tamil Nadu, 54 from Karnataka, 48 from Delhi, 23 from West Bengal, 18 from Uttar Pradesh, 16 from Gujarat, 12 from Andhra Pradesh, 11 from Telangana, 10 from Rajasthan, seven from Madhya Pradesh, six each from Jammu and Kashmir and Odisha, three each from Bihar, Uttarakhand, Punjab and Haryana and two from Assam. 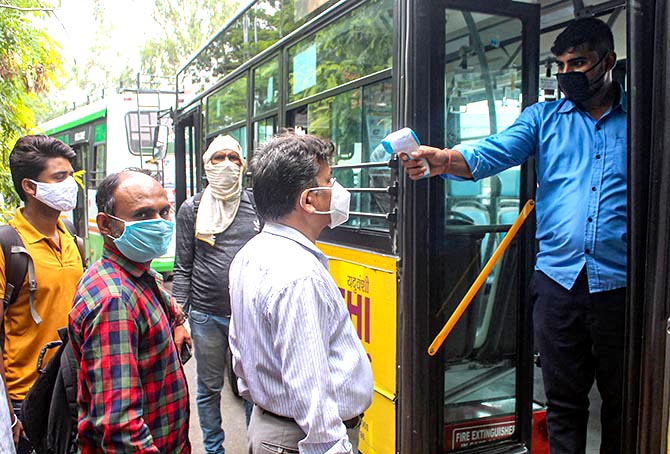 Jharkhand has registered 22 deaths, Assam 16, Chhattisgarh and Puducherry 14 each, Himachal Pradesh 11, Goa eight, Chandigarh seven, Arunachal Pradesh two and Meghalaya, Tripura and Ladakh have reported one fatality each, according to the health ministry. 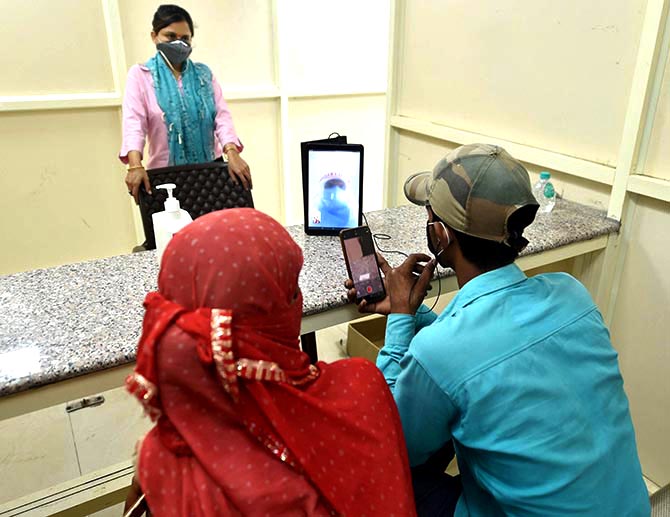 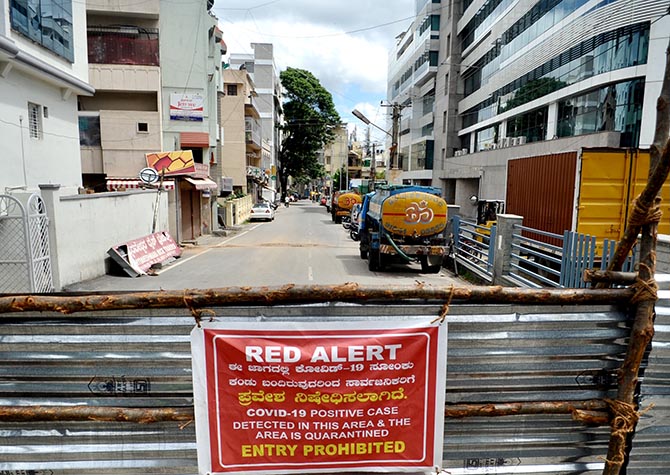 IMAGE: A barricade put up at Shanthala nagar barea which is a containment zone following more COVID cases, in Bangalore. Photograph: ANI Photo

Puducherry has recorded 1,008 COVID-19 cases, Nagaland 657, Chandigarh 513 and Dadra and Nagar Haveli and Daman and Diu together have reported 408 cases.

Arunachal Pradesh reported 287 cases, Mizoram has 197 cases, Andaman and Nicobar Islands has 149, Sikkim has registered 133 infections so far, while Meghalaya has recorded 80 cases. 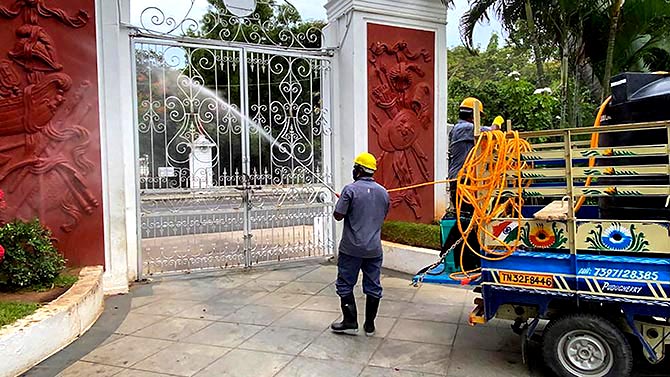 "Our figures are being reconciled with the Indian Council of Medical Research," the ministry said, adding that 4,385 cases are being reassigned to states.