News
Business
Movies
Sports
Cricket
Get Ahead
Money Tips
Shopping
Sign in  |  Create a Rediffmail account
Rediff.com  » News » How does India's military match up to Pakistan's?

Tensions between India and Pakistan escalated sharply after India carried out air strikes in Pakistan’s Balakot area targetting the Jaish-e-Mohammed's terror camps last week, and with Pakistan violating India's air space the very next day a small-scale conflict seemed very real before both countries pulled back.

Amid the tensions, here is how the two countries stack up militarily, according to a report in AlJazeera.com. 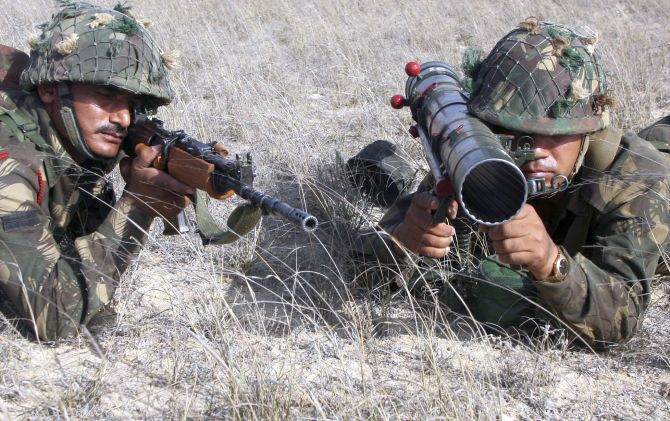 IMAGE: India's military accounted for 9.1 per cent of the government spending whereas Pakistan spent a whopping 16 per cent on its armed forces. Photograph: Amit Dave/Reuters

According to the International Institute for Strategic Studies, India in 2018 allocated Rs 4 trillion rupees ($58 billion), or 2.1 per cent to support its 1.4 million active troops.

Additionally, estimates from the Stockholm International Peace Research Institute showed that the Pakistani military accounted for 16.7 per cent of government spending in 2017. In comparison, India’s spending as a percentage of its government expenditure was 9.1 per cent for the same period. 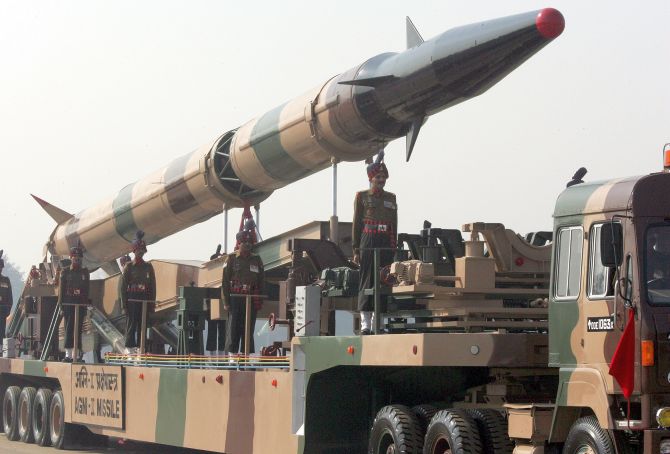 IMAGE: India has a sizeable arsenal of missiles, which also includes the Agni. Photograph: B Mathur/Reuters

India has nine types of operational missiles, including the Agni-3 with a range of 3,000 km to 5,000 km. Pakistan's missile programme, which has been built with Chinese assistance, includes mobile short-and medium-range weapons that can reach any part of India.

Both countries are nuclear-capable, with India having 130-140 warheads whereas Pakistan has 140 to 150. 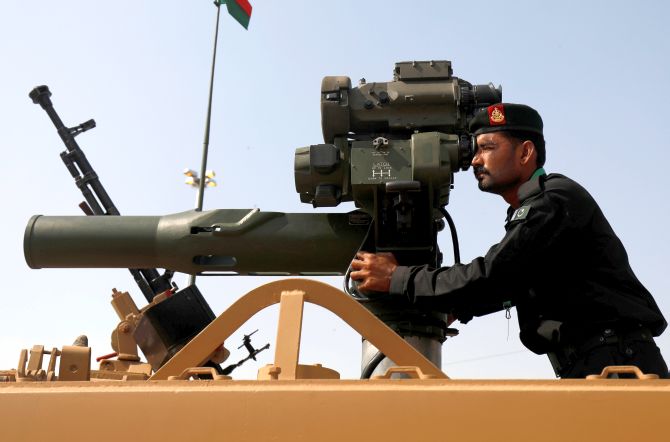 The Indian Army is 1.2 million strong. According to the International Institute for Strategic Studies, the Indian Army also has in its arsenal 3,565 battle tanks, 3,100 infantry fighting vehicles, 336 armoured personnel carriers and 9,719 pieces of artillery. 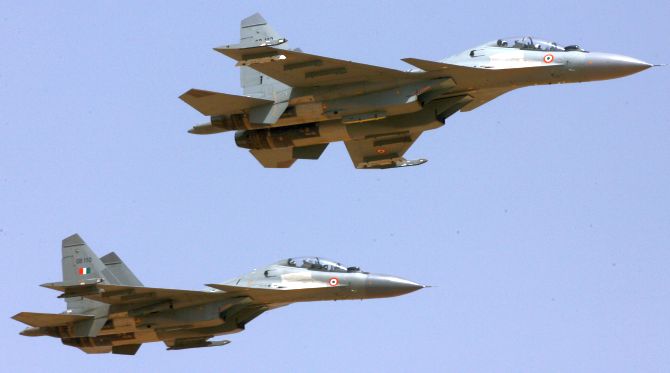 IMAGE: India's Air Force fighter fleet is bigger than Pakistan's. However, it has several older jets such as the Sukhoi-30. Many experts state that India needs to revamp its combat jet fleet to be more efficient. Photograph: B Mathur/Reuters

However, there are serious concerns about India's fighter jet fleet -- which still has older Russian jets such as the MiG-21, the one flown by Wing Commander Abhinandan Varthaman when he was shot down last week. 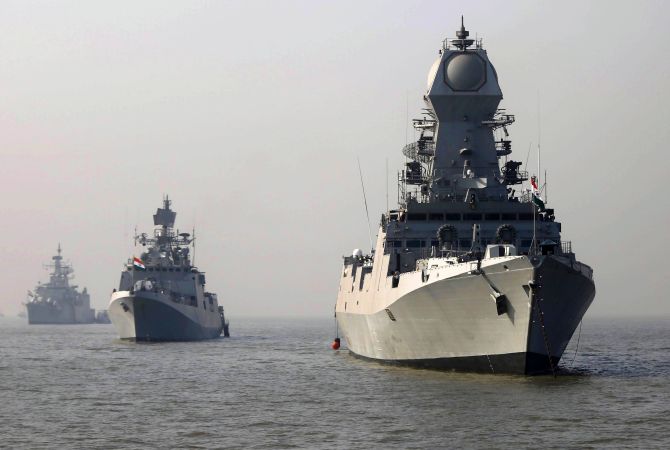 When it comes to naval power, India is much stronger. It has 16 submarines, 14 destroyers, 13 frigates, 106 patrol and coastal combatant vessels, and 75 combat-capable aircraft.

Compare this to Pakistan which has 9 frigates, 8 submarines, 17 patrol and coastal vessels, and 8 combat-capable aircraft.