News
Business
Movies
Sports
Cricket
Get Ahead
Money Tips
Shopping
Sign in  |  Create a Rediffmail account
Rediff.com  » News » All you need to know about Chandrayaan 2

India's second mission to the moon, Chandrayaan 2, will be launched on Monday at 2.43 pm after its initial launch on July 15 was called off owing to a "technical glitch."

The launch will take place on board the GSLV Mk-III vehicle from the spaceport of Sriharikota.

Here's all you need to know about the mission. 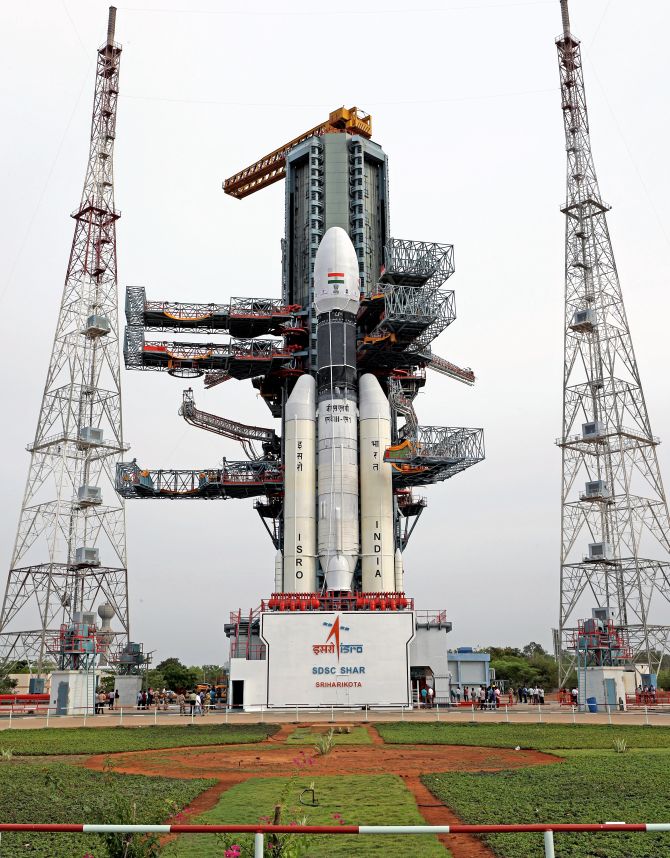 As per the Indian Space Research Organisation, the lunar mission will go where no country has ever gone before -- the moon's south polar region.

The aim is to improve our understanding of the Moon -- discoveries that will benefit India and humanity as a whole.

'These insights and experiences aim at a paradigm shift in how lunar expeditions are approached for years to come -- propelling further voyages into the farthest frontiers,' says the Indian space agency. 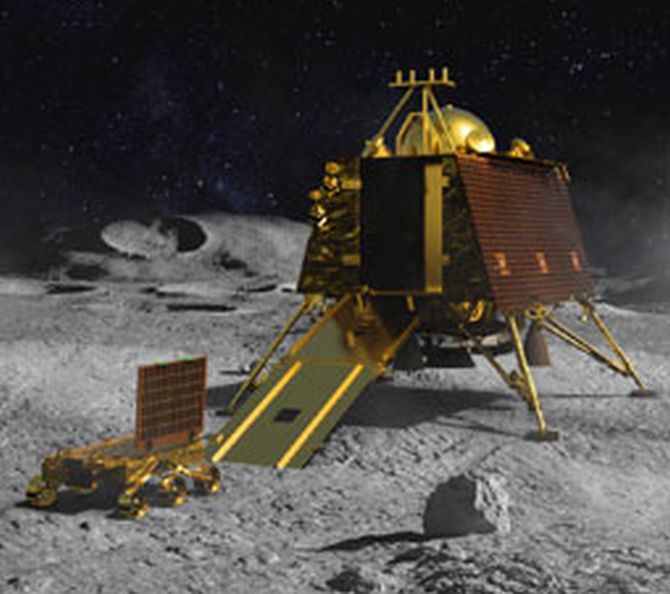 Evidence for water molecules discovered by Chandrayaan-1, requires further studies on the extent of water molecule distribution on the surface, below the surface and in the tenuous lunar exosphere to address the origin of water on moon, the ISRO says.

'The lunar south pole is especially interesting because of the lunar surface area here that remains in shadow is much larger than that at the north pole.

'There is a possibility of the presence of water in permanently shadowed areas around it. In addition, south pole region has craters that are cold traps and contain a fossil record of the early Solar System,' it says.

Why Chandrayaan 2 is special

It is the first space mission to conduct a soft landing on the moon's south polar region as well as the first Indian expedition to attempt it with home-grown technology.

This will make India only the fourth country ever to soft-land on the lunar surface.

Components of the spacecraft 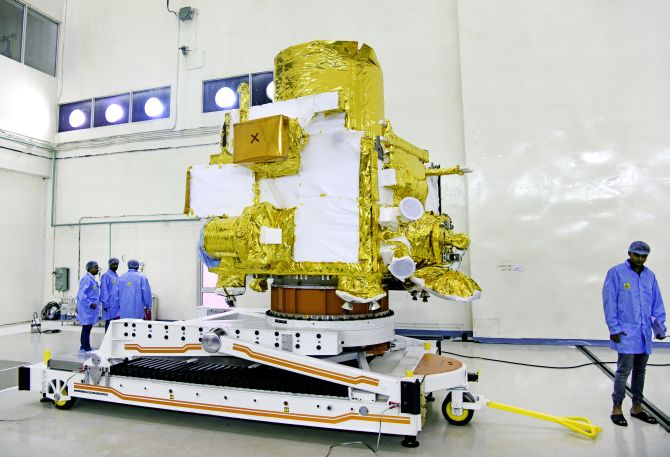 After the launch into an earth-bound orbit by GSLV MK-III, the integrated module would reach the moon orbit using the orbiter propulsion module and subsequently, Lander would separate from Orbiter and soft land at the predetermined site, close to lunar South Pole, the ISRO said. The GSLV Mk-III will carry Chandrayaan 2 to its designated orbit.

This three-stage vehicle is India's most powerful launcher to date, and is capable of launching 4-ton class of satellites to the Geosynchronous Transfer Orbit (GTO).

How much the mission costs

The mission cost of Chandrayaan-2 with regard to the satellite was Rs 603 crore, says ISRO chief K Sivan.

When will it land on moon

The landing on the moon near the south pole would be on September 6 or 7, Sivan said.