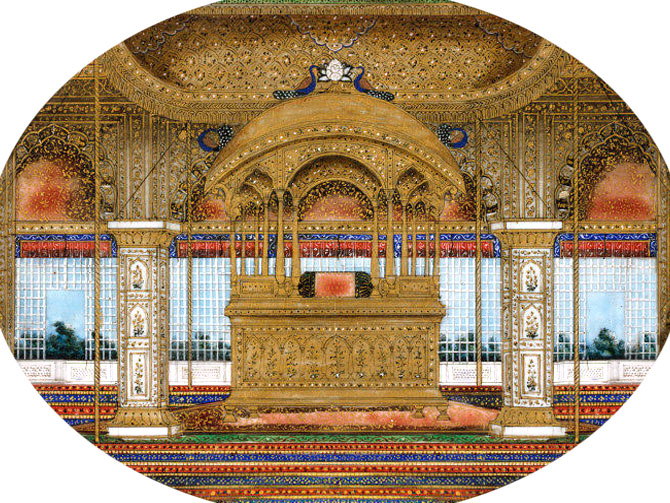 The first historical references, dug out from Persian texts by historian William Dalrymple, show that the Kohinoor diamond was part of the Peacock Throne, located in the Diwan-i-Khas at Delhi's Red Fort. Illustration: Victoria and Albert Museum/Wikipedia 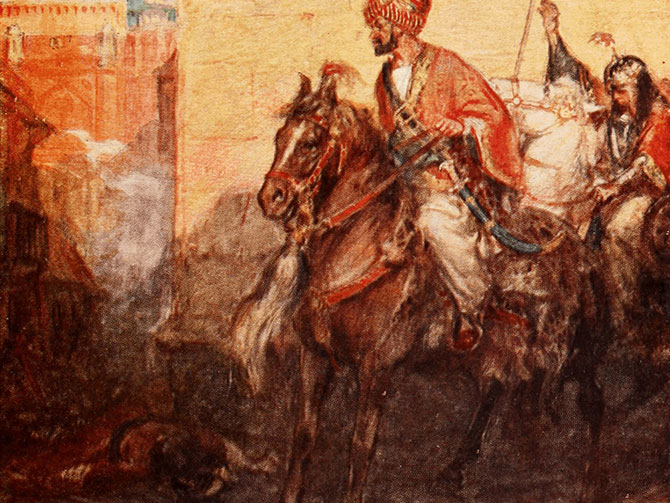 Nader Shah, a military genius from the northeastern Qizilbash tribes, ruled Persia from 1736 to 1747. He attacked Delhi in 1739, stole the Peacock Throne, many other priceless jewels, and massacred 30,000 or more on March 22. Illustration: A D Macromick/Romance of Empire India 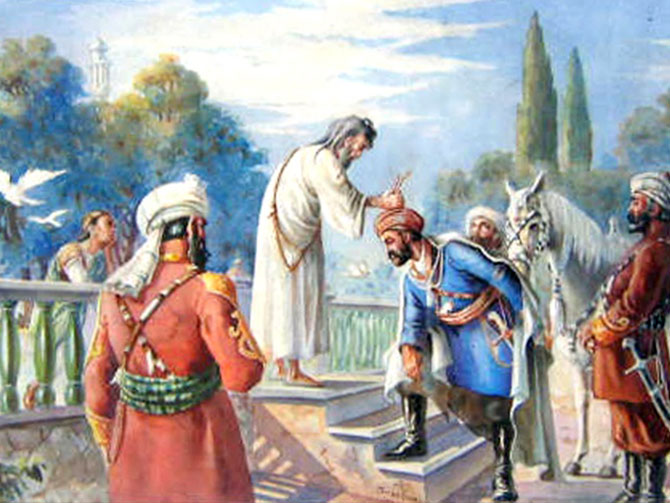 Ahmad Shah Durrani (right), who commanded the Abdali contingent of Nader Shah's forces was apparently rewarded with the Kohinoor after Shah's murder and took the stone back to Afghanistan. Illustration: Mir Gholam Mohammad/Ahmad Shah Baba-ye Afghan 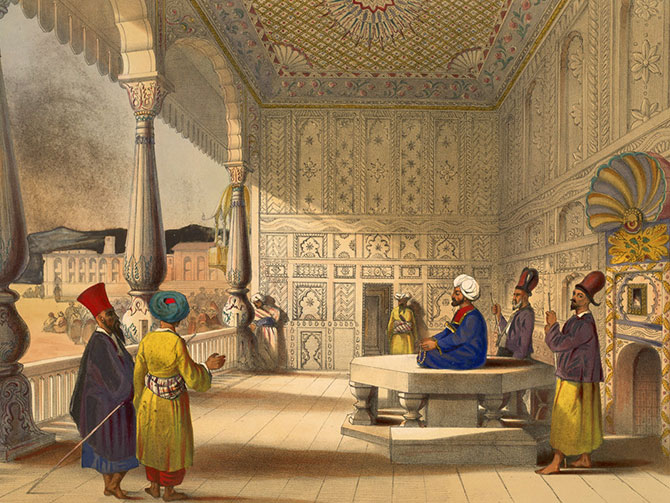 The Kohinoor passed down to Shah Shuja Durrani, the fifth emir of Afghanistan who was overthrown by Mahmud Shah fled Afghanistan with the diamond for Kashmir and then Lahore. Illustration: Lieutenant James Rattray/Afghaunistan 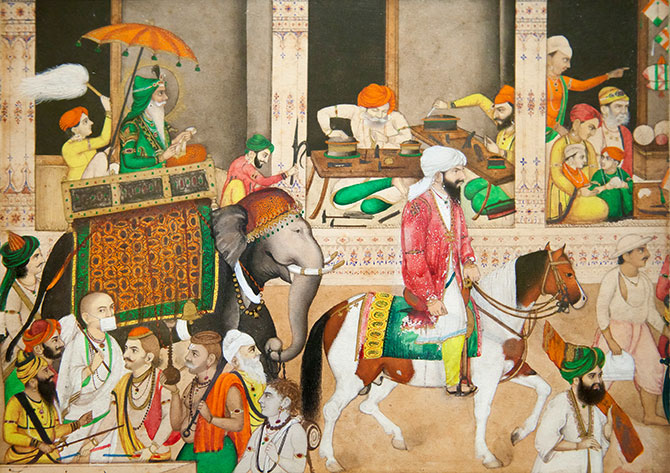 Maharaja Ranjit Singh, who ruled the Sikh empire from Lahore, offered hospitality to Shah Shuja Durrani in return for the Kohinoor. It came into his hands in 1815 and he wore it till his death, proudly always on display on his arm. Hhe willed it to the priests of Jagganath Temple, Odisha. Instead it passed onto his sons. Illustration: Courtesy Juggernaut 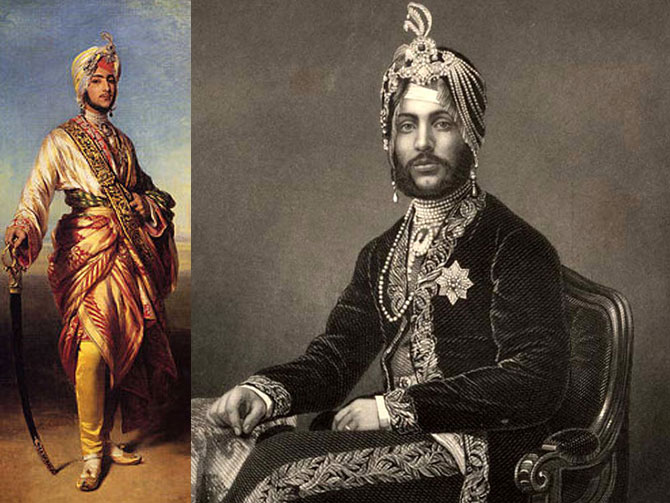 Duleep Singh, called the Black Prince of Perthshire, was the 5th son of Ranjit Singh with Rani Jindan. He came to the throne of Punjab at 5 on the death of his brothers in rapid succession. Jindan ruled as regent. After the First Anglo-Sikh War, the British seized power. After the second war Singh, then 10, was forced to sign over his kingdom, all his inheritance and the Kohinoor to British India. He was taken away from his mother, who was imprisoned. He was exiled to Britain at 15. Illustration: Courtesy Juggernaut. Franz Xaver Winterhalter 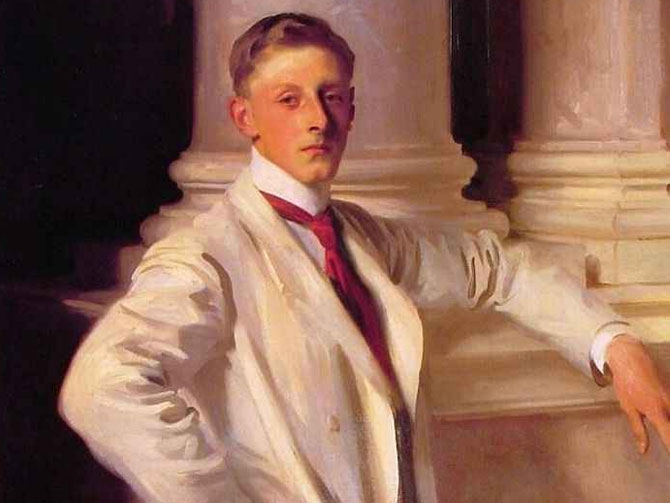 James Andrew Broun-Ramsay aka Lord Dalhousie, as Governor General of India, annexed Punjab to British India after the Second Anglo-Sikh War through the Last Treaty of Lahore. Dalhousie had the stone despatched to England from Bombay by ship. After a three-month journey the jewel was finally presented to Queen Victoria at Buckingham Palace July 3, 1850. Illustration: John Singer Sargent/Wikimedia Commons 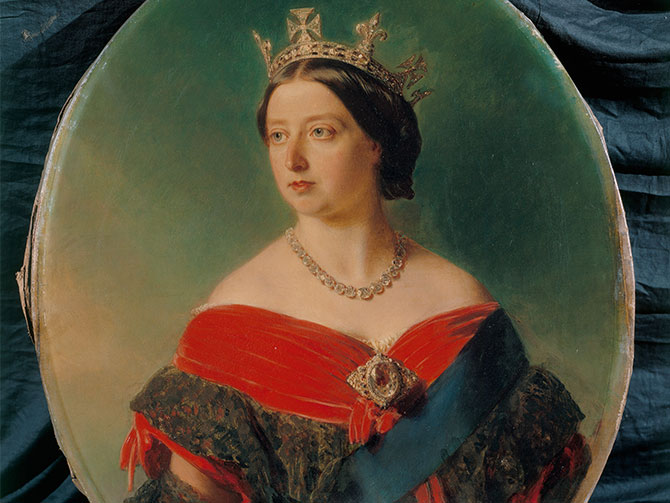 Queen Victoria wore the Kohinoor often as a brooch before it later became part of the official crown jewels. Illustration: Courtesy Juggernaut 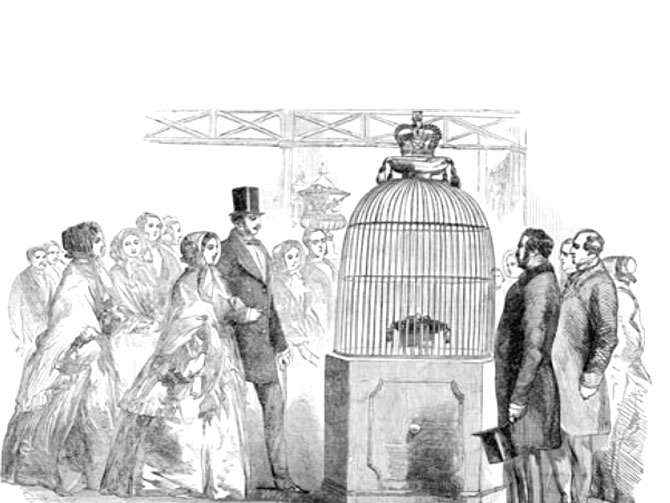 Much ado was made over the arrival of the Kohinoor in England. It was treated as a symbol of the greatness of the Empire and put on display in 1851 at the Great Exhibition at Hyde Park, organised by Victoria's consort Prince Albert. Six million people queued to see the Kohinoor, but were not impressed. Illustration: The Illustrated London News/Wikipedia 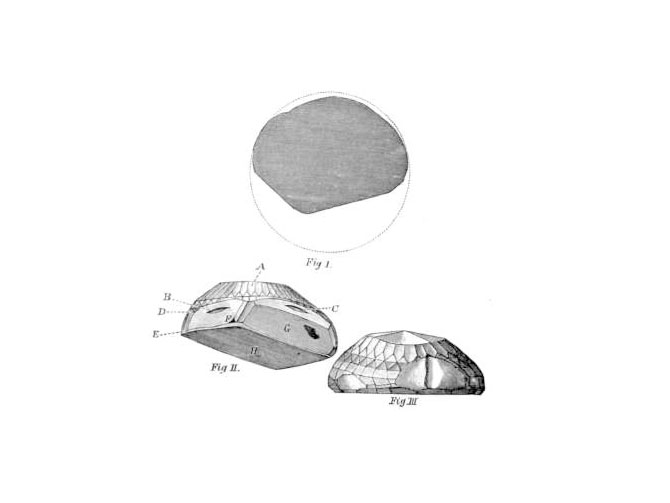 Unlike diamonds Europeans were used to seeing, the very large Kohinoor did not twinkle because it was not cut that way. Albert tried his best augment the Kohnoor's allure at the Great Exhibition, till finally the public had to line up to see it in a darkened but stuffy hot pavilion, where it was put under special lights to give it a special sparkle. That impressed a bit more, but not enough still. Illustration: Jean-Baptiste Tavernier/Wikipedia 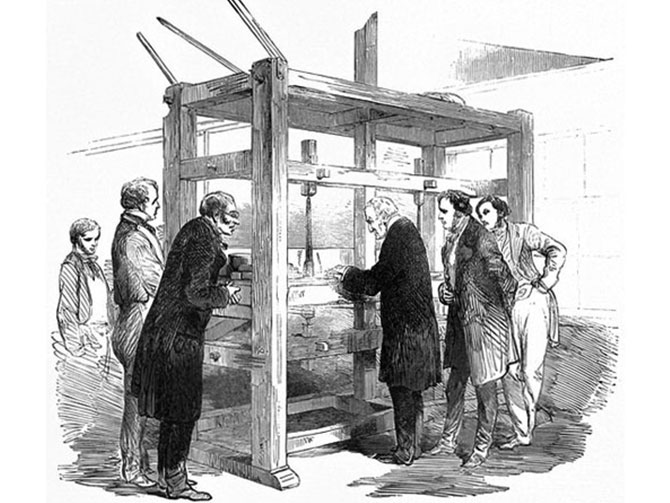 Prince Albert then decided, with Queen Victoria's okay, that the 186-carat gem needed to be recut. He felt a new cut would rid the stone of its dull, irregular look. So in 1852 Gerrard and Co employed skilled, world-famous Dutch jewellers to recut it, even though there was no guarantee that it would even survive the recutting as per scientific experts. Illustration: The Illustrated London News/Wikiepedia The much-loved Arthur Wellington, Duke of Wellington, hero of Waterloo, had the honor of making the first cut and elaborate arrangements were made for a soldier to make a tiny trim on the diamond! The cutting took place through an extravagant public spectacle at Haymarket and a leaner Kohinoor was born 38 days later, 42 percent lighter! The new cut was not considered to be particularly brilliant either. Illustration: Hulton Archive/Getty Images The Kohinoor found a place in the crown of Alexandra, the consort of Edward the VII, after Victoria's death. She wore it during the coronation in 1902. It later was moved to Queen Mary's crown (wife of George VI) that eventually became the Queen Mother's crown. The Kohnoor was last seen in a public ceremony when the crown travelled atop the Queen Mother's coffin at her funeral in 2002. Photograph: Anthony Harvey/Getty Images