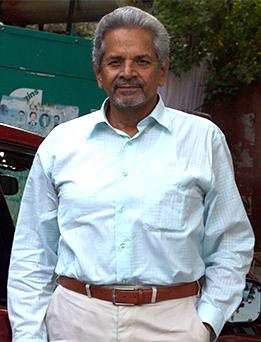 A resident of Dehradun

Wing Commander Vinod Nebb (retired) had a satisfying military career for 27 years before he had a heart attack in 1990 and subsequently retired from the Indian Air Force on medical grounds.

But not before the fighter pilot won two Vir Chakras for shooting down enemy aircraft in the 1965 and 1971 wars. Forty years have passed, but his memories of combat are crystal clear; ones, he says, he will never forget.

As a 22-year-old rookie pilot, who had not even completed his flight training, he convinced his flight commander to permit him to take part in patrol duties during the India-Pakistan war in 1965 at the Halwara air base near Ludhiana.

One day, when he noticed three aircraft approaching the air base from Ludhiana, he recalls, “I wasn’t worried. I thought they were likely to be our own aircraft for the simple reason that I had never seen a Sabre in my life.”

“One of the aircraft came towards me and made a westerly turn. As I tailed him, I realised with a shock that it was a Sabre.”

“Being inexperienced, I fired all four guns, which is a lot -- 80 rounds per second. However, because I hadn’t aimed correctly, all the rounds ploughed into the ground. I immediately adjusted my aim and fired again. This time I got the tail unit of the Sabre, but the aircraft didn’t explode. I found that I was maintaining my trajectory, but was closing in much faster than I had expected.”

“Suddenly, the Sabre made a hard turn and stayed there for about a second, which gave me time to fire again. This time the Sabre exploded. When that happened, it was a rush like no other. I will never forget that sight in my life.”

That first encounter in the air won him his first Vir Chakra. The second followed in the 1971 war when he was posted on the Eastern Front and shot down another enemy aircraft.

“I had a great career in the air force -- those were the best days. However, this protest over OROP is spoiling it for me,” says the wing commander. “I shouldn’t be here. It hurts that my service is being rewarded in this way.”

Asked what could be done to improve the situation, the wing commander says, “The only way it can be made better is if our prime minister drops his ideas of bureaucracy and long winded ways of working, and chooses to deal directly with the services. The government has got to listen to the veterans -- we know what we’re talking about and it is our children and grandchildren that make up the army today.”

Since his retirement, the wing commander and his wife have dabbled in multi-level marketing schemes to supplement their incomes. Neither of their two children chose to join the defence services.

The flying ace recently launched a movement, the Indian War Veterans Association, which will work to promote the image of the armed forces amongst the current generation.

“Across ranks, people are disappointed and feel cheated," Wing Commander Nebb says angrily. "The political party in power will be damn sorry if push comes to shove, because we are united for this.”