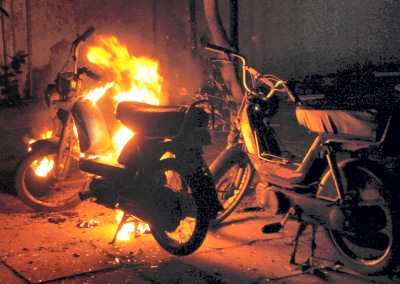 The toll in the serial blasts that rocked Ahmedabad in Gujarat climbed to 38 on Sunday and is expected to rise further, police said.

Apart from the 38 dead, 90 people were injured in coordinated blasts on Saturday evening in various places in the city, including two hospitals, they said, adding that the toll is expected to rise.

The injured are admitted in several hospitals including Vadilal Sarabhai Hospital, Civil Hospital and LG Hospital.

Terrorists triggered 16 serial blasts in a space of 60 to 70 minutes last night in crowded market areas of the city leaving at least 38 dead and over 90 injured.

'The blasts are a proclamation by terrorists'