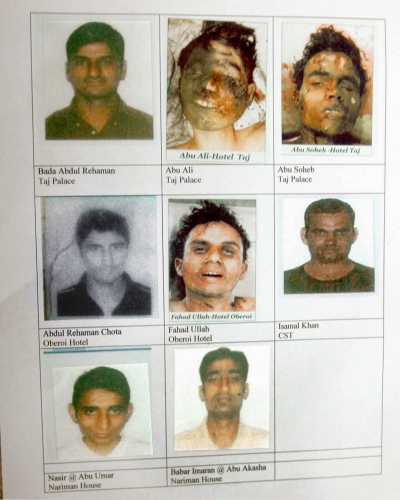 If anyone needs a proof that who unleashed terror in Mumbai, here are the pictures.

The Mumbai police on Tuesday released 8 out of the 10 photographs of the terrorists involved in the Mumbai terror attack. Besides, the names of terrorists and their home town were also given.

While Ajmal Kasab's picture has already been already released, one terrorist picture is not available yet.

All terrorists were from Pakistan and they were all in 20-28 age group. Shoaib aged 20, the man who attacked the Taj was the youngest while Nasir, 28, who attacked the Nariman House, was the eldest.

Terrorists at the Taj:

At the Nariman House: