A special POTA court in Mumbai on Saturday acquitted all the eight accused in the Ghatkopar blast case. 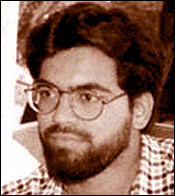 Two persons were killed and over 50 injured when a bomb went off in a BEST bus at Ghatkopar in Mumbai on December 2, 2002.

The Mumbai police, for whom the acquittal is a big setback, had originally listed 29 accused in the case.

They, however, managed to arrest only 19. Of the 19, nine were discharged by the court for lack of evidence, one died in Hyderabad and another, Khwaja Younus, escaped from police custody under mysterious circumstances.

The defence counsel has charged that Younus was killed in police custody.

The prosecution had alleged the accused hatched the conspiracy between March 2002 and December 2002 to avenge
the post-Godhra riots in Gujarat.

The prosecution received a setback when Dattatraya Shelkar -- the conductor of the BEST bus number 416 in which
the blast occurred -- turned hostile in March this year.

During an identification parade, the conductor had identified three of the eight accused -- Paanwala, Rashid Lohar and Rashid Ansari.

Ten more witnesses turned hostile during the trial. They included inmates of Sir J J Hospital's boys hostel where Mateen, a forensic expert, was staying before he was picked up by the police.

Of the eight accused acquitted on Saturday, Aarif Paanwala, Haroon Rashid and Rashid Ansari would continue to be in jail as they face charges for engineering blasts at suburban Mulund, Vile Parle and Mumbai Central.

The Ghatkopar explosion was the first in a series of bomb blasts that rocked the city in 2002 and 2003.