News
Business
Movies
Sports
Cricket
Get Ahead
Money Tips
Shopping
Sign in  |  Create a Rediffmail account
Rediff.com  » Movies » Why I am thankful to Hasan Minhaj

'You made me realise that it is great to be brown, even if we are currently living under Donald Trump's false definition of America.'
'In my 36 years in America there have been few instances where I have laughed and cried so much watching a show about brown people.'
Aseem Chhabra writes to Hasan Minhaj after watching Homecoming King on Netflix. 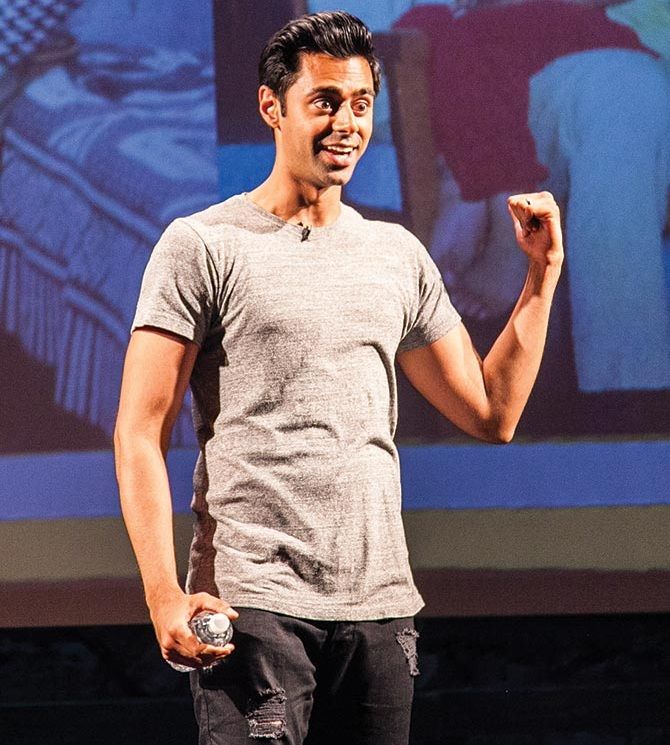 I hope you will forgive me for being so direct with you, but you can take me to be one those uncles you grew up with in Davis, California -- although I have mostly lived in New York City.

In fact, I have been in the United States one year more than your father and you are only five years older than my son.

Anyway, I decided to write to you after watching your show Homecoming King on Netflix. I first thought I should just send you a tweet, but then I wanted to say a lot more.

In my 36 years in America there have been few instances where I have laughed and cried so much watching a show about brown people who are like the desi cab drivers in New York City, the chefs and the busboys at high-end Indian eateries, the bankers on Wall Street, the professors and students at ivy league schools -- people like you, your dad, me and my son.

We know you are a funny man -- having watched you on the Daily Show, and clips of your speech at the White House Correspondents' Dinner in April.

But I was blown away watching the Netflix show, by the honesty with which you narrated your own and your family's history in America, and your belief in 'the audacity of equality.'

My story is not necessarily similar to yours -- after all I was an adult when I migrated to the US. And my journey is perhaps different than your father's.

But all of us immigrants -- brown folks from across South Asia, and those from other nationalities -- can connect with your struggles and attempt to fit in, and your truths. IMAGE: Hasan Minhaj and his family with the Obamas and the Bidens.
Always on point, Minhaj shared this photo -- with the caption 'Muslim family with the first Muslim President. What a run we had!' -- on the day Donald Trump was sworn in as president.
Photograph: Kind courtesy @hasanminhaj/Facebook

There have been other pioneers who have shared Indian immigrant stories with America.

The late Bharati Mukherjee examined the Indian Diaspora in North America with her novel The Wife and her heartbreaking Canada-based short story The Management of Grief.

Jhumpa Lahiri won the Pulitzer Prize for her heart-wrenching stories in the collection Interpreter of Maladies. She followed that with the lovely novel The Namesake and more quietly devastating stories in Unaccustomed Earth.

In The Namesake I saw a lot of similarities between the life of Lahiri's protagonist Gogol and your story.

Like you, Gogol was often embarrassed by his family, his culture. But like you he also came around to accepting himself, his ethnic identity, his culture and saw his destiny in America, his country.

America accepted Gogol just as America has totally accepted you.

Mira Nair brought The Namesake to life in the lovely 2006 film. And earlier, in 1991, Nair looked at race, class and other issues that revolved around another segment of the Indian Diaspora -- refugees from Idi Amin's Uganda -- through Mississippi Masala.

There were filmmakers such as Ismail Merchant and his partner James Ivory who brought stories of India to audiences in America.

Actor and cookbook writer Madhur Jaffrey shared the moods, emotions and tastes of India in her acting and recipes, but they were a bit gentler in introducing India to Americans.

Across the pond in the small country called England, Hanif Kureishi wrote about other desi folks -- from Pakistan in his screenplays My Beautiful Laundrette and Sammy and Rosie Get Laid, and in his novels The Black Album and The Buddha of Suburbia.

Kureshi's narrative was angrier, he wanted to shake up the system and say out loudly to the Brits 'Look at us. We are brown and we are here.'

Filmmaker Gurinder Chadha also weaved stories around London's desi community in films such as Bhaji on the Beach and later Bend It Like Beckham.

Now in the US, another generation of brown people, including some who are your peers -- actors, writers, painters, musicians, hip hop artists, dancers, filmmakers, chefs and journalists are telling the India story in different colours, shapes and forms.

I am thankful to each of them for explaining India and Indian Americans to America.

To you, I will always be grateful for speaking your mind and touching upon such important issues without being preachy and definitely entertaining everyone along the way.

That you also made me cry is a bonus point in your favour.

And I am thrilled that in 2017 a company like Netflix -- presumably because it makes good business sense, is not hiding us brown people in the background. 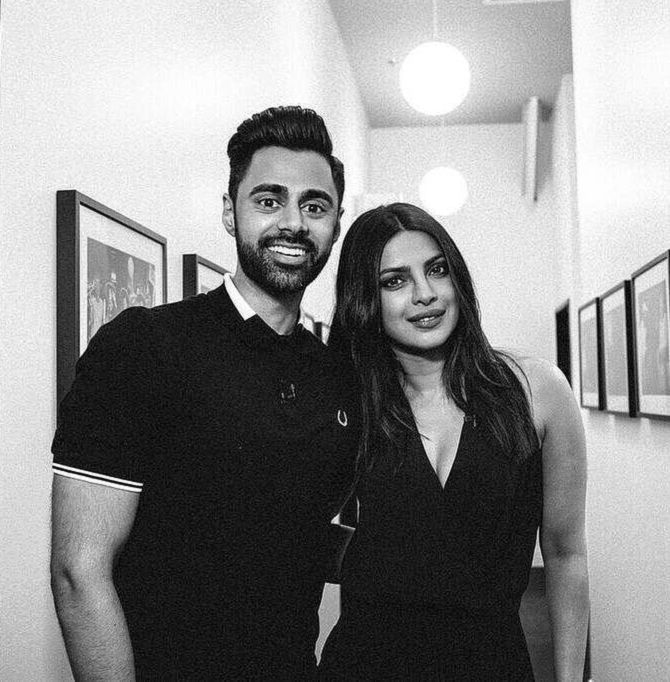 At the start of the show, I was like the uncle in the theatre who looked glum.

Stand-up comedy really has to surprise me. Laughing for no purpose because the man or woman on the stage is narrating jokes is not my idea of a fun evening.

But you knew your game.

You spoke in Hindi again and again and you were not embarrassed.

You spoke in your parents' voices.

You referred to Kabhi Khushi Khabhie Gham (and danced to a song from Kuch Kuch Hota Hai at your wedding -- how cool you are, dude!) and all the other pop cultural elements of your times.

Plus, I loved that dig at M Night Shyamalan.

You are nearly half my age, but you were more honest in the 70-minute show than I have been in my 36 years in America. I learned a lot from you.

You made me laugh at myself and the Indian-American experiences across the decades. But more important you made me realise that I have nothing to apologize about.

It is okay to be brown.

Like you I have met many bigots, some who may appear different as they smile. And it is hard to encounter a racist person, whether you meet them as a child, a teenager or as an adult, such as in my case.

In fact, you made me realise that it is great to be brown, even if we are currently living under Donald Trump's false definition of America.

The idea of America is far greater than Trump and all the bigots we have met in our lives, and eventually all will be good.

For all of that, thank you Hasan and congratulations for your show. 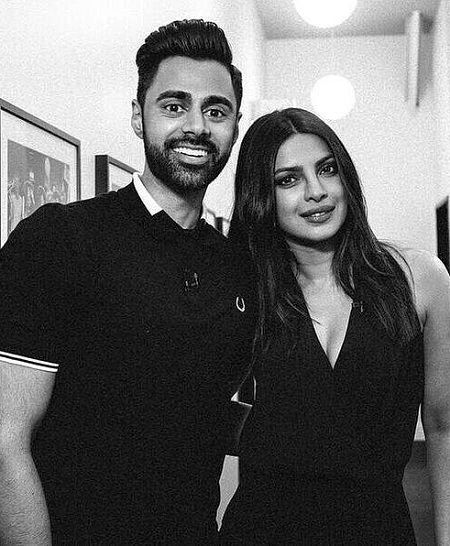 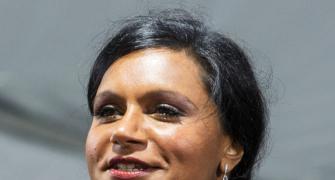 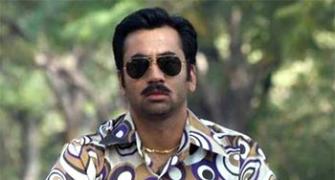 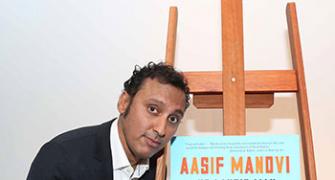 Why Aasif Mandvi learnt to 'patank' 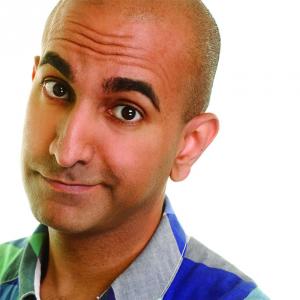