Ever since he burst onto the Bollywood scene with Student of the Year, Varun Dhawan has paired up with some beautiful ladies.

And from Alia Bhatt to Sara Ali Khan, he looks good with them all!

Joginder Tuteja takes a look at Varun's leading ladies, and asks you, dear readers, to vote for the actress he looks best with! 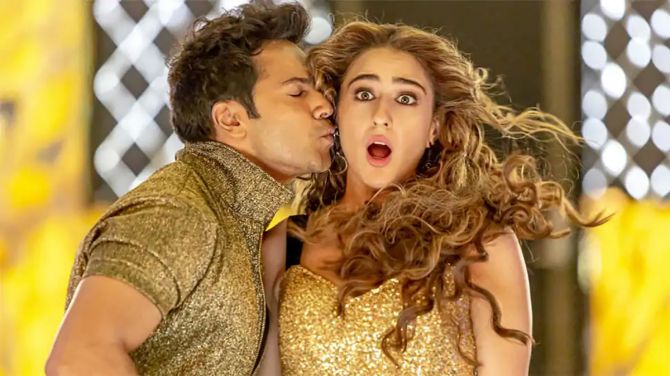 Sara is the newest inclusion in the long list of actresses that Varun has worked with.

Coolie No 1 is Sara's fourth film after Kedarnath, Simmba and Love Aaj Kal.

If the song Husn Hai Suhana is anything to go by, Varun and Sara seem to have enjoyed their time together. 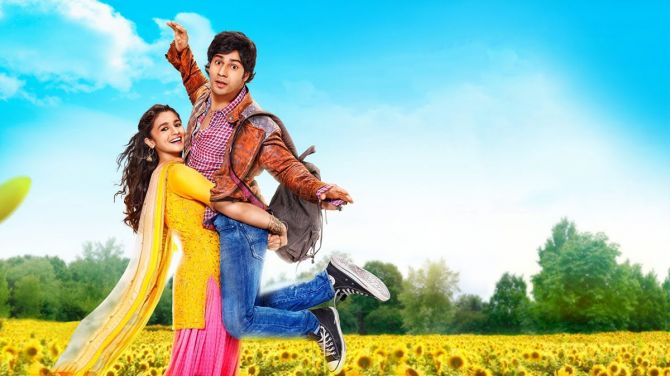 Varun has done the most number of films with Alia.

They started their career together with Student of the Year where Alia was paired with Sidharth Malhotra.

But they were seen together in their popular Dulhania series.

Kalank took the best opening for the Alia-Varun pair, but the film didn't work at the box office. 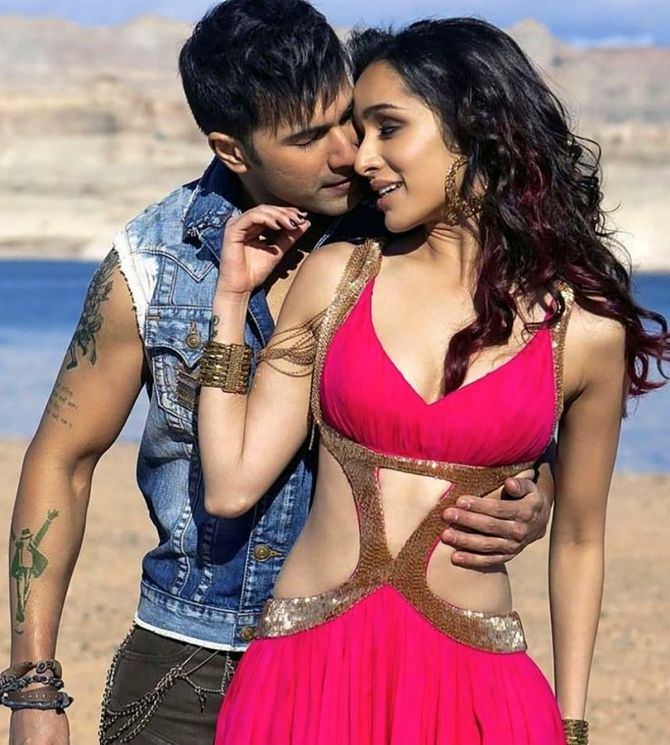 A major hit and an average runner, that's how Varun and Shraddha's films have turned out to be.

Both dance films had the actors share an electrifying presence on the dance floor. Before Coolie No 1, Varun worked with dad David Dhawan on his remake,Judwaa 2.

Jacqueline and Taapsee brought a lot of glamour and masti as they paired with Varun in a double role.

Jacqueline had worked with Varun in Dishoom though she was cast opposite John Abraham. 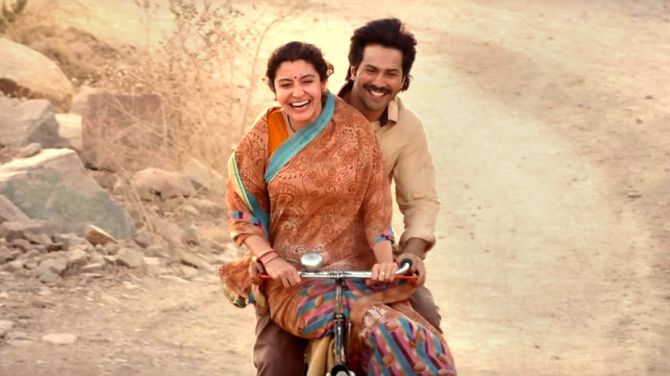 When Varun and Anushka came together for Sui Dhaaga, one expected a typical Yash Raj film with loads of fun, glamour, stylish costumes and songs and dances galore.

However, it was a de-glam outing for both Varun and Anushka.

They looked comfortable as a married couple, and the film got good reviews. Dilwale will probably be remembered more as a Shah Rukh Khan-Kajol film though Varun and Kriti played an important part.

They looked good together, but Varun and Kriti didn't have too many scenes that would have established the chemistry between them. 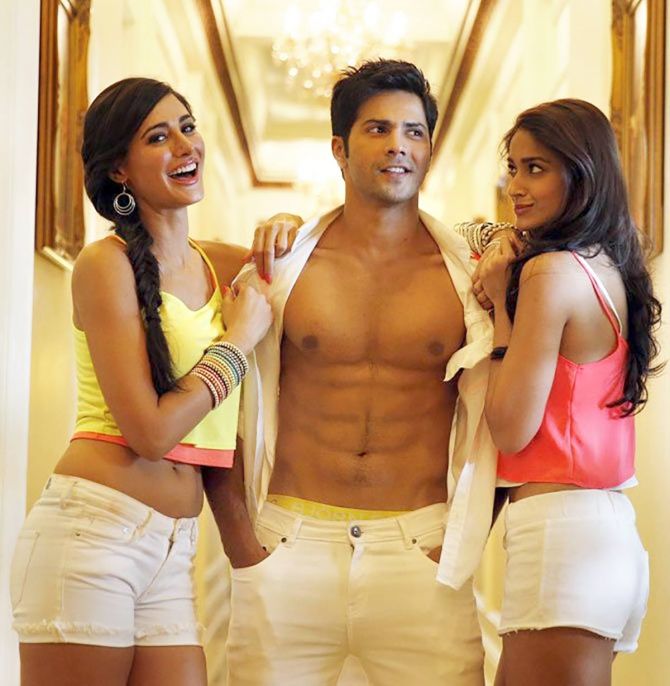 The first time that Varun acted in a film directed by his dad, he had Ileana D'Cruz and Nargis Fakhri opposite him.

David Dhawan has loved this concept (remember Saajan Chale Sasural, Gharwali Baharwali?) and in Main Tera Hero too, he made sure that Varun had his hands full of masti with the girls. 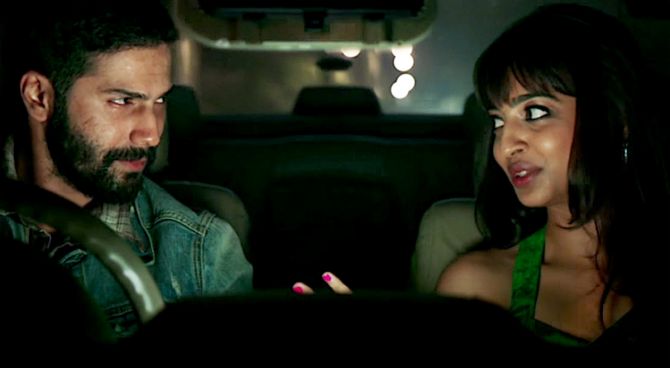 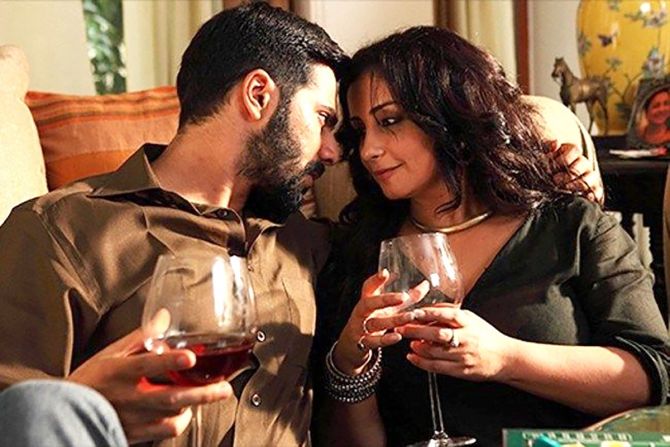 Badlapur was not a romantic film, but Varun had scenes with as many as four leading ladies.

An ensemble affair, Yami, Radhika, Huma and Divya entered the narrative of the Sriram Raghavan film at crucial junctures and brought out different kinds of emotions from Varun. 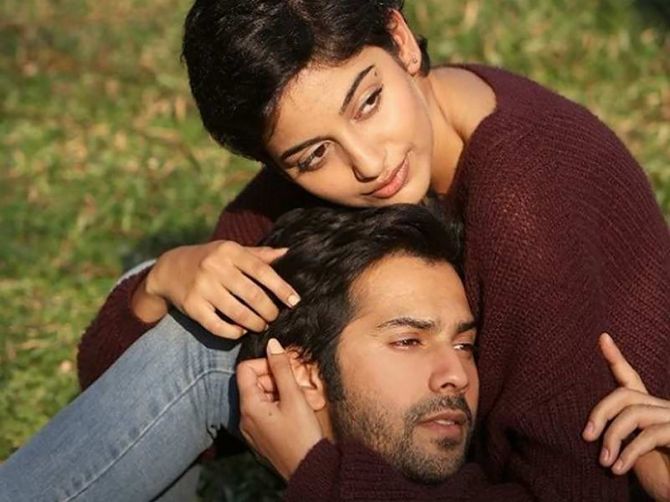 There was no romance between Varun and Banita in October, but such was the narrative put together by Director Shoojit Sircar that elements of care, affection and togetherness were demonstrated right through.

Even though Banita was bound to a hospital bed for most of her screen time, there were some intense emotions. Jug Jug Jeeyo has gone on the floors and this time, Varun has Kiara for company.

The young actress is enjoying a good phase in her career, working in multiple films and getting the opportunity to play different kinds of roles.

This Raj Mehta directorial looks like a light-hearted film.

Who does Varun look best with? VOTE! 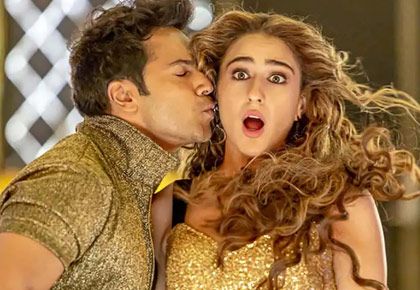