It has been 20 years since the Kargil War.
Sukanya Verma looks back at Lakshya, Farhan Akhtar's memorable film that was inspired by the war in the icy heights where young Indian soldiers fought tireless battles to evict Pakistani troops from our territory. When Lakshya was coming out, hype hit the roof.

Everything about Farhan Akhtar's sophomore effort was expected to match the distinction Dil Chahta Hai had achieved three years ago through its contemporary, stylish, easy-going depiction of urban friendships that revolutionised the language of Bollywood filmmaking.

Only Lakshya, a coming-of-age tale woven within the context of the 1999 Kargil conflict, aimed to fire up a generation disposed to apathy and perfunctory flag-waving. Perhaps it baffled an audience hoping for another round of 'Hum cake ke liye kahin pe bhi jaa sakte hain.' Perhaps it was the plot's tonal shift from breezy romance to wartime strategy.

Either way, Lakshya opened to mixed reviews and disappointing box-office.

Over the years though, the film's rose to prominence as an under-rated drama whose motivational zeal is believed to have inspired many young men to join the armed forces.

Whether or not it's true, Lakshya remains, for a good part, an impactful journey of a youth from slacker to stalwart.

Farhan lends it a sweeping scale and robust energy against Ladakh's arid landscapes and military protocol, but his emotional process is steadily inward. It's this refined aesthetic that makes me wish Farhan would get behind the camera more often.

He finds a spellbinding personification of his creativity in Hrithik Roshan's exceptional talent. The actor's sparkling eyes are all the dialogue he needs.

Whether they're lighting up on hearing his sweetheart share what she loves about him or welling up in pain on seeing her getting engaged or staring in disbelief after gunning down a cluster of enemy lives or telling his father he loves him on the phone in one of Lakshya's most beloved scenes, they are stuff of silver screen poetry. 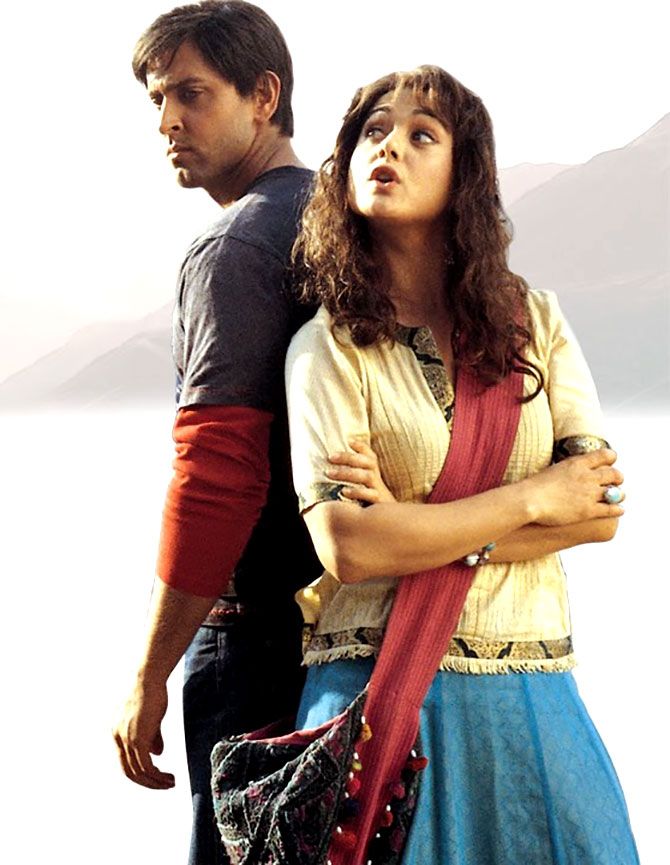 When I revisited Lakshya recently, I found its merits remain the same as do the chink in its armour. The only thing I feel differently about is its soundtrack by Shankar-Ehsaan-Loy. Its soaring and sublime melodies have brewed beautifully over time (something a day on repeat mode when I had to review it back then could not instantly establish) and developed a deep relationship with its listener.

The sentiment and idealism of its songs affect as profoundly on its own as they do in context of the movie. Lakshya wouldn't be the same without its Haan Yehi Rasta Hai Tera, Tune Pehchaana Hai... ardour.

The Akhtar siblings are masters of self-realisation. All their stories are driven by individuals trying to find their place or themselves in the world. And their eloquent father always finds the right words for it.

Written by Javed Akhtar, Lakshya benefits from the man's lyrical rhythm and tajurba -- an attribute he holds rather dear as pointed out in a scene but his storytelling is often weighed down by cinematic datedness.

His slightly sanctimonious tone on matters of feminism or colouring the army in secular shades has a rather 'look what I did here' obviousness about it. The predictability extends to clichéd exuberant soldier -- freshly engaged or homesick -- always the first to become casualties in the line of duty. These tropes may have worked well at the peak of his scriptwriting career but feel redundant and jarring amidst FA's brand of subtlety. 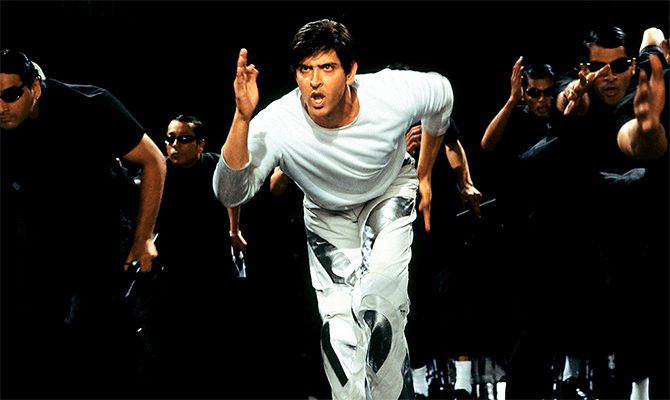 Lakshya opens on a serene note as cinematographer Christopher Popp acquaints us with Ladakh's remote splendour. Whether it's the arresting long shots, riveting close-ups, elegant symmetry and lighting of his compositions, Popp's vision for Lakshya is consistently exciting.

The German-born American Popp retired from cinematography in 2018 to work on his debut as writer with a two-part mystery thriller. Few have captured Hrithik Roshan's gorgeous green eyes and the enormous emotion they brim with as Karan Shergill on whom lies Lakshya's entire focus.

Karan is a living proof of what happens when what Aamir Khan sang in Qayamat Se Qayamat Tak's Papa Kehte Hain comes true. The man doesn't have the slightest idea of what he wants to do.

Karan's cluelessness and inaptitude soon become a concern for his parents and pals as well as a perfect excuse for Farhan to sneak in a slick Prabhudeva choreographed ditty on Hrithik, Main Aisa Kyun Hoon. While his stern father (an excellent Boman Irani) exhibits all the typical desi parenting traits, threatening him with 'You'll do as I say' or face the consequences speech, his mild-mannered mum (Anjula Bedi) suffers from 'Why ca'nt you be more like your older brother?' syndrome.

Told from Karan's privileged perspective, he fails to see what the fuss is about as long as the domestic help delivers breakfast in bed and his girlfriend Romila aka Romi tells him she adores him because he never thinks small or talks cheap.

Their interactions would be far more memorable if it wasn't for all those tacky, woefully distracting wigs. I always though Lakshya would be a superior film if only Farhan had stuck to regular hair. Its over styled looks and conscious effort to surpass the hip quotient of DCH result in unintentional comedy. 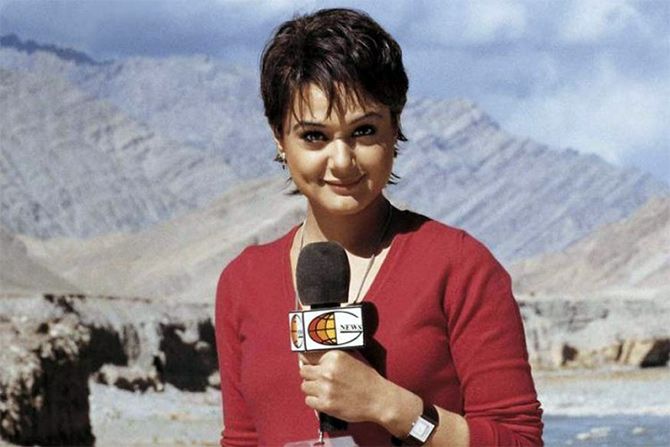 Clearly, Karan has potential to do better, an admission in the Indian Military Academy only reaffirms it, but it's only when he realises how disappointing his lack of effort is perceived by his father and ladylove, he is inspired to do better. Kumud Mishra's 'Toote hue dil se hi sangeet banta hai' logic applies in other fields of work too.;

Against Shankar's thumping title track, Karan pours his heart and soul into becoming the model armyman even as India and Pakistan enter peace talks acting as prelude to the consequent Operation Vijay, which forms the second half of Lakshya.

Farhan steers clear of the politics whilst treading the subject and resists in-your-face jingoism, but the hint of displeasure on Amitabh Bachchan's otherwise deadpan Colonel Sunil Damle (solid as always even if least persuasive as a Maharashtrian) while watching a news clip of then prime minister Atal Bihari Vajpayee embracing Pakistan's then PM Nawaz Sharif says it all. 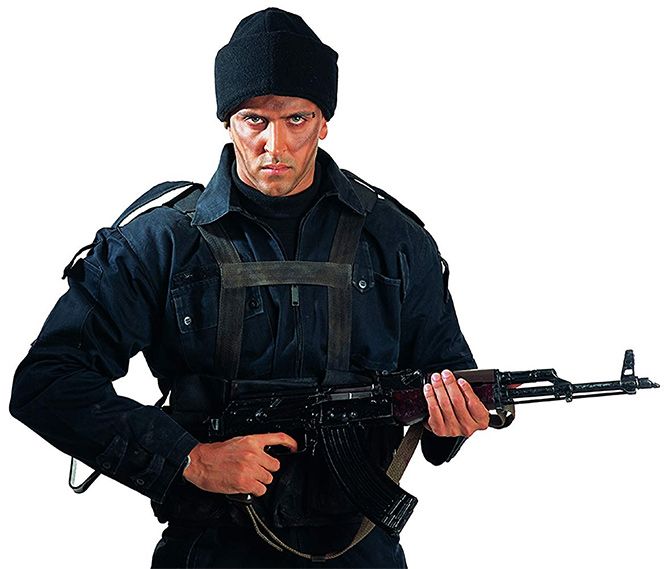 The only time Farhan breaks away from his clear cut, level-headed narrative is to accommodate Kandhon Se Kandhe, pandering to Border-reminiscent patriotic tastes and further prolonging the running time of an almost three hours long movie.

Lakshya has two distinct moods. One of which unfolds during the flashback as a subdued Karan recalls the drama that led to him finding his calling. It's the lightness of those earlier scenes and Hrithik and Preity Zinta's easy warmth that the second half builds on to make his transformation and their estrangement and uncomfortable silences all the more poignant as captured deftly in the lingering melancholy of Kitni Baatein Yaad Aati Hain. 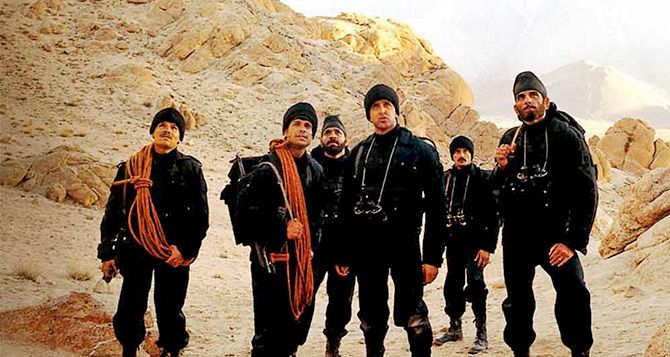 There's visible admiration for the men in uniform, their dedication, discipline and contribution, a lovely line from Om Puri sums it all -- 'Sipahi kitni jaldi apne aansoo pee jaata hai.'

But Lakshya isn't so much about war as it is about bravery. Sometimes recognising who are you and wanting to be only that is the bravest thing a man or woman can do. 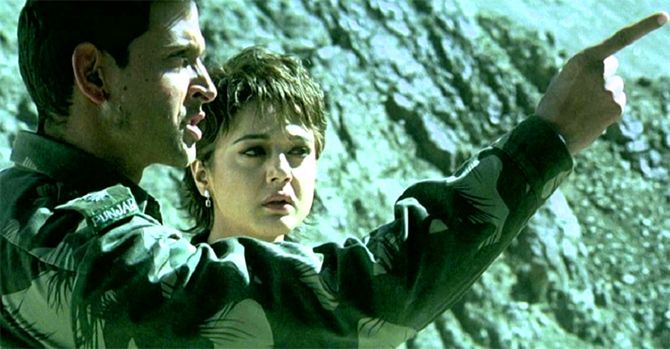 Preity Zinta's spunky Romila, modelled after journalist Barkha Dutt, certainly does, dumping guy after guy if not worthy of her respect.

Eventually Karan will too. From a father rebuking his drifter ways, 'Aise hi time waste karte rahoge ya zindagi main kuch kaam bhi karoge' to a father beaming with pride and stating, 'shabaash,' his mission is clear and simple.

Though Lakshya is teeming in valour, only one man's courage matters.

Planting the tricolour is symbolic and conclusive of Karan's complete metamorphosis from boy to man. He has to do it alone and prove he's hero not hopeless.

It's this solitary soldier that admirers of the movie find inspiring while detractors see as a weakness and dumbing down of a collective team effort.