As 2021 comes to a close, it's time to look back at all the Web series and movies that made a difference.

In a new series, Bollywood's towering talents, who themselves made brilliant works this year, pick their favourite show of 2021, and tell us just why they loved it.

In a chat with Rediff.com Contributor Roshmila Bhattacharya, Nikkhil picks the Kate Winslet-starrer Web series Mare of Easttown as the show that grabbed his interest for its blatant disregard of the so-called winning formula and encouraged him to think out-of-the-box. Mare of Easttown, the seven-episode, crime drama limited series, is my must-watch for this year simply because it was everything it promised to be and so much more.

The HBO original, which one can watch in India on Disney+Hotstar, plays out in a small town in the US.

It starts out slowly, with Mare investigating the murder of a teenager and a single mother, Erin McMenamin, and goes on to touch on the lives of those in the insular Pennsylvania community, including her own.

She married her school sweetheart, divorced him, and driven by the need to find a man, she takes on a new lover. She has also acquired a new partner at work who's the very opposite of this manic, depressive detective whose son committed suicide and whose moody teenage daughter is exploring her own sexuality.

If that's not enough to pull her down, Mare deals with the guilt that a community which still eulogises her for its only achievement, a basketball game 25 years ago she won with her shot, while also holding her responsible for an unsolved crime. Brad Inglesby (The Way Back) and Craig Zobel's (Compliance) creative collaboration is a complex tapestry of human emotions, made more fascinating by the fact that one soon realises that while investigating a murder, it is also addressing the issues that plague a suburban American community, from drugs, parental failure to the church and sexual misconduct allegations, peeling away layer after layer off each seemingly dour and drab character.

The show boasts of many enriching performances, with Kate leading the pack.

We still remember this actress as Rose, the Titanic sweetheart, whose intimate moments with Leonardo DiCaprio in the film made us sigh for its sheer romance.

Twenty-four years later, one is shocked to see her in bed with no makeup and no attempts to hide the ungainly tires and stretch marks.

As a director, it's a dream to work with such an actor who can surrender so selflessly to a character.

Kate is courageous, like our very own Shabana Azmi, who all through her long and brilliantly diverse career, has never been afraid to deglamorise herself on screen to bring authenticity to a performance.

I am equally sure that two other fearless actors I had the privilege to work with this year, Konkona Sen Sharma and Richa Chadha, would agree in a heartbeat to do something just as brave if they were convinced the role demanded it. All three actors challenge me as a director and in turn, expect to be challenged as actors. IMAGE: Shabana Azmi in The Empire.

Evan Peters, as the bright-eyed Detective Colin Zabel, Mare's deputy, is brilliant, as is Guy Pierce as the guy she is attracted to, an author and creative writing professor.

For me, what works as a producer is that the mini series cocks a snook at the so-called formula which the OTT gurus have been preaching, one of them being that a show needs to be pacy and edgy to not only draw its audience, but keep them watching.

It's as if Mare of Easttown deliberately sets out to break all the 'aisa karna chaiye, waisa karna chahiye' rules laid down by these know-it-alls.

Doing it in the way they think works best, the makers come up with a wonderful show that keeps you hooked despite the fact that it is dense, intense, a bubbling cauldron of disgruntlement, discontent and depression and time often stands still in Mare's world.

It gives me hope in the midst of its hopelessness.

Over the last 18 months, since the pandemic began, many of the new shows which were conceived, green-lit and produced during the lockdown, some of which have started airing now, have redefined the term entertainment.

Their makers have had time to sit back and think about how to raise the bar in keeping with the audience demand.

Today, I can say with certainty that formulae won't work. You need to break with the formula to make an impact. In this context, I'd like to mention two other shows, The Queen's Gambit and The Wire. They came earlier, but I joined the party late and they blew my mind.

The former is a 2020 Netflix mini series, the coming-of-age story of a chess prodigy, Elizabeth Harmon, played to perfection by Anya Taylor-Joy.

The Wire is a five-season, 60-episode unbelievably good HBO original, available on Disney+Hotstar, which aired between 2002-2008.

Ranked Number 1 among the 100 Best Shows of the 21st Century by the BBC, David Simons and Ed Burns's The Wire is gritty and real, adjectives that people now append some of my work with. Like Mare of Easttown, it offers a window to the tragic and horrific lives of people in an inner city in the US, in this case West Baltimore. and especially Black Americans.

Every episode takes up a new issue, from drugs, gangs and government to schools, media, politics and the police.

It talks about cops who are doctoring evidence and breaking rules all the time to solve cases.

Having spoken to cops occasionally as part of my prep, I've been told first-hand that if they were to stick to protocol, they would never close any file.

But this brings up ethical issues about what is right and what is wrong, who are actually the good guys and who are bad. 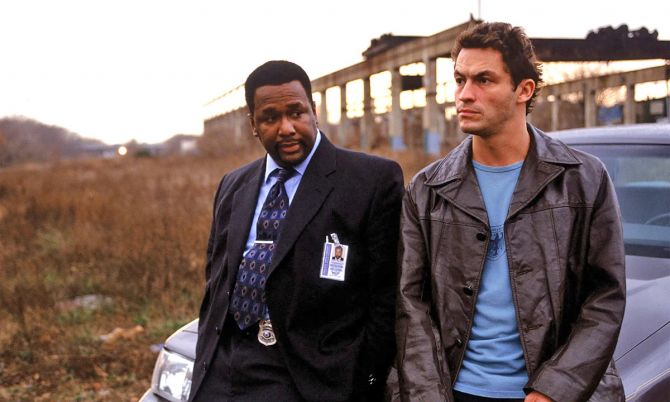 Like Mare of Easttown, The Wire too has some brilliant performances. It made two little-known British actors, Dominic West and Idris Elba, household names, introduced Michael B Jordan and made a cult hero of Michael K Willimas.

But again, in a surprising move which showed confidence in its content and its audience, it sidelined West after making him a star with the first two episodes, turning the focus on a kid.

It's heartening that a streaming giant like HBO, the pioneer of the OTT revolution, is okay to being a rule-breaker and inspires me to spring a few surprises of my own with a series like Mumbai Diaries, which was flagged off this year. 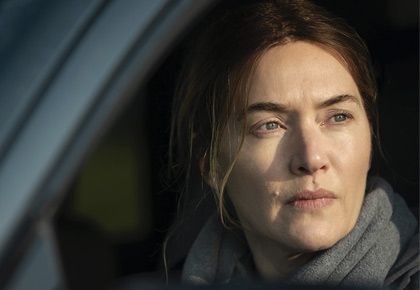