The Very Best of Moushumi Chatterjee

In an industry where it is common to sound the last trumpet for an actress no sooner has she tied the knot, Moushumi Chatterjee is a shining example of nothing can stop talent from going places.

By the time she began work on her first Hindi film, she was already married to Hemantda's son, Jayanta.

Pretty, puckish and playful, the silver screen brightened up before her blithe charm and carefree ways.

These enduring attributes continue to contribute towards her zesty persona in latter-day roles.

On her birthday, Sukanya Verma looks at the spunky star's memorable movie journey. 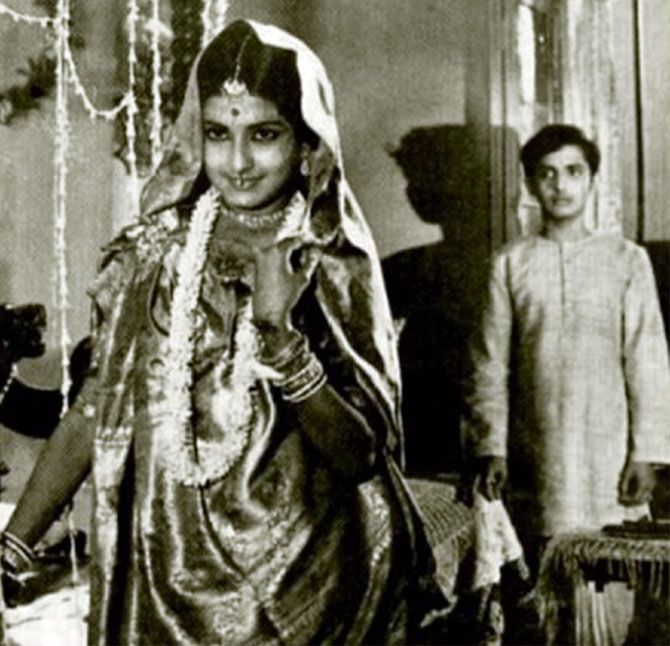 A teenage Moushumi exudes innocence as the inexperienced, under-aged bride of Tarun Majumdar's old-fashioned drama, which was later remade in Hindi with Sachin and Rajni Sharma in the lead. 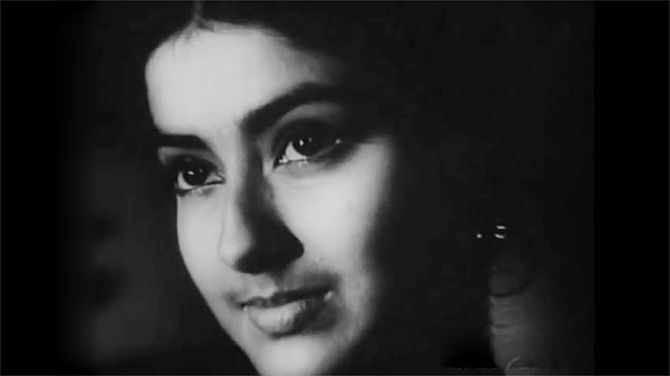 The many adaptations of Sarat Chandra Chattopadhyay's Parineeta include Moushumi's graceful rendition of a young woman's unflinching devotion to her childhood sweetheart. 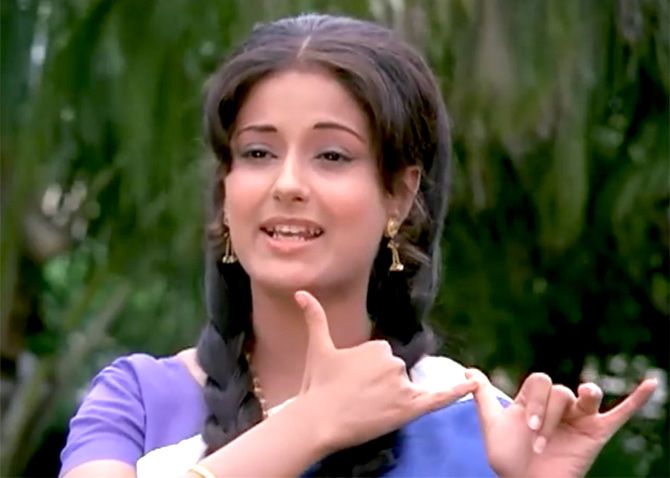 Moushumi's understated delivery fetched her a Best Actress Filmfare nomination, but she lost out to Dimple Kapadia and Jaya Bachchan for Bobby and Abhimaan respectively. 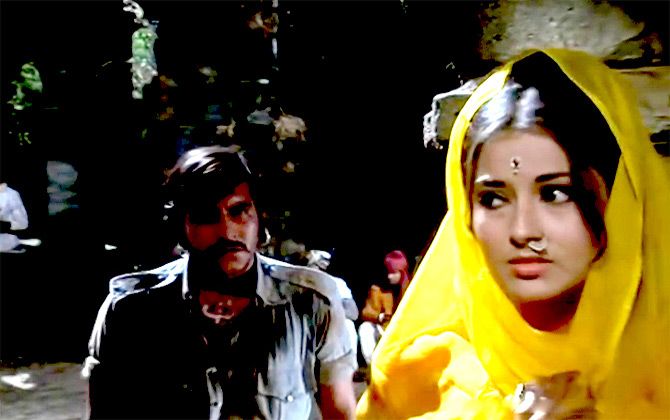 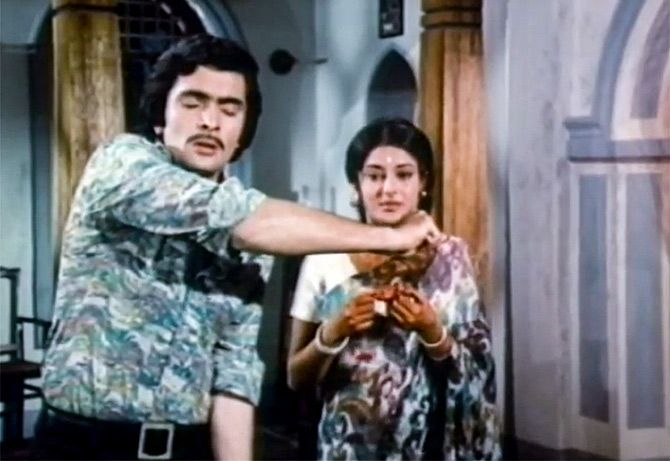 Best remembered for the chartbuster O Hansini and Rishi Kapoor's sullen avatar. At one point, he is forced to make his sweetheart his sister.

Playing the girl in question, Moushumi's ease around such oddness is rather commendable. 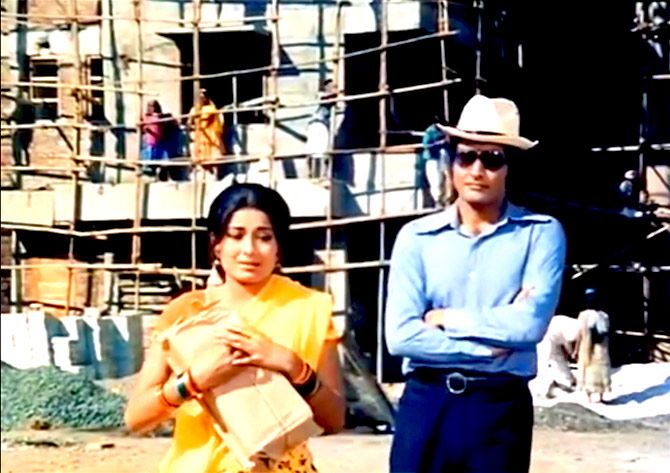 'Shooting the scene was tough. I had long hair and in the scene, a lot of flour falls on my head and body. I started sweating and everything just stuck to my hair. I started crying,' she is quoted as saying. 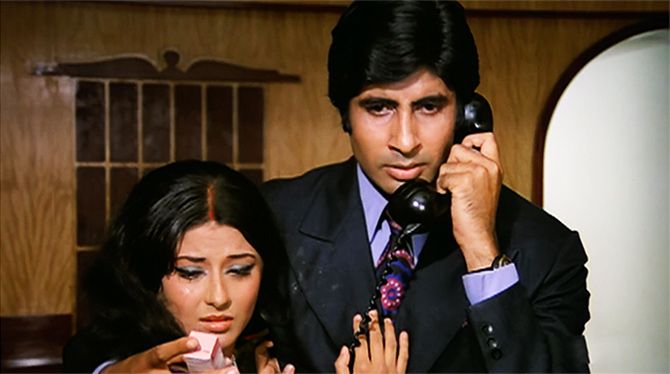 Both Moushumi and Amitabh Bachchan paint a believable picture of marital harmony, one that is disturbed after their son goes missing in Benaam. 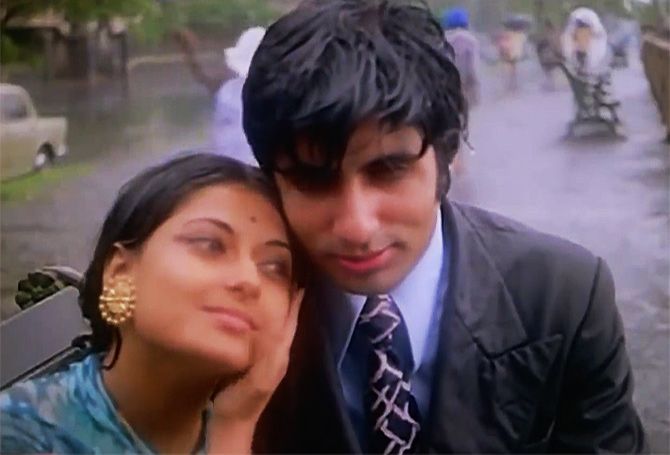 The Big B and Moushumi walking hand-in-hand through Mumbai rains offers an unforgettable glimpse into their sublime chemistry in Manzil's monsoon melody, Rimjhim Gire Saawan. 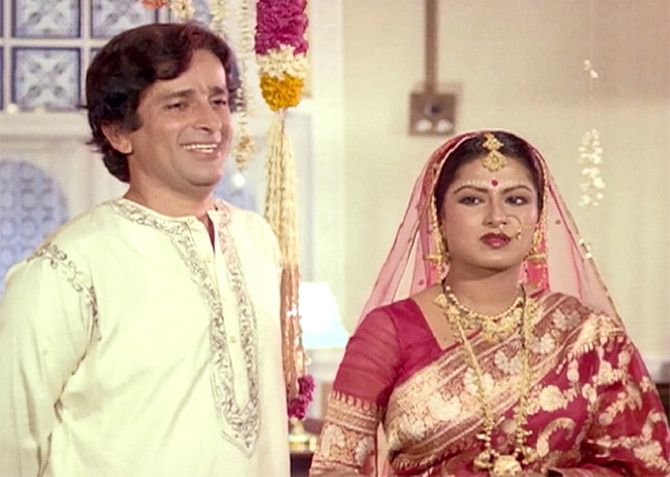 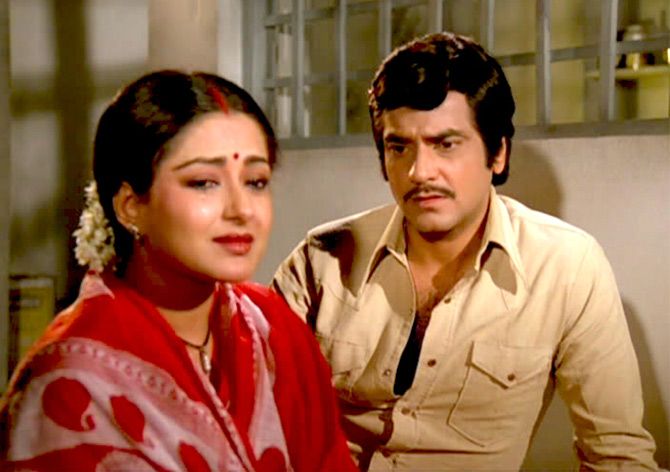 Sassy or sentimental, Moushumi's emotional flexibility made her super popular among film-makers.

The actress evokes every bit of sympathy as Jeetendra's ailing, despondent, wife in Pyaasa Saawan. Gulzar's comedy of errors thrives on actors with an understated sense of humour. 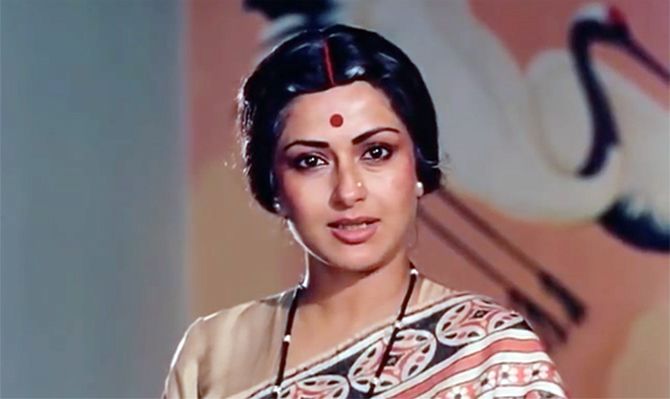 By the end of 1980s, Moushumi had relegated to supporting parts of mum and bhabhi.

As Sunny Deol's grief-struck sister-in-law in Ghayal, she provided a run-of-the-mill role much credibility. 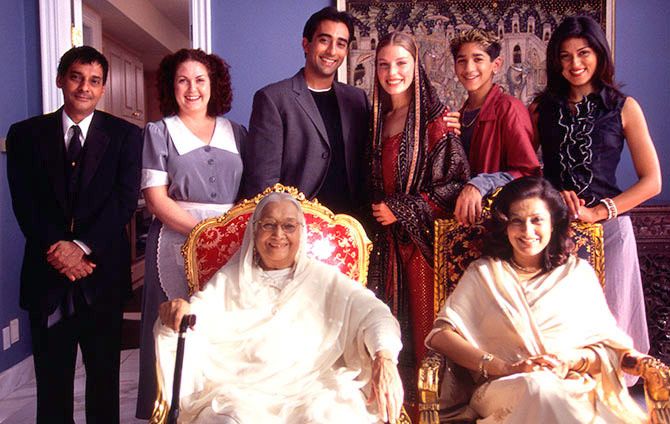 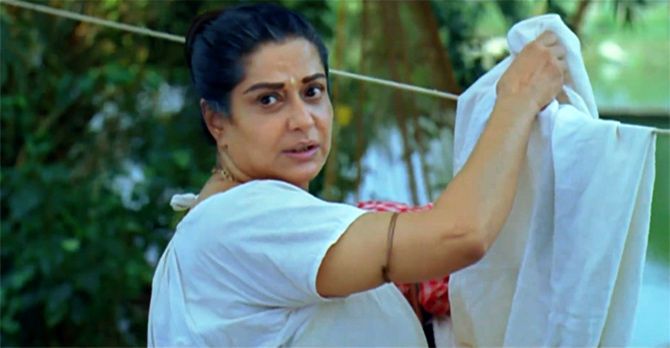 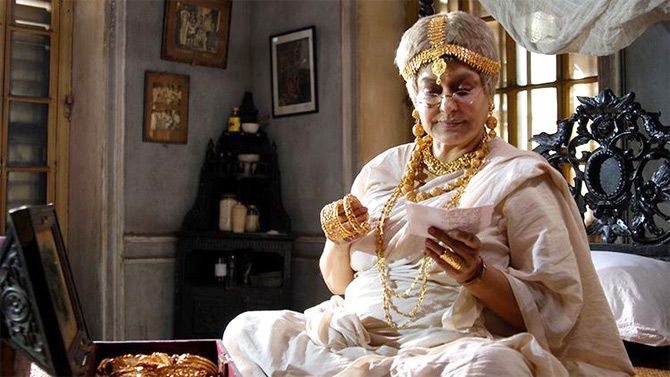 The actress repeats some of that description in yet another Aparna Sen feature.

She is wickedly good in her depiction of a bitter but lustful ghost still holding on to her mortal possessions when not scaring the life out of her stuttering niece-in-law. 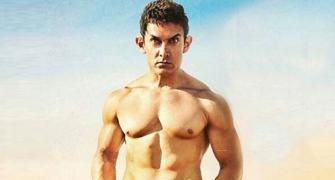 Quiz: How well do you know Moushumi Chatterjee? 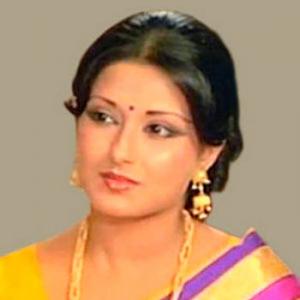