Akshay Kumar likes to have at least three or four releases every year.

This year too, he had four lined up for release -- Laxmii Bomb, Sooryavanshi, Prithviraj and Bachchan Pandey -- before the pandemic struck.

While Laxmii Bomb released, the others have been pushed to the next year, and will add to his already thought-out 2021 plan.

Folks, 2021 will see an Akshay Kumar film festival play out in the theatres.

Joginder Tuteja takes us through them. The Sooryavanshi promo arrived in March, but and the pandemic showed its ugly face right after.

The Rohit Shetty directed film was initially supposed to release on March 24, and since then it has been getting continuously shifted ahead.

Finally, it's all set to release in the first quarter of 2021. 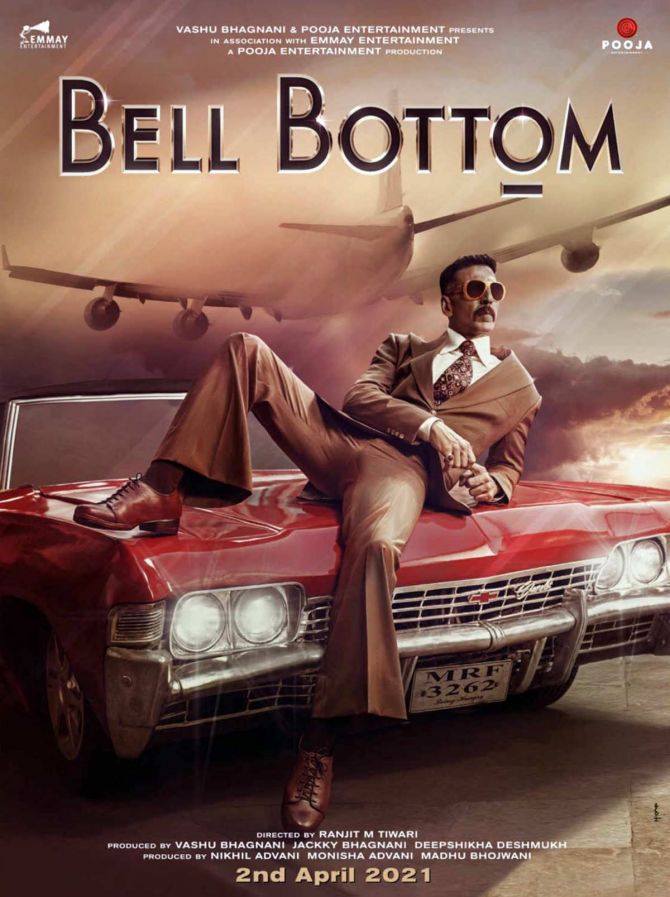 This was, in fact, the first film to have an outdoor shoot during the pandemic and it was completed in record time.

The team, including Akshay, Lara Dutta, Huma Qureshi, Producers Deepshikha Deshmukh, Jackky Bhagnani, their parents Puja and Vashu Bhagnani and Director Ranjit M Tewari, left for Scotland to shoot for Bell Bottom in a start-to-finish schedule and the film is now already in post production.

An action thriller, this one is set for an April 2 release. 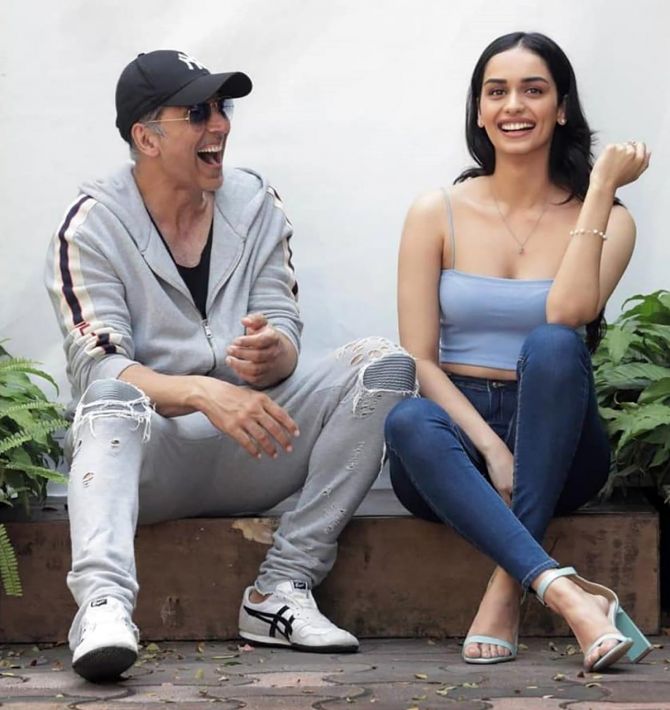 Yash Raj Films announced Prithviraj as its Diwali release, but now, it will hit screens on a major holiday in 2021.

An epic action drama in the offering, this will be Miss World Manushi Chillar's big Bollywood debut. 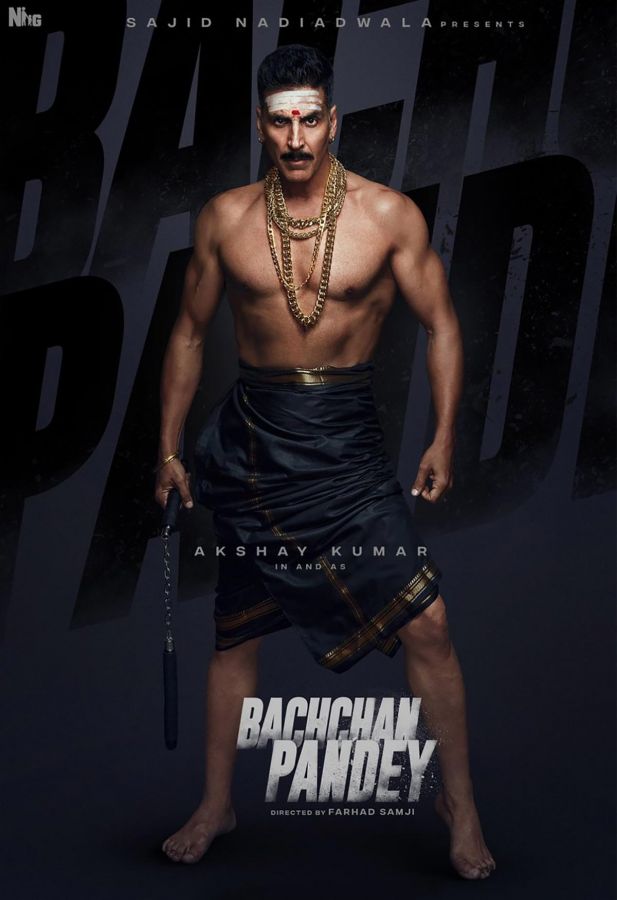 Bachchan Pandey was slated for a Christmas 2020 release, but instead, this will go on the floors during this time.

Producer Sajid Nadiadwala and Akshay go back a long way; last year, their Housefull 4 was a major success despite bad reviews.

With Bachchan Pandey, Akshay steps into another masala entertainer. 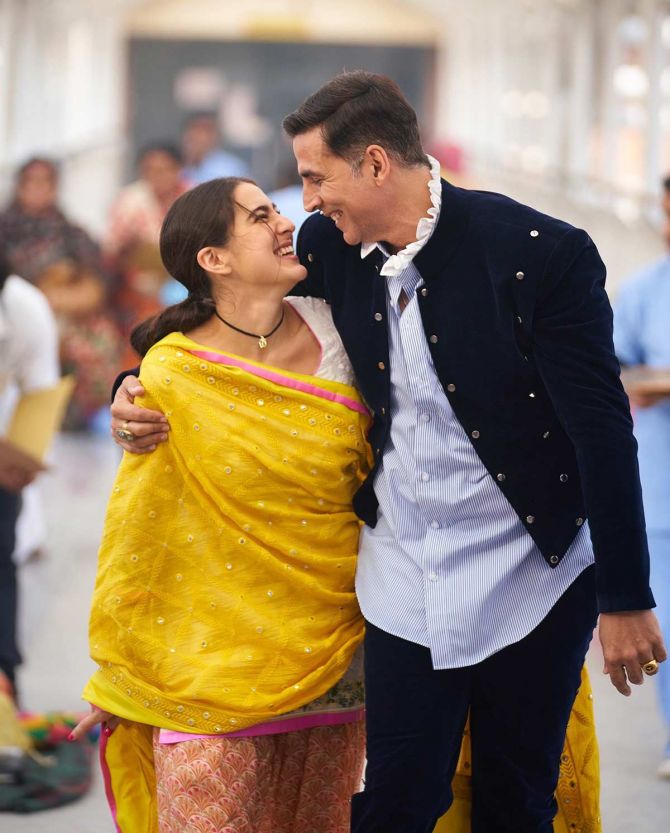 Akshay is shooting for Atrangi Re which has Director Aanand L Rai bringing romance and music on screen.

Just recently, a promotional pic from the film featuring the 53-year old actor with his leading lady, 25-year-old Sara Ali Khan, was revealed.

Also starring Dhanush, the leading man of the director's hit film Raanjhanaa, this one will have a different kind of offering. There are hardly any Hindi films are made on the brother-sister relationship and Akshay steps into sibling mode with Raksha Bandhan.

This will be his second successive film with Aanand L Rai.

One waits for the announcement of the rest of the cast for this film, which arrives next Diwali. Just when one thought that Akshay would be taking a breather of sorts, courtesy the number of his films on floors, the actor has surprised everyone with the announcement of another film, Ram Setu.

It features him as a man on a mission, who sets out to find out if the legend of 'Ram Setu' truly exists. 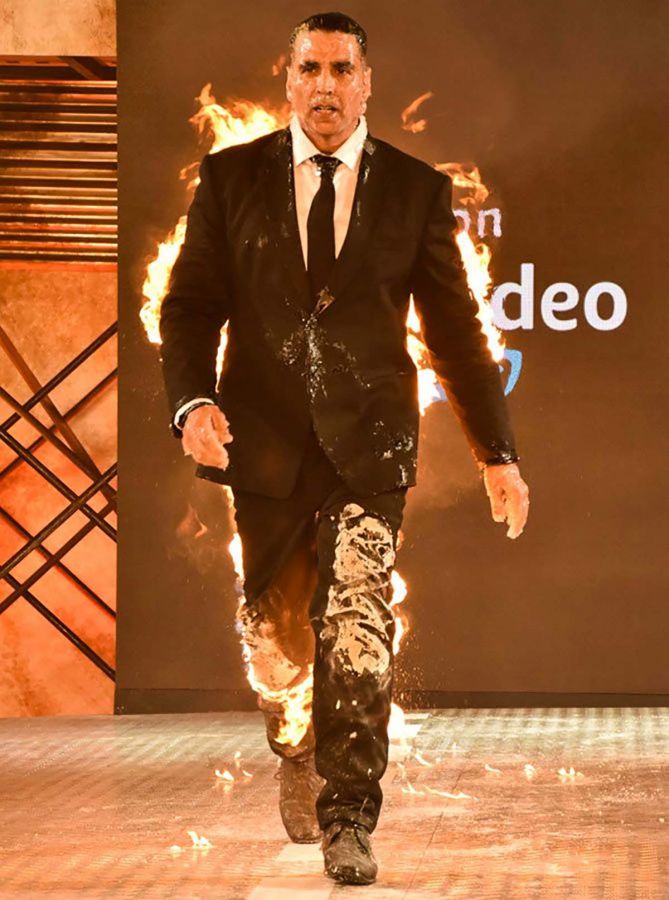 A Web series that was announced a while ago, The End is made by Vikram Malhotra for Amazon Prime Video.

An action thriller, one expects it to release in 2022. 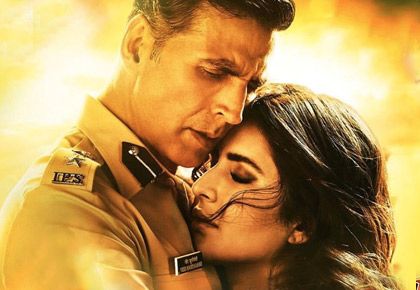