There's a reason he was called Baba Ranchoddas in 3 Idiots.

Celebrated actor, socially conscious filmmaker and master of movie promotion Aamir Khan is a man of many talents.

Yet his most spectacular gift is to inspire with words.

When Advait Chandan heard him comfort an anxious father by likening talented kids to soda bubbles who cannot be stopped from rising to the top, he decided to turn it into the focal point of his directorial debut, Secret Superstar.

Starring Aamir as the quirky mentor to his Dangal daughter Zaira Wasim, these golden words are once again repeated to inspiring effect in the film.

As we wait to be dazzled by the star's Diwali offering, here are 10 times he impressed us with his profound gyaan and unbeatable logic. 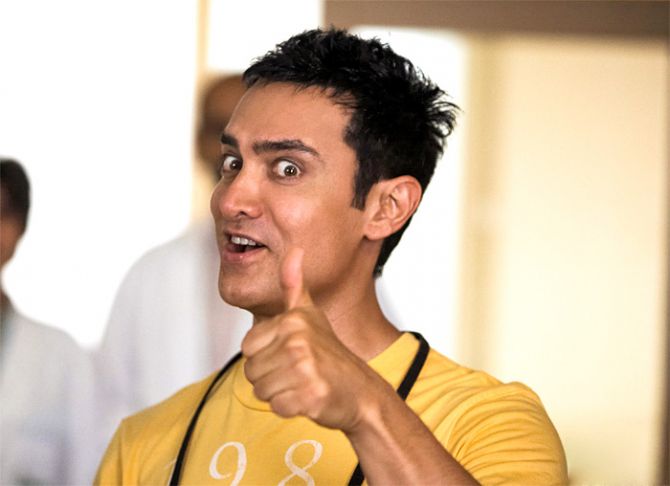 As the problem-solving engineering student, Aamir's Rancho is bubbling with exceptional ideas.

'Dil darpok hai, isko bewakoof banake rakho,' he advises, while passing on the 'all is well' mantra to his roomies.

The crazy amount of money 3 Idiots made at the box office says a lot about the cult of Baba Ranchoddas. 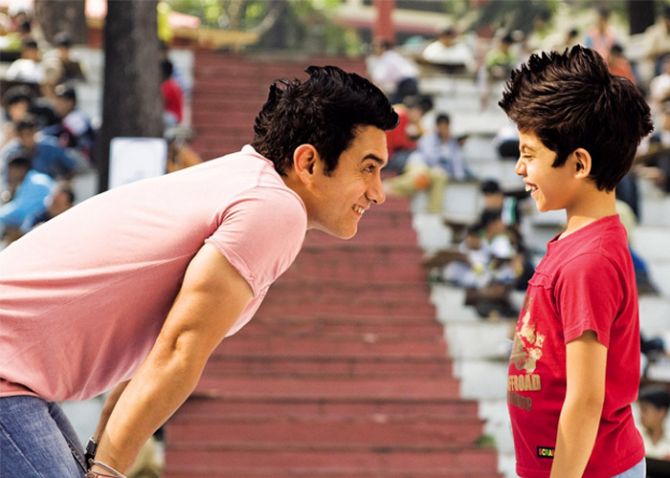 A super serious Aamir lectures on the importance of TLC and good parenting in his 'Khayal mein ilaaj ki shakti hai' speech, as part of his sympathetic art teacher gig on screen and purposeful filmmaker off it. 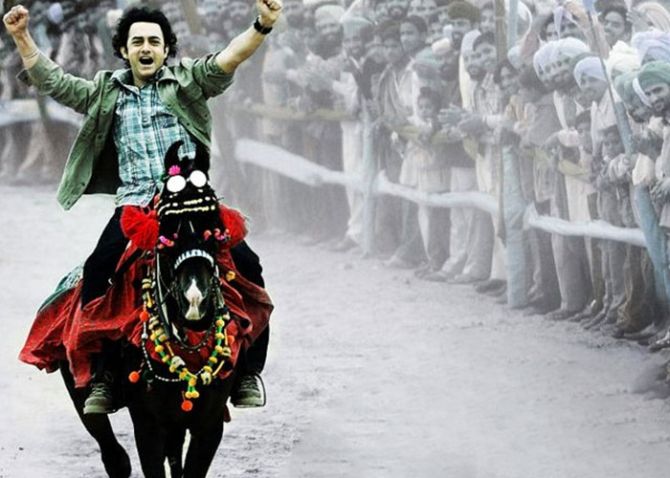 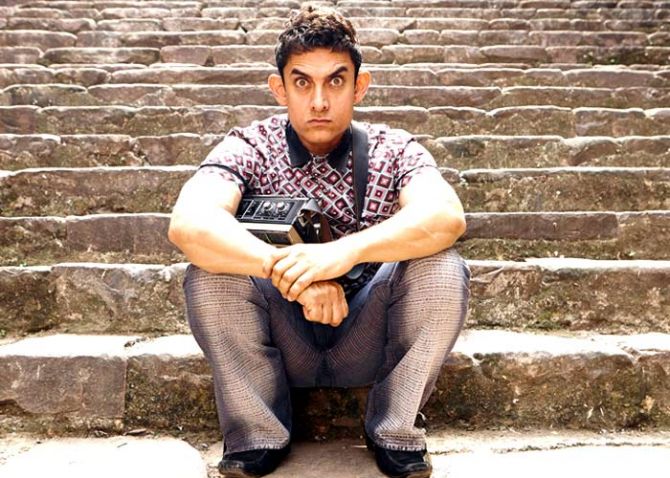 Whether aliens wear clothes or not, Aamir's hilarious naked crow retort does have a point. IMAGE: Aamir Khan voiced Pluto, the dog who played the narrator in Dil Dhadakne Do.

Trust Aamir to have a serious opinion even when he's voicing a cute canine. 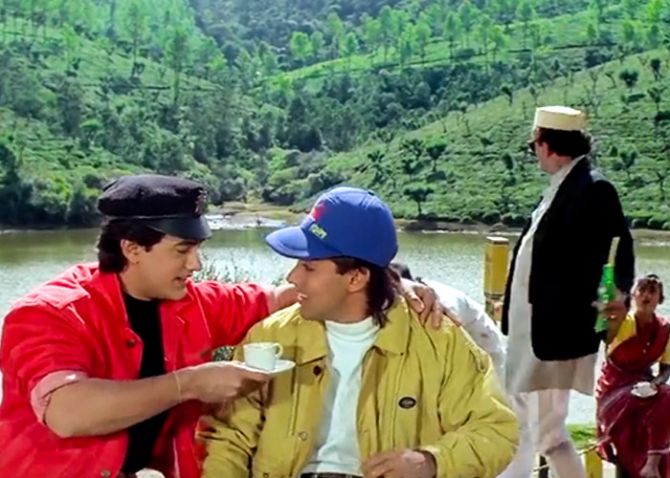 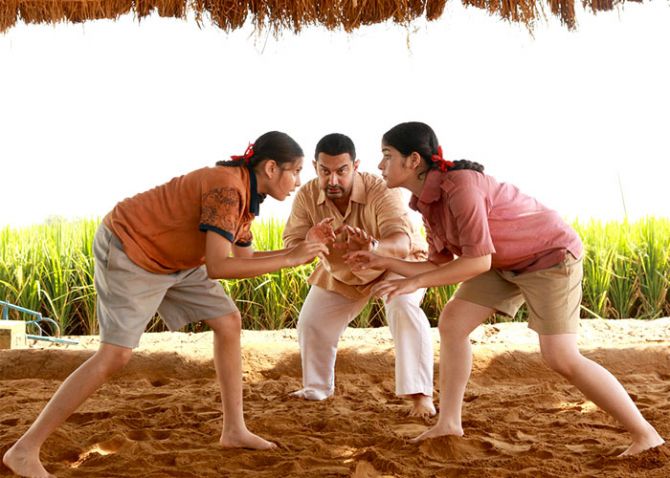 Aamir's taskmaster bapu in Dangal is not easy on his girls or their pursuit of Olympic glory.

But he's quick to see through the stupidity of his previously held sexist views by acknowledging 'Gold toh gold hota hai' whether won by a boy or a girl. 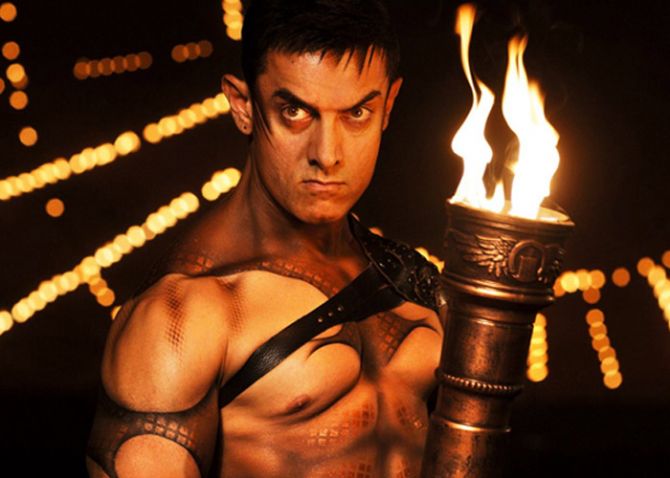 The star's anti-hero turn, juggling circus and robbery in Dhoom 3, is a clear nod to the flamboyant breed of Bollywood antagonists. 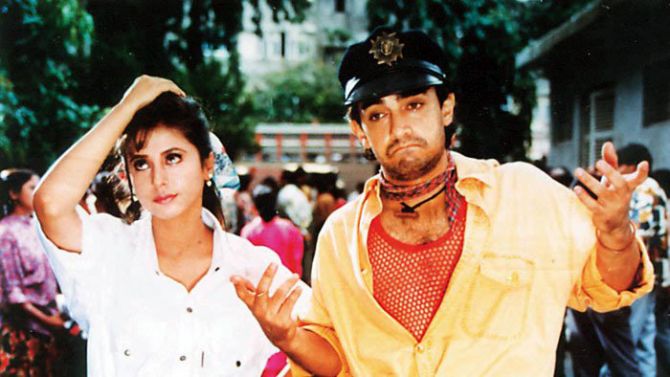 Every time an Aamir release hits the screens, general public sentiment is it will have something substantial to offer. 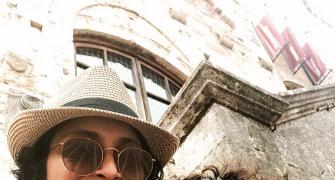 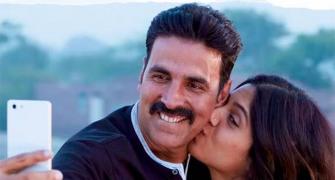 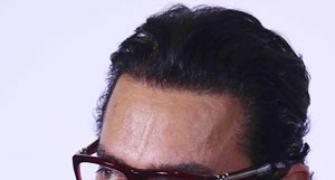 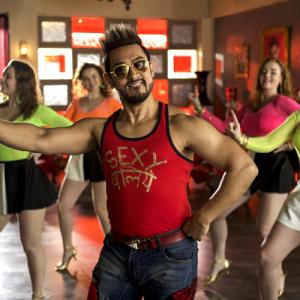 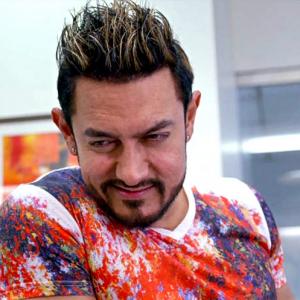