"Oh my God, I can go on and on," says Shraddha Kapoor when we ask her what her movies have taught her.

"All my movies have been close to me," she says. "How can I talk about every movie so quickly?" she wonders, doodling her worry on a piece of paper.

Though she made her debut in 2010 with big names like Amitabh Bachchan, Ben Kingsley and R Madhavan in Teen Patti, the film failed.

Her next film, Luv Ka The End, didn't do well either.

What changed the game for her was Aashiqui 2, which released in 2013.

The film was a hit and, since then, there has been no looking back for Shraddha.

Shraddha picks a few movies from her filmography and shares her experiences with Rediff.com's Jahnavi Patel: It was amazing because I love dancing.

We prepped for it for about four to five months before we started shooting.

I am really excited about Saina (badminton champion Saina Nehwal's biopic). I have taken about 32 classes in badminton (till mid September) and I am having a blast. Just to get into that character, to play someone from the age of 17 to 45 years has been quite an experience. It was an emotionally intense experience. I took about 15 classes in basketball for the film.

Mohit Suri (the director) was very sure that he wanted to portray the pain my character goes through in a different way.

There were a couple of scenes where my character would be crying and he was like, "I still want you to smile through it."

We worked very hard to bring what he wanted to the big screen. 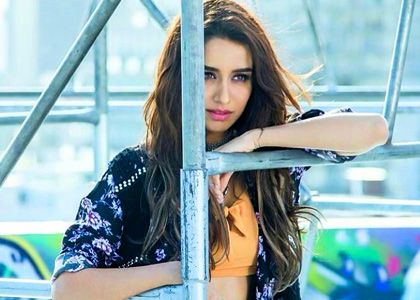