Samuel Singh may have a deep affection for India, but he continues to retain his very African sense of politeness.

"A very good afternoon to you," he joyously announces over the phone from Lagos, the Nigerian capital he now calls home.

For the longest time, his adopted home was India, where he arrived in 2010 for treatment for cancer in the wrist and then stayed on -- first as a BTech student at Jaipur's Suresh Gyan Vihar University and later as a graduate trainee in Gurugram.

"The first time I went back home to Nigeria, I found things really tough. I had so gotten used to things here -- the people, the food, the climate," recalls Singh.

During his time in Jaipur, Singh wasn't fascinated as much by the fundamentals of engineering as he was by the music culture around him.

Surrounded by friends from Uttar Pradesh and Bihar, he developed a particular fondness for the Bhojpuri genre. Soon, he started giving the otherwise sleazy lyrics and raucous melodies his own twist, recreating songs with Afro, Calypso, EDM and hip-hop beats.

In 2017, Singh posted a rendition of popular Bhojpuri singer Pawan Singh's Lollipop Lagelu, whose original video has background dancers, predictably smitten by a lehenga-clad woman in the lead, crooning to the lyrics in shimmery silver tops and gleaming red pants.

Singh's version, a milder, more soothing cover that had him singing into a microphone inside his studio, became an instant sensation.

The 27 year old always looks to retain the soul and earthiness of the original song, with his distinctive Nigerian twang often adding a much-needed calmness to the music.

"It's not fair to say that I'm only into Bhojpuri music. I listen to all kinds of Indian stuff -- Bollywood included -- and pick songs that I feel I can add my quirky touch to," says Singh, who speaks little Hindi but makes sure to reply to fans on social media in the language.

Singh's Facebook following is close to 23,000, a quite formidable figure for someone who considers himself only a part-time musician.

"For me, it all started as an experiment. I remember my mum telling I was crazy when I recorded my first song. Now, she's immensely proud," says Singh who works as a small-scale transporter. Similar support has come from his brother who doubles up as his producer and audio editor.

The last name he uses, Singh (originally Samuel Adepoju), is another of those very Indian things he picked up along the way.

"I was looking for something that would connect with the audience. 'Singh' is a common surname in India, so I just went with it. Plus, it's a play on 'sing'. I like it."

And while he hasn't met any Indian singers or film stars, Rajinikanth is a hot favourite.

"In college, Rajinikanth was a constant theme. You can't live in India and not love that guy."

Just like Rajinikanth, Singh's popularity isn't restricted to the internet, either. When Bollywood singer Neha Kakkar performed in Lagos last year, several fans in attendance recognised Singh at the concert.

When dancer and reality show host Raghav Juyal met him in India last year, he instantly recalled his videos.

"It's always great when people recognise you. But when celebrities say that they've seen you on YouTube, it's even better."

Given the multitude of songs and genres he likes to dabble in -- he has also produced covers for Bollywood songs such as Tum Hi Ho (Afro-beat-style), Tareefan and Lungi Dance -- Singh is uncertain of what he'll come up with next.

"I'm looking for good music all the time. If I like it, I'll turn it around into something offbeat." 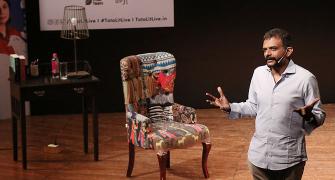 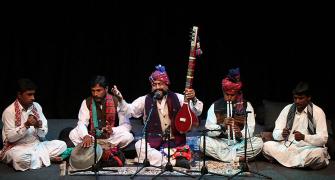 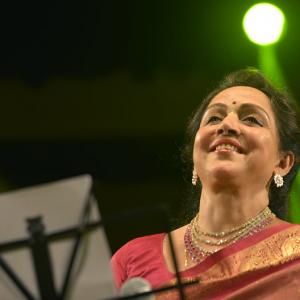 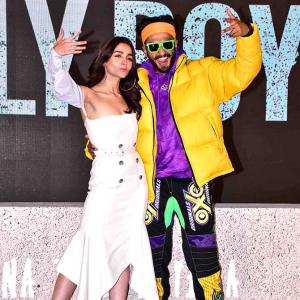